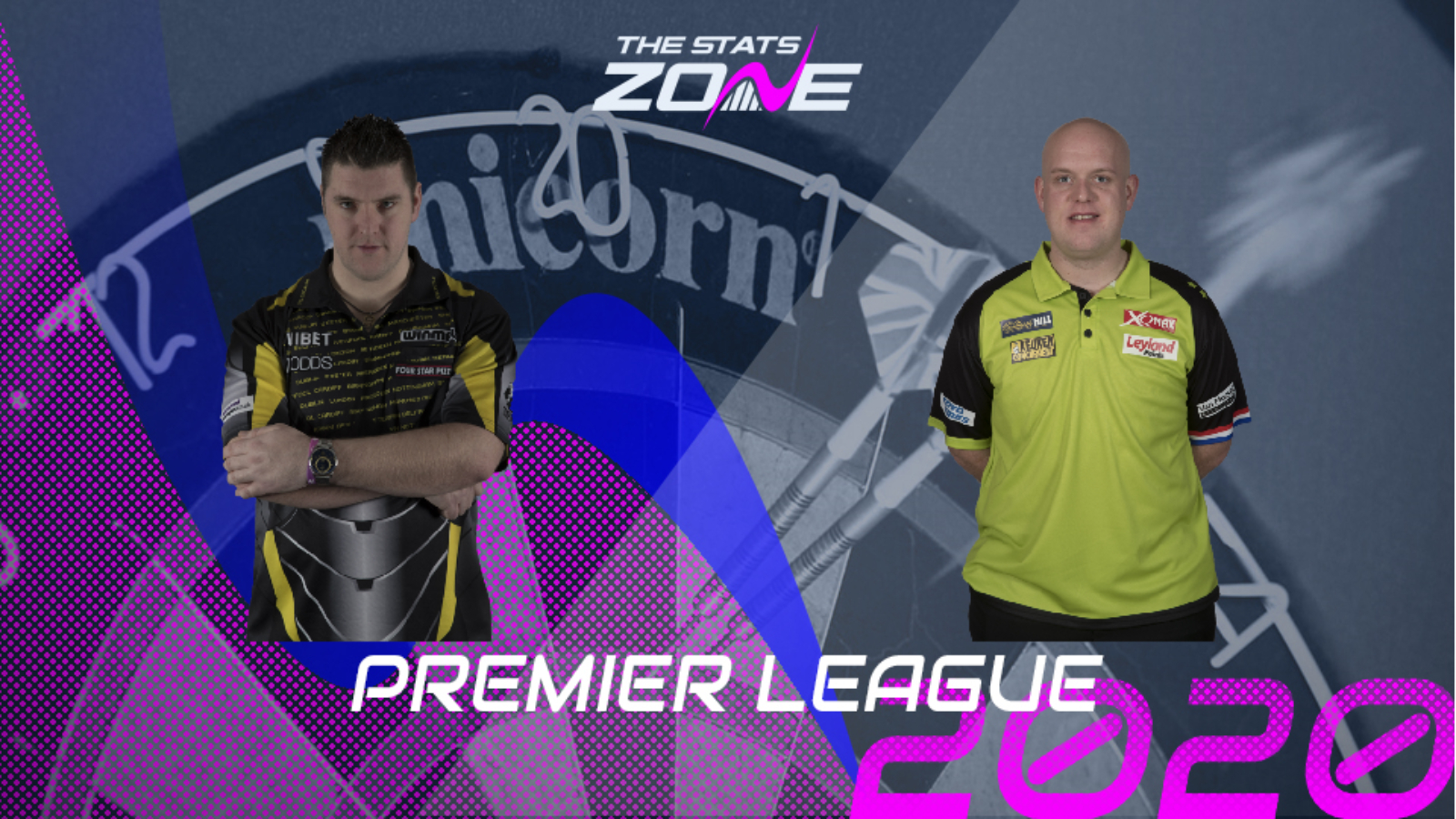 What channel is Daryl Gurney vs Michael van Gerwen on? Sky Sports Action

Where can I stream Daryl Gurney vs Michael van Gerwen? Sky Sports subscribers can stream the match via Sky Go

Where can I get tickets for Daryl Gurney vs Michael van Gerwen? Click here to purchase tickets for the 2020 Premier League Darts

What was the score in the last meeting? Michael van Gerwen beat Daryl Gurney 8-3

Michael van Gerwen proved some of his doubters wrong with a very accomplished performance against Peter Wright last Thursday. It has to be said though that had Wright taken his chances early on it could have been a different story and failure to reach the quarter-finals in any of the two Players Championship tournaments at the weekend just gone shows he is still not at his dominant best. Daryl Gurney did the double over Van Gerwen in the league phase last year, he won’t fear the challenge ahead of him but his form is not great and he does not look to be playing at a level which suggests he can come out on top in the key moments against Van Gerwen. A 7-4 win for the Dutchman is the predicted outcome.