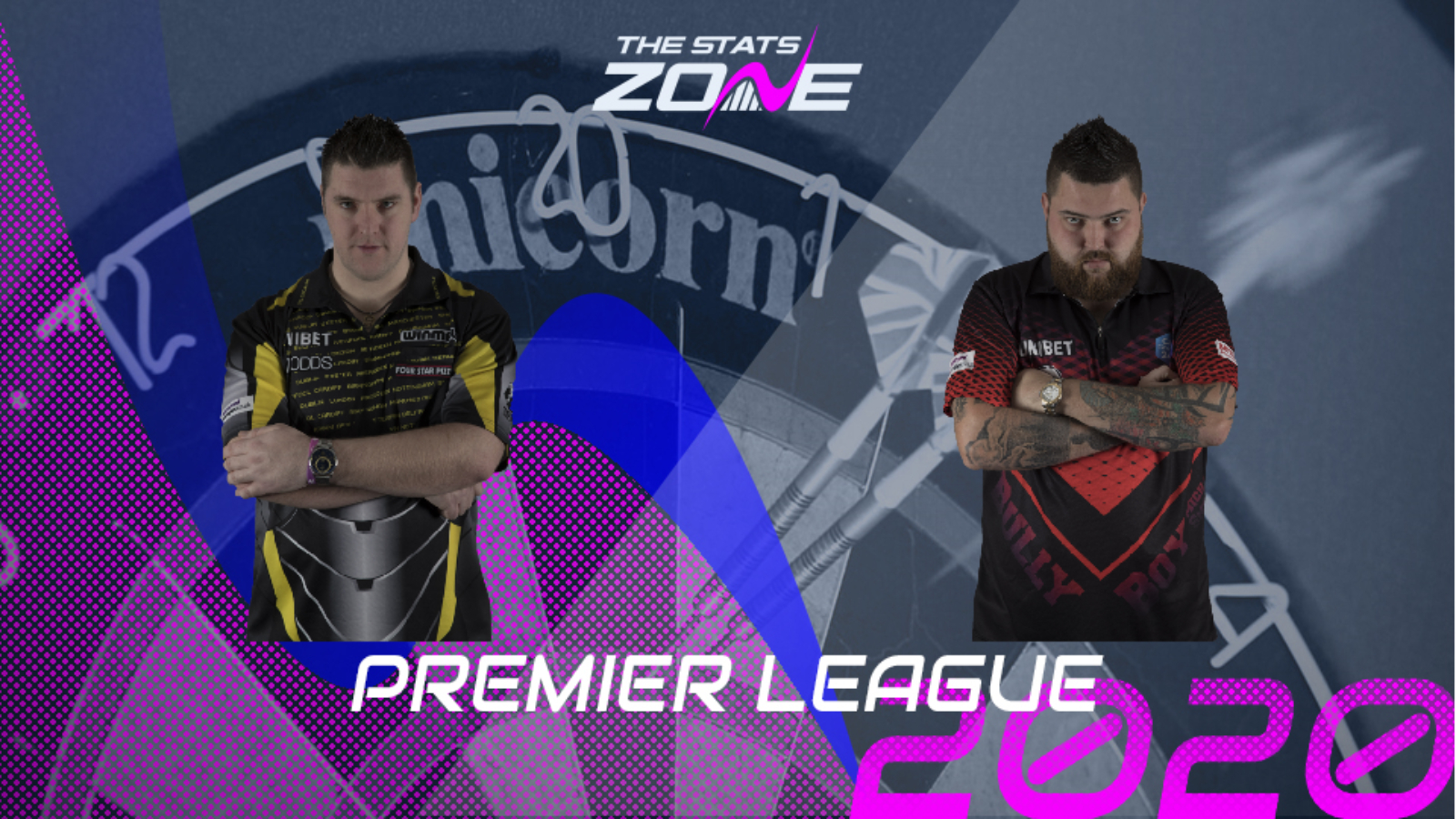 Where is Daryl Gurney vs Michael Smith taking place? 3Arena

What channel is Daryl Gurney vs Michael Smith on? Sky Sports Action

Where can I stream Daryl Gurney vs Michael Smith? Sky Sports subscribers can stream the match via Sky Go

Where can I get tickets for Daryl Gurney vs Michael Smith? Click here to purchase tickets for the 2020 Premier League Darts

What was the score in the last meeting? Michael Smith beat Daryl Gurney 10-7

Smith has produced some sublime spells of play in his last two matches and although he wasn’t able to get over the line against Price, he had no such problem against Clayton and as a result he will surely be feeling confident going into this match. Gurney showed glimpses of his true ability against Price last week but one feels he will need to improve on that if he is to prevail here. Smith is a streaky player but his spells of excellence could just see him come out on top. Both players are capable of hitting a good number of 180s and over 6.5 is certainly a possible, while a checkout of over 118.5 in the match also looks on the cards.