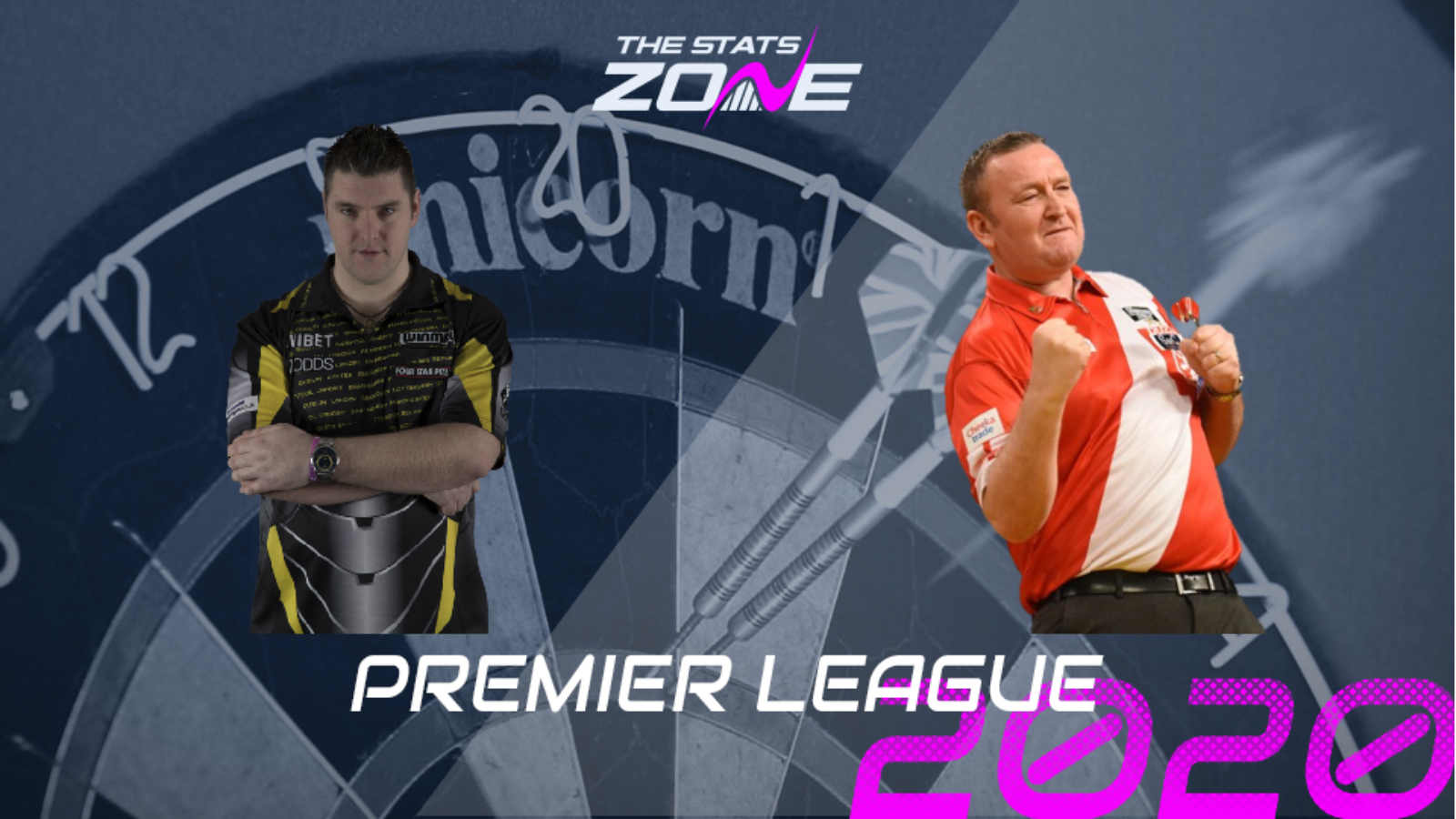 What channel is Daryl Gurney vs Glen Durrant on? Sky Sports Action

Where can I stream Daryl Gurney vs Glen Durrant? Sky Sports subscribers can stream the match via Sky Go

Where can I get tickets for Daryl Gurney vs Glen Durrant? Click here to purchase tickets for the 2020 Premier League Darts

What was the score in the last meeting? Glen Durrant beat Daryl Gurney 4-2

Top plays bottom in this encounter but it should be a lot more competitive than the league table suggests especially with Gurney’s level of confidence increased by his run to the semi-finals at the UK Open last weekend. This is not to say Gurney will defeat Durrant but if he manages to show the same fighting spirit that he displayed at the UK Open a draw is a possibility. The main tip for the match is Durrant to have the highest checkout, as Gurney has yet to post a ton-plus finish in the 2020 Premier League whereas Duzza has had one in each of the last three weeks.