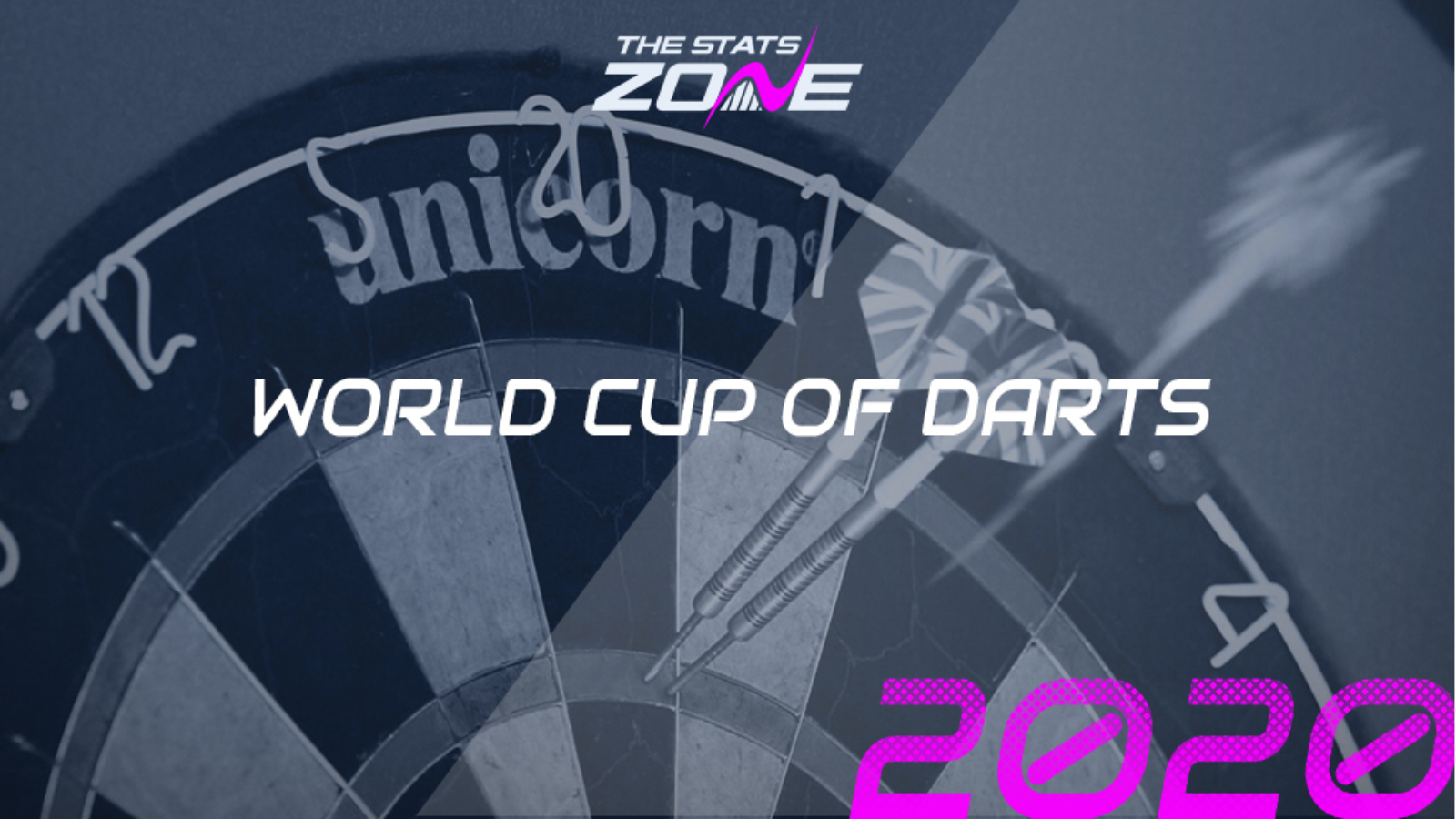 Where is the BetVictor World Cup of Darts taking place? Salzburgarena, Salzburg

Where can I get tickets for the BetVictor World Cup of Darts? This event will be played without spectators

What channel is the BetVictor World Cup of Darts? Sky Sports

Where can I stream the BetVictor World Cup of Darts ? Sky Sports subscribers can stream the match online via Sky Go

The 2020 BetVictor World Cup of Darts starts on Friday afternoon from the Salzburgarena in Salzburg, Austria.

The tournament, which is held from November 6-8, is broadcast live on Sky Sports, and will see 32 nations represented by two players each in a unique format which features both doubles and singles matches.

This is the tenth time that the competition has been held since its debut year back in 2010.

PREDICTIONS FOR EACH QUARTER OF THE DRAW

Top seeds England, represented for the second year in a row by Michael Smith and Rob Cross, are the bookmakers’ favourites to win this section, and rightly so due to their pedigree – even though it could also be said that neither has been in great form. The English duo will have to be sharp from the off as they face a tricky first round game against the Philippines, and their very short odds to win this quarter are not tempting enough. Austria, led by Mensur Suljovic, and Portugal, who have the very impressive Jose De Sousa in their team, are both interesting options from a betting point of view. The fact that Suljovic’s playing partner Rowby-John Rodriguez is a more established and reliable performer than De Sousa’s compatriot means that the nod goes to Austria.

The two stand-out nations in this section are Northern Ireland and Belgium, who both have plenty of experience of this tournament. Northern Ireland are represented yet again by Daryl Gurney and Brendan Dolan, while Belgium’s pairing for the third year in a row is the reigning World Matchplay champion Dimitri Van den Bergh and former World Cup finalist Kim Huybrechts. The format in round one is ripe for upsets – Northern Ireland lost in round one last year – but if the two seeded nations progress through the opening round they should meet up in what would be an enthralling quarter-final contest, and it’s a game which is tipped to be won by Belgium.

(7) Republic of Ireland vs Australia

The 2019 World Cup winners Scotland are in this section of the draw, but a repeat win does not seem likely as both Peter Wright and Gary Anderson opted to miss the tournament, meaning that they are represented by John Henderson and Robert Thornton this time out. The favourites to come through here are Wales, who have a very strong pairing of Gerwyn Price and Jonny Clayton. It’s not an easy quarter though as there is certainly plenty of talent in the bottom half of this section. The stand-out first round tie is a meeting between the 2019 runners-up the Republic of Ireland and Australia – who are represented by Simon Whitlock and Damon Heta. The clash between Poland and South Africa is also an intriguing one, with Krzysztof Ratajski and Devon Petersen both in action. Wales have the quality to justify their favouritism here and they are tipped to edge out Australia in the quarter-final.

The Netherlands, led by the world number one Michael van Gerwen, are classed as the favourites to win this section of the draw. The path to the last eight for the Dutch looks to be favourable, but a quarter-final tie against Germany would certainly be a big test for the Dutch duo. There could be some value in siding with Germany to come out on top as both Max Hopp and Gabriel Clemens are capable of rising to the occasion.

The World Cup of Darts is always a very intriguing event, with shock results and drama in each edition of the tournament. It’s worth noting though that we have not seen a big surprise in terms of the actual winners, as no nation seeded lower than third has ever claimed the title. That trend is set to continue here as Wales - the number two seeds - are tipped to come out on top and claim their first ever World Cup of Darts title.