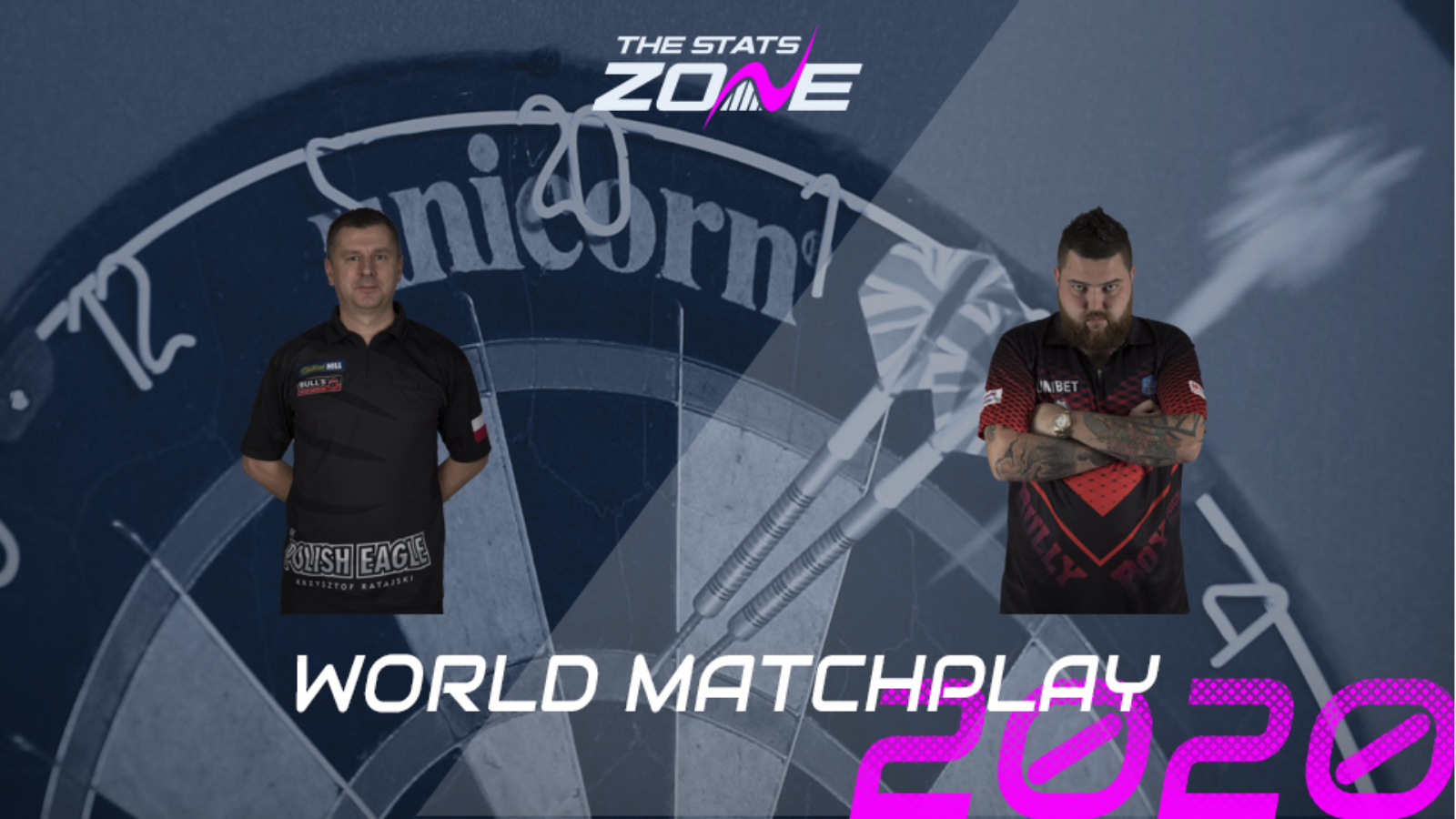 What channel is Krzysztof Ratajski vs Michael Smith on? Sky Sports

Where can I stream Krzysztof Ratajski vs Michael Smith? Sky Sports subscribers can stream the match online via Sky Go

Where can I get tickets for Krzysztof Ratajski vs Michael Smith? The 2020 Betfred World Matchplay will take place behind closed doors

What was the outcome in the last meeting? Krzysztof Ratajski beat Michael Smith 6-4 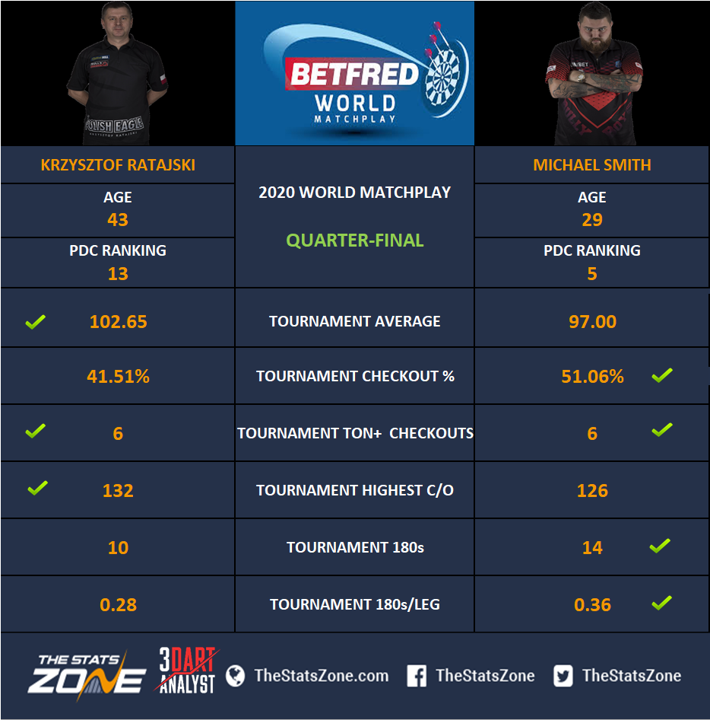 Krzysztof Ratajski and Michael Smith have had similar passages through to this stage of the tournament with an easy win in round one followed by an epic tussle in the last 16 so they will both be extremely battle-hardened coming into this match. There can be no doubting that Smith has the edge in terms of big match experience and the fact he has played more games over a long format such as this is likely to stand him in good stead. How well Ratajski will fare over a match of this distance is more unknown but I think he has the consistency and mentality to cope. The pressure of the occasion is likely to be a factor for both players but maybe more so for Smith who is desperate to win a major and he’ll see this as a great opportunity. I’m anticipating a very close match and am leaning towards Ratajski to come through as the winner at the end of it.