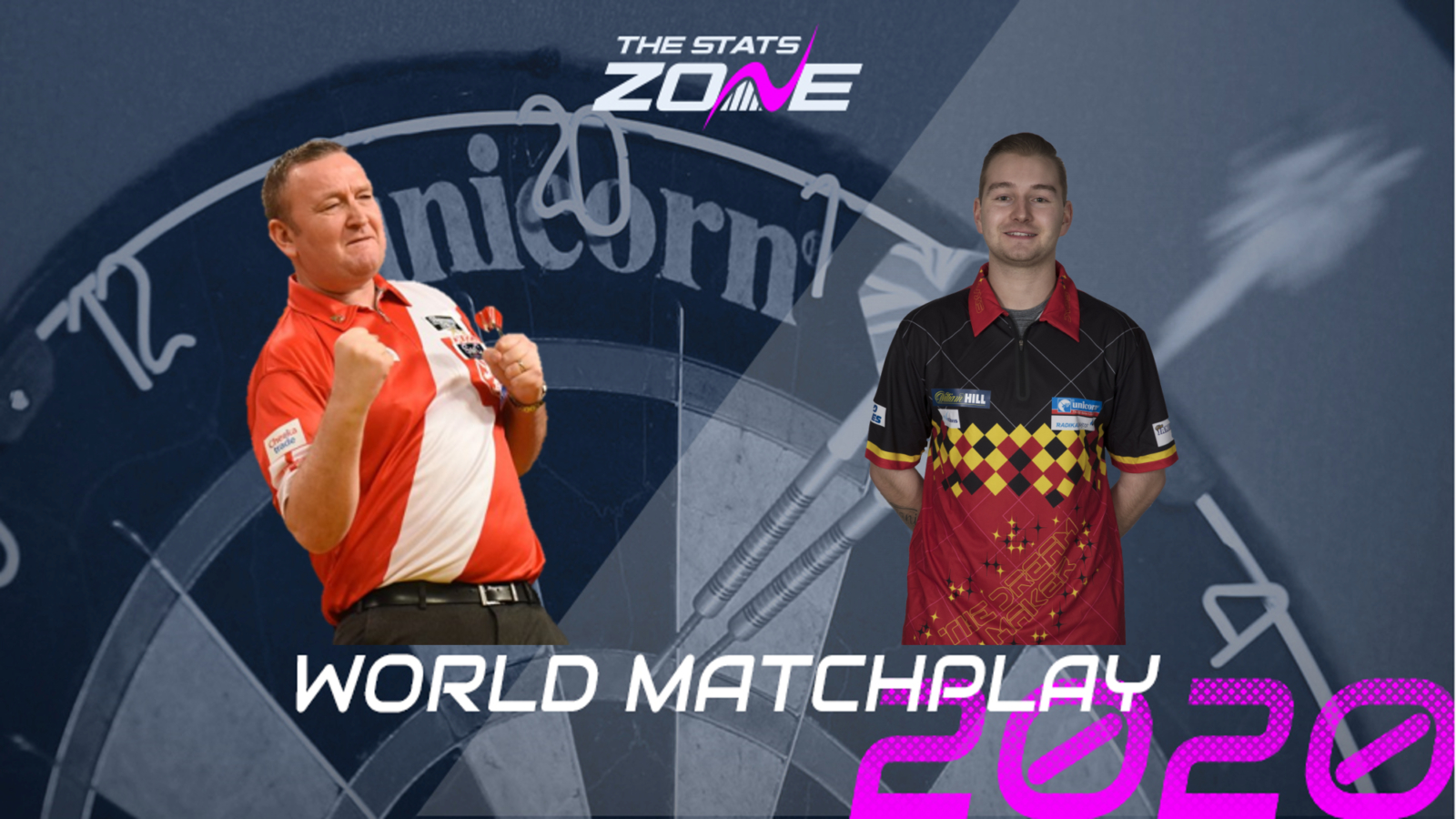 What channel is Glen Durrant vs Dimitri Van den Bergh on? Sky Sports

Where can I stream Glen Durrant vs Dimitri Van den Bergh? Sky Sports subscribers can stream the match online via Sky Go

Where can I get tickets for Glen Durrant vs Dimitri Van den Bergh? The 2020 Betfred World Matchplay will take place behind closed doors

What was the outcome in the last meeting? Glen Durrant beat Dimitri Van den Bergh 8-3 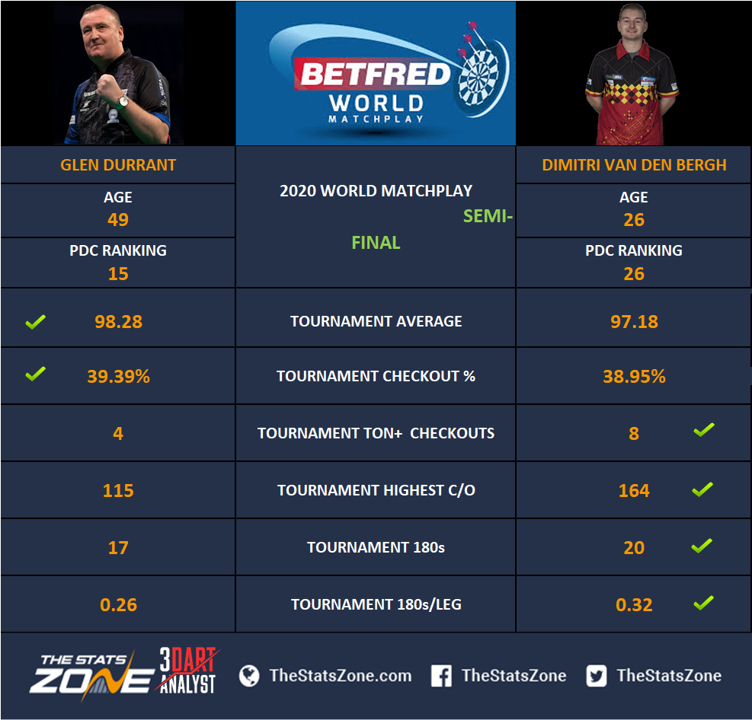 Glen Durrant and Dimitri Van den Bergh do battle to reach their first PDC major ranking tournament final, and their performances in reaching this stage of the 2020 World Matchplay suggest we could have an enthralling tight contest to look forward to. They have both shown plenty of talent and bottle when they have had to dig deep, with Durrant recovering from 10-5 down against Van der Voort whilst Van den Bergh looked to be on his way to exiting against Joe Cullen, and those tussles are sure to stand them in good stead for what could be an epic encounter. Durrant does have the edge in terms of experience and I’m leaning towards him to come through, but my main betting tip is for over 29.5 legs in the match. I also think that there could be some value in backing Van den Bergh to be winning after six legs - Duzza has started slowly in each of his last two matches and the odds of 2/1 on the young Belgian have his nose in front after six legs look appealing.