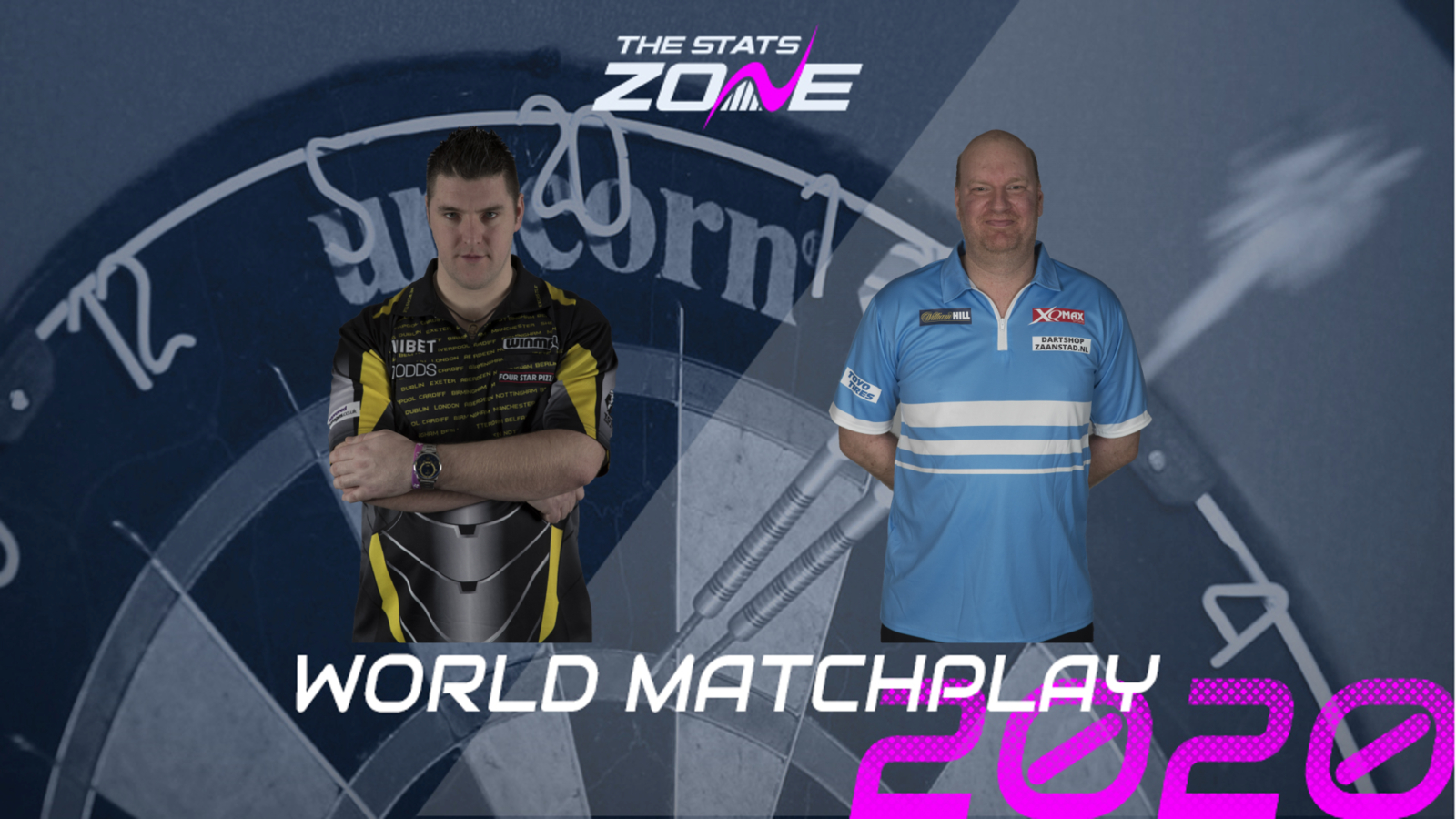 What channel is Daryl Gurney vs Vincent van der Voort on? Sky Sports

Where can I stream Daryl Gurney vs Vincent van der Voort? Sky Sports subscribers can stream the match online via Sky Go

Where can I get tickets for Daryl Gurney vs Vincent van der Voort? The 2020 Betfred World Matchplay will take place behind closed doors

What was the outcome in the last meeting? Daryl Gurney beat Vincent van der Voort 6-1

Vincent van der Voort performed excellently to defeat Dave Chisnall in the opening round and he will need to play to the same standard - if not better - against Daryl Gurney if he is to progress further in the tournament. Gurney wasn’t quite at his best against Evans but he looked unruffled and as a regular contender in the big events he has the belief to come through such contests. I expect Van der Voort to push Gurney hard in this contest but for the Northern Irishman to have the consistency to pull through. My main betting tip is for over 9.5 180s; they mustered a total of 12 between them in round one and are certainly capable of racking up at least ten in this match.