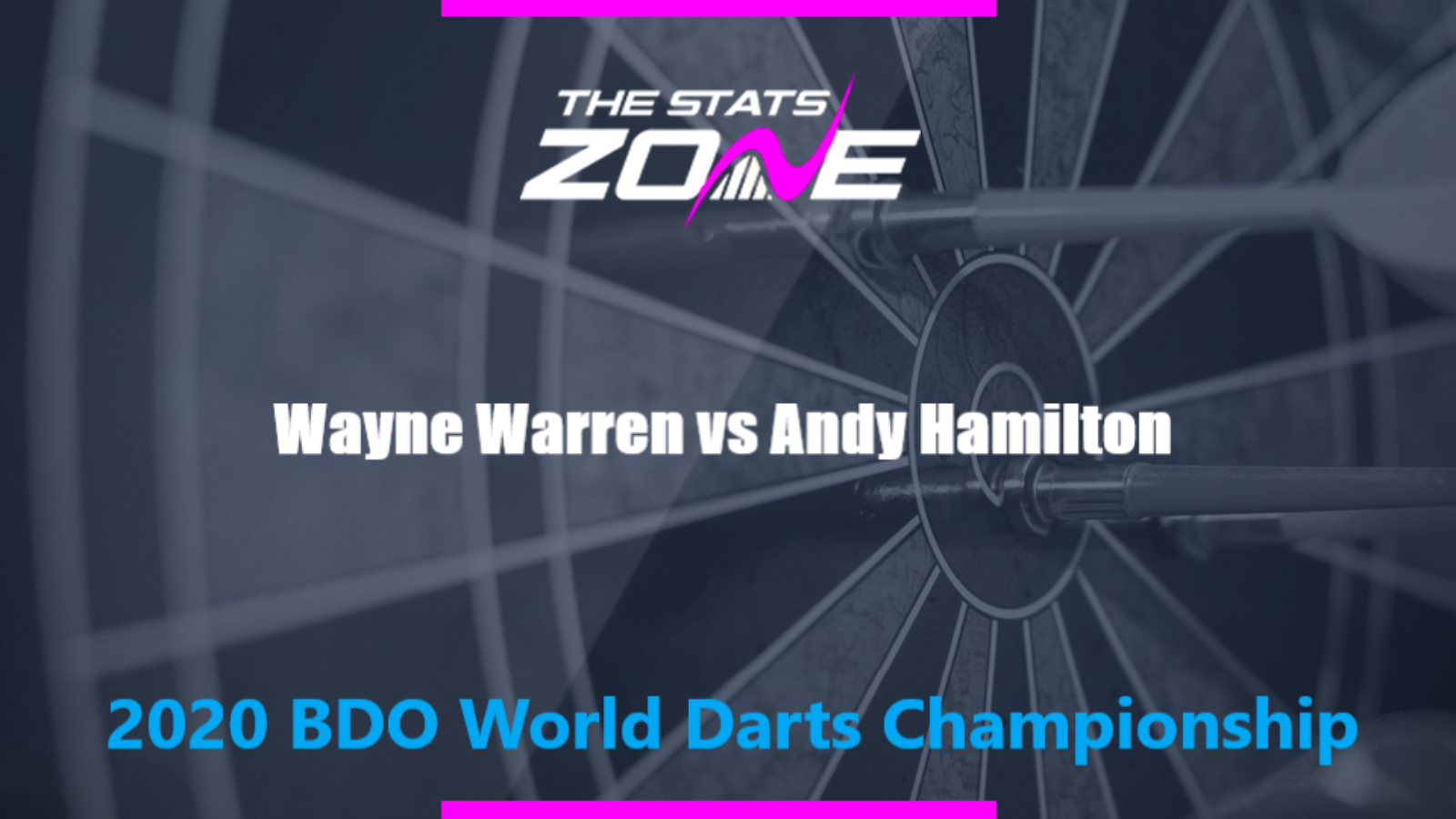 Where is Wayne Warren vs Andy Hamilton taking place? Indigo at The O2, London

What channel is Wayne Warren vs Andy Hamilton on? Some BDO World Championship matches will be televised live on Eurosport and Quest in the UK, so it is worth checking their schedules

Where can I stream Wayne Warren vs Andy Hamilton? If televised on Eurosport, then the match can be streamed on either Sky Go or Eurosport Player

Where can I get tickets for Wayne Warren vs Andy Hamilton? Click here to purchase tickets

Wayne Warren played well in a good contest against Justin Thompson in round one and he is capable of bringing a similar level of performance to the oche against Andy Hamilton in this encounter. Although Hamilton may feel more settled having won his opening round game, the chances are that he will have to play much better if he is going to progress through this round. There have just not been enough signs in recent times to suggest that Hamilton will be capable of producing the standard needed to win this game and a 4-2 win for Warren is the predicted outcome.