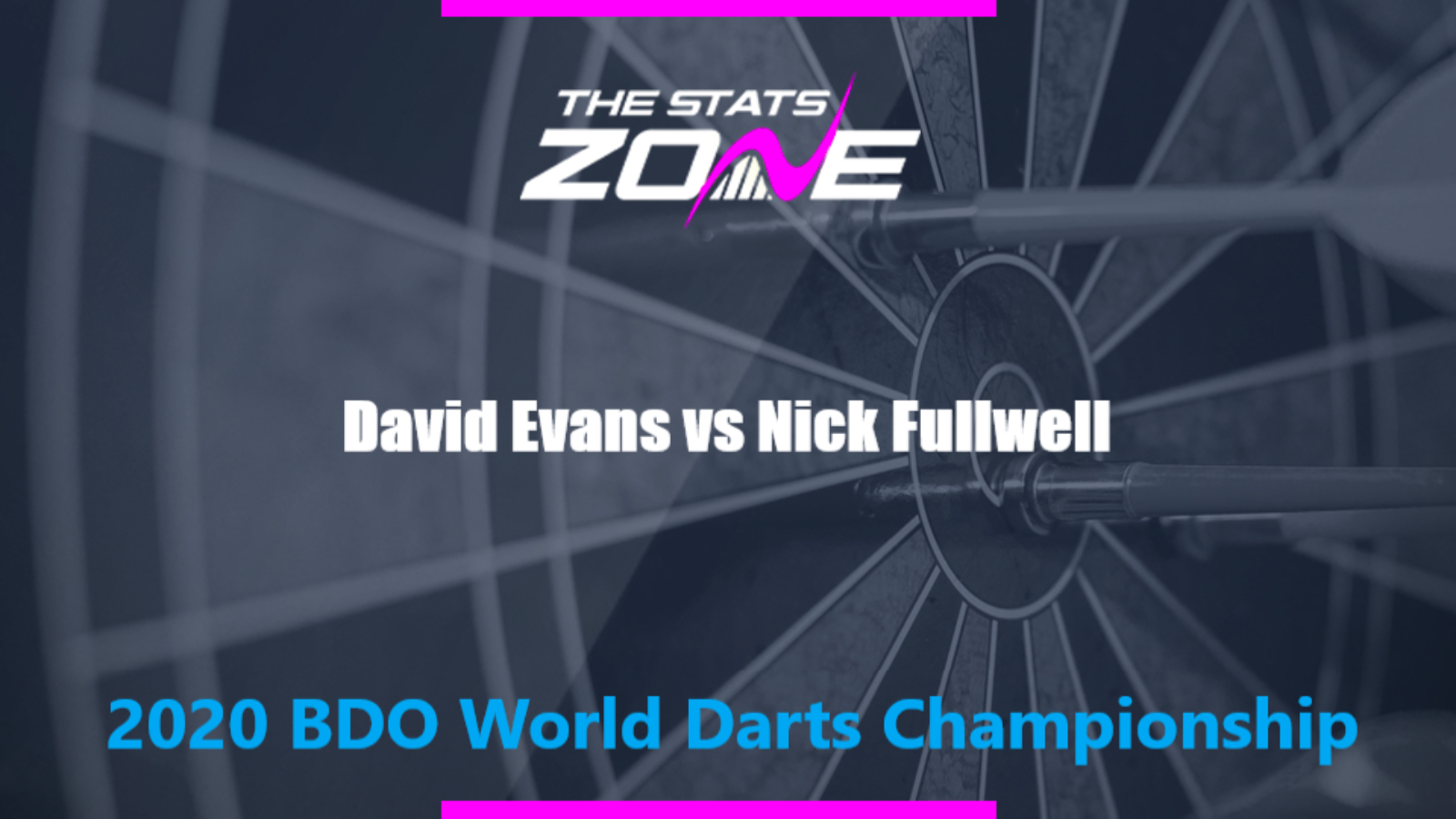 Where is David Evans vs Nick Fullwell taking place? Indigo at The O2, London

What channel is David Evans vs Nick Fullwell on? Some BDO World Championship matches will be televised live on Eurosport and Quest in the UK, so it is worth checking their schedules

Where can I stream David Evans vs Nick Fullwell? If televised on Eurosport, then the match can be streamed on either Sky Go or Eurosport Player

Where can I get tickets for David Evans vs Nick Fullwell? Click here to purchase tickets

This promises to be a closely-fought tussle between two very capable performers who might not be stand-out names but have shown their quality with some good displays on the BDO and PDC Challenge Tour circuits in 2019. Fullwell is predicted to come through in five sets as he has the edge in terms of experience and has another positive on his side in having already played and won a match on the stage this week, which could be a pivotal factor.