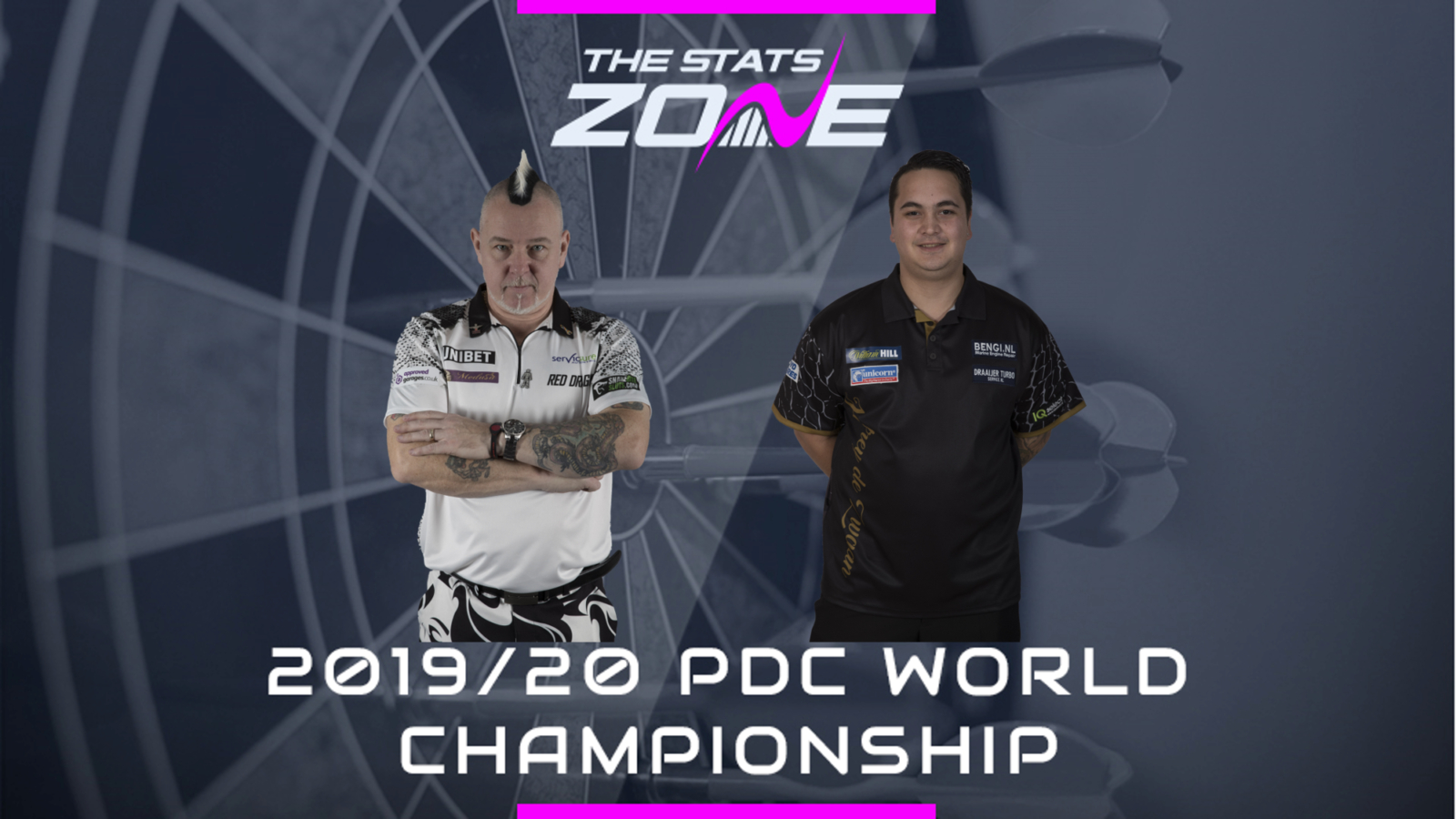 What channel is Peter Wright vs Jeffrey de Zwaan on? Sky Sports Darts

Where can I stream Peter Wright vs Jeffrey de Zwaan? Sky Sports subscribers can stream the match online via Sky Go

Where can I get tickets for Peter Wright vs Jeffrey de Zwaan? https://www.pdc.tv/william-hill-world-darts-championship-tickets

What was the outcome in the last meeting? Jeffrey de Zwaan beat Peter Wright 6-4 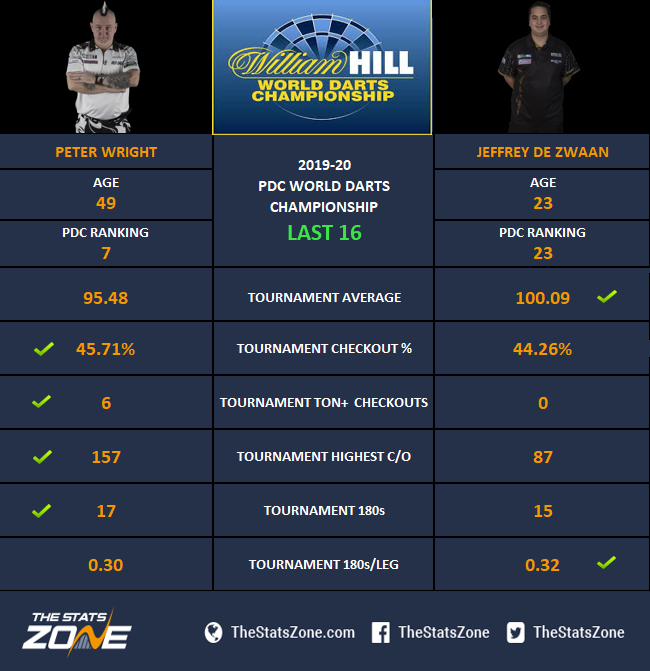 Peter Wright is likely to have to improve the level of his game from his opening two matches if he is to overcome the talented Dutchman Jeffrey de Zwaan and reach the quarter-finals. De Zwaan was outstanding against Chisnall and he has proven previously that he is capable of that standard of display on the big stage so if he was to turn on the style again in this match, it would not be a surprise. Wright obviously has undoubted quality and plenty of experience but there is a definite case to be made for De Zwaan winning this match. Both players have been in good 180 hitting form during the tournament so over 13.5 180s in the match is a good possibility.