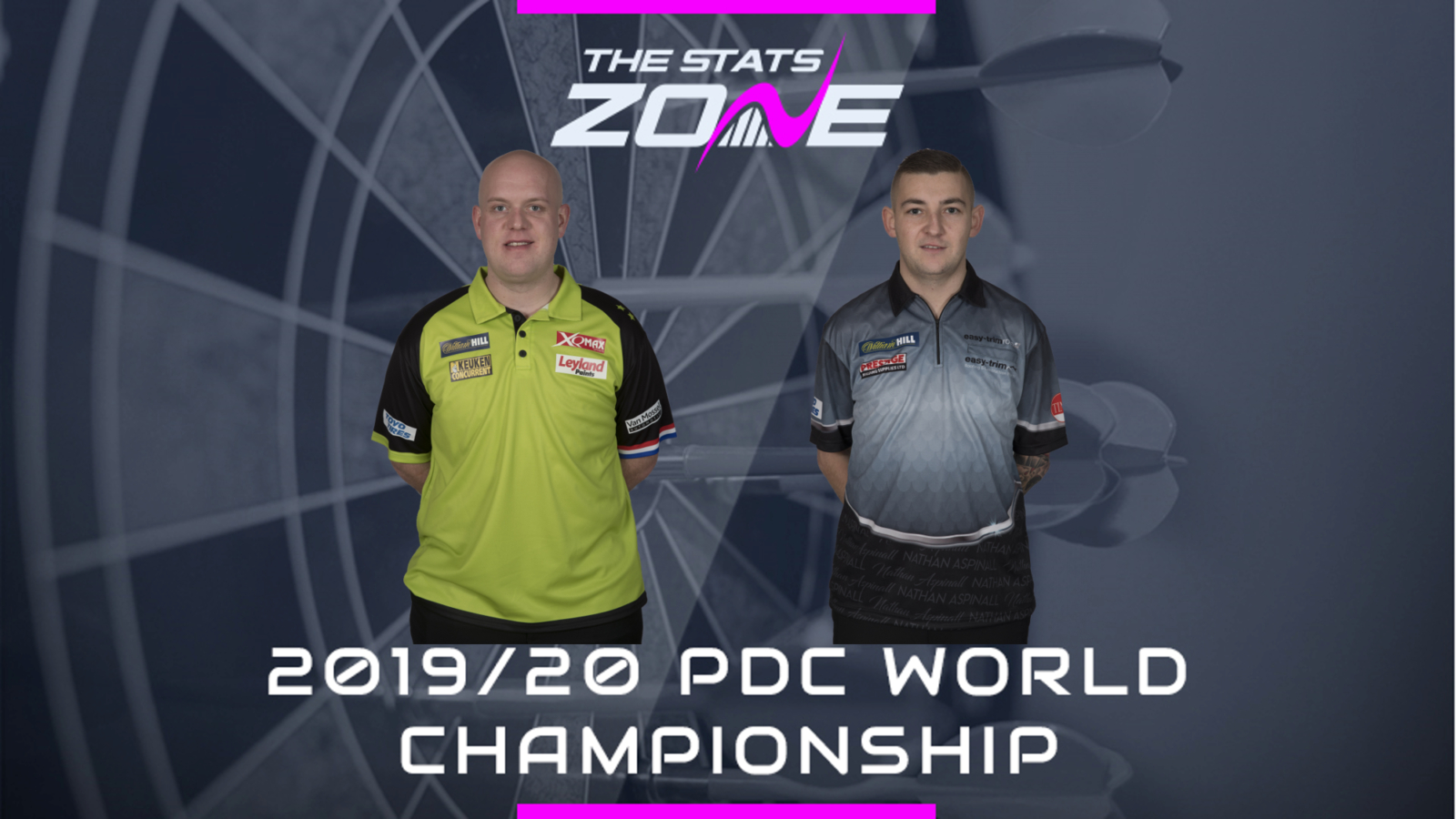 What channel is Michael van Gerwen vs Nathan Aspinall on? Sky Sports Darts

Where can I stream Michael van Gerwen vs Nathan Aspinall? Sky Sports subscribers can stream the match online via Sky Go

Where can I get tickets for Michael van Gerwen vs Nathan Aspinall? https://www.pdc.tv/william-hill-world-darts-championship-tickets

What was the outcome in the last meeting? Nathan Aspinall beat Michael van Gerwen 6-3 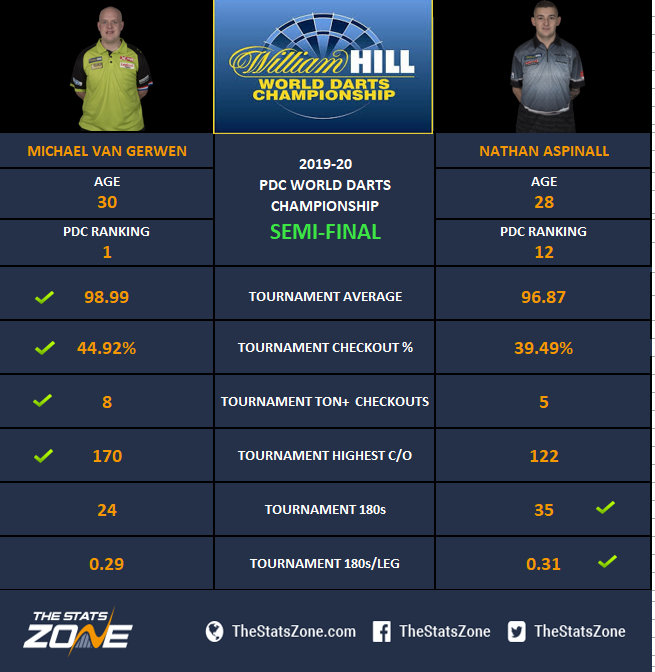 Defending champion Michael van Gerwen has only shown flashes of his brilliance during the tournament so far but he still has the highest tournament average. The dominant Dutchman likes to be tested to the limit and he is likely to be pushed hard here against the very capable Nathan Aspinall, who has reached the semi-finals here for the second year in a row. Aspinall has a major tournament win under his belt in 2019 and has beaten Van Gerwen twice this year so will not fear the challenge ahead. The fact cannot be denied though, that Van Gerwen’s winning record and undoubted ability is far above any current player and if he rises to the occasion, he should be too strong for the challenger. Whilst Van Gerwen might win, Aspinall is certainly worth looking at on the handicap (+3.5 sets).