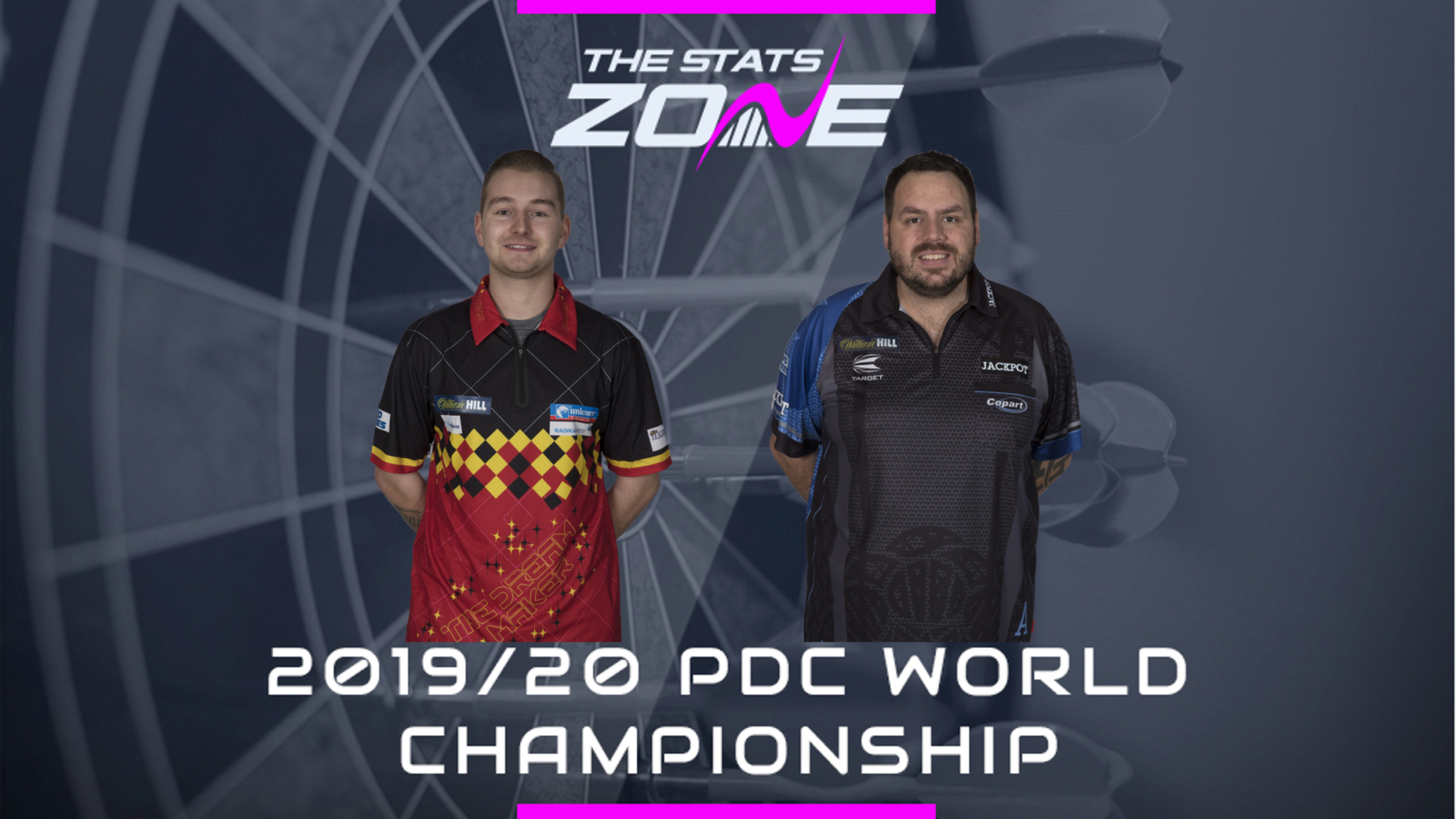 Where can I stream Dimitri Van den Bergh vs Adrian Lewis? Sky Sports subscribers can stream the match online via Sky Go

Where can I get tickets for Dimitri Van den Bergh vs Adrian Lewis? https://www.pdc.tv/william-hill-world-darts-championship-tickets

What was the outcome in the last meeting? Adrian Lewis beat Dimitri Van den Bergh 6-5 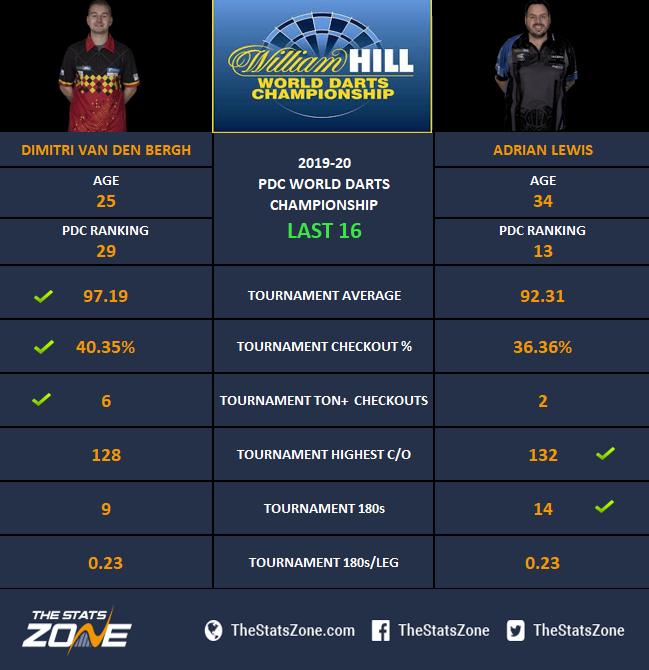 Adrian Lewis has really had to dig deep, whilst also riding his luck, to reach this stage of the tournament with come-from-behind wins against both Cristo Reyes and Darren Webster. In contrast to Lewis, Dimitri Van den Bergh has not really been troubled with two very assured performances taking him though his opening two matches, with the young Belgian looking full of belief. Lewis obviously has great pedigree at the World Championship and there is a possibility he can roll back the years, but high-class performances from Jackpot aren’t as frequent these days and Van den Bergh is tipped to rise to the occasion and reach the quarter-finals for the second time in three years.