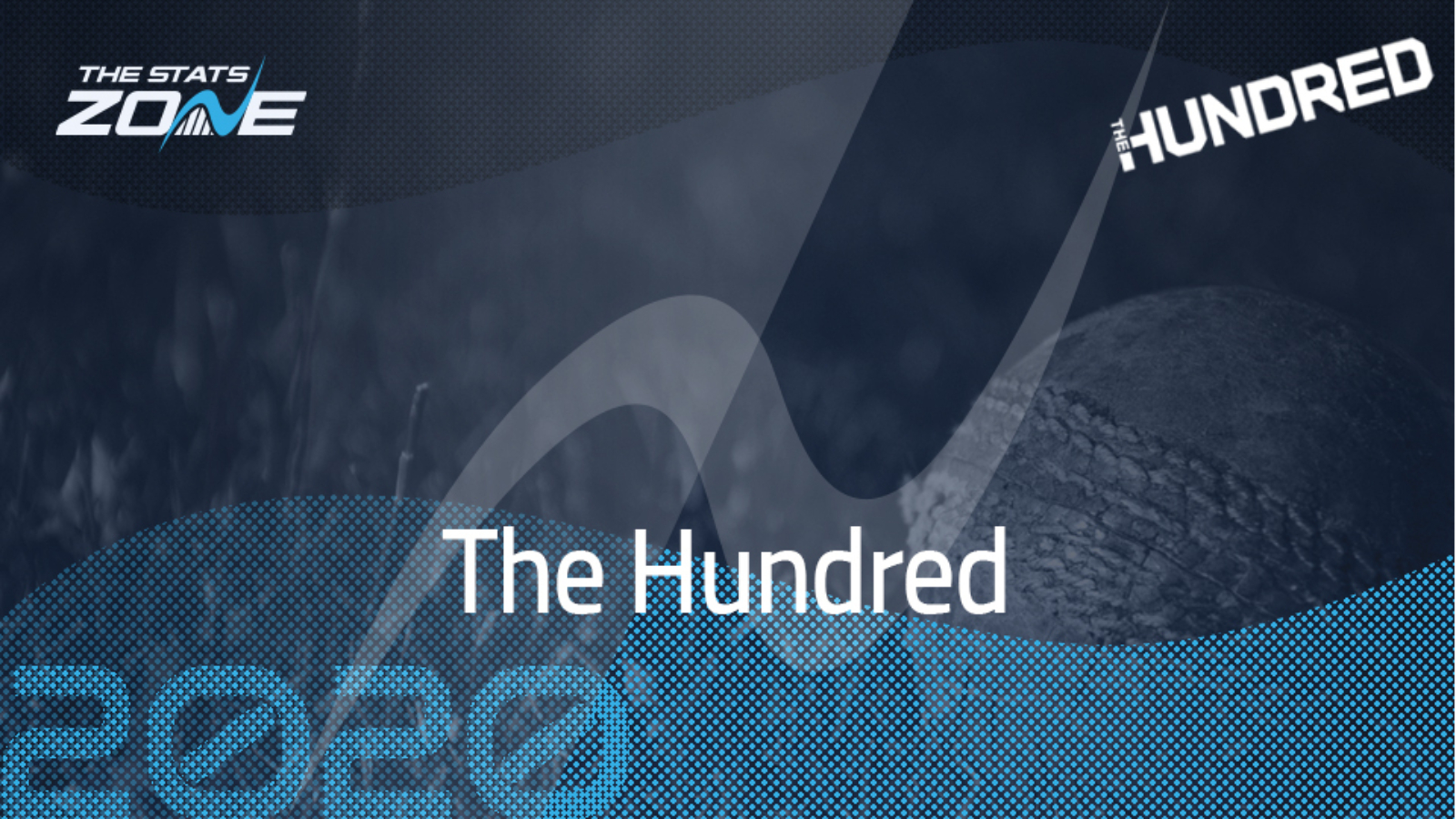 When? The Hundred is scheduled to take place in a 38-day block in the summer holidays starting on July 17th and running through to August 13th. It will run simultaneously with a women’s Hundred competition.

Where? Eight city-based test match venues have been selected to host the eight men’s Hundred sides. These venues are as follows:

Will The Hundred be televised? All men’s Hundred matches will be televised live. Sky Sports and the BBC each hold the broadcasting rights. This marks the return of live cricket on free to air television for the first time since 2005.

Where can I stream The Hundred? All men’s Hundred matches can be streamed on Sky Go.

Where can I get tickets? Tickets went on sale in Spring 2020. They are available to purchase via the official website of The Hundred.

The format will be that of 100-ball cricket for the first time ever in the sport. Each innings will consist of 100 balls with a change of ends every 10 balls. Each bowler can bowl a maximum of 20 balls per game and have the option of bowling either five or ten consecutive balls per spell. A 25 ball powerplay will be enforced at the start of each innings with only two fielders allowed outside of the 30-yard circle in that period. No more than five fielders will be permitted on the leg side at any point during an innings.

All matches will feature the use of DRS with each side permitted one review per innings. Also for the first time in English cricket, each bowling team will have the option of a “strategy break” during an innings. This can be taken at any point in an innings after the powerplay, and can last up to 150 seconds.

Whoever scores the most runs within their hundred ball innings will win the game. In the event of a tied match in the group stage, both teams will be awarded one point. Should either of the knockout matches result in a tie, the winner will be decided by the amount of wickets lost. Should both teams have lost the same amount of wickets, the winner will be the team with the highest score after 30 balls bowled.

Should a Duckworth/Lewis/Stern affected knockout match result in a tie, a five-ball super over (“Super Five”) will be played to determine a winner.

All eight teams will compete in one single group. A total of 32 games will be played during the regular season between July 17th and August 13th with each team playing four times at home and four times away. Each team will play each other once apart from their allocated ‘rival team’ who they will play twice (home and away). A ‘Finals Day’ will be held on the 15th August at Lord’s which sees 2nd place in the group face 3rd place, with the winner moving onto the Grand Final later in the day against the team who topped the original group. This format mirrors the one used by the recent Kia Super League, which has since been decommissioned in favour of the women’s Hundred competition.

Will The Hundred offer equal pay between the men and the women?

Both the men’s and women’s Hundred competitions will offer equal prize money with an overall prize budget of £600,000 split between both competitions

Are there restrictions regarding overseas players in The Hundred?

Each team are allowed up to three overseas stars in their squad and can replace a player who may have to drop out of the competition due to international commitments, with a new overseas player.

Who will be competing in the tournament?

A total of 120 professional players are set to compete in the Hundred. Each team have drafted a squad of 15 players who will represent their side in the competition. At least one England Test player represents each team, whilst there is an opportunity for each team to pick up one player not drafted as a wildcard following a strong performance in the 2020 Vitality Blast. Players can also be replaced in the case of injuries or international call ups.

Whilst some of the world’s best players were drafted by the eight teams, some big names such as Chris Gayle, Lasith Malinga and Kagiso Rabada went undrafted due to their high base price and can now only appear in The Hundred as an injury or overseas replacement.

A total of eight newly formed teams will compete in The Hundred. These teams, the venue they are based at and their appointed captains are as follows:

The squads of all eight teams along with the price they were drafted at can be seen in the graphic below:

A complete fixture schedule for the Hundred is below, including venues of each game along with its scheduled start time.