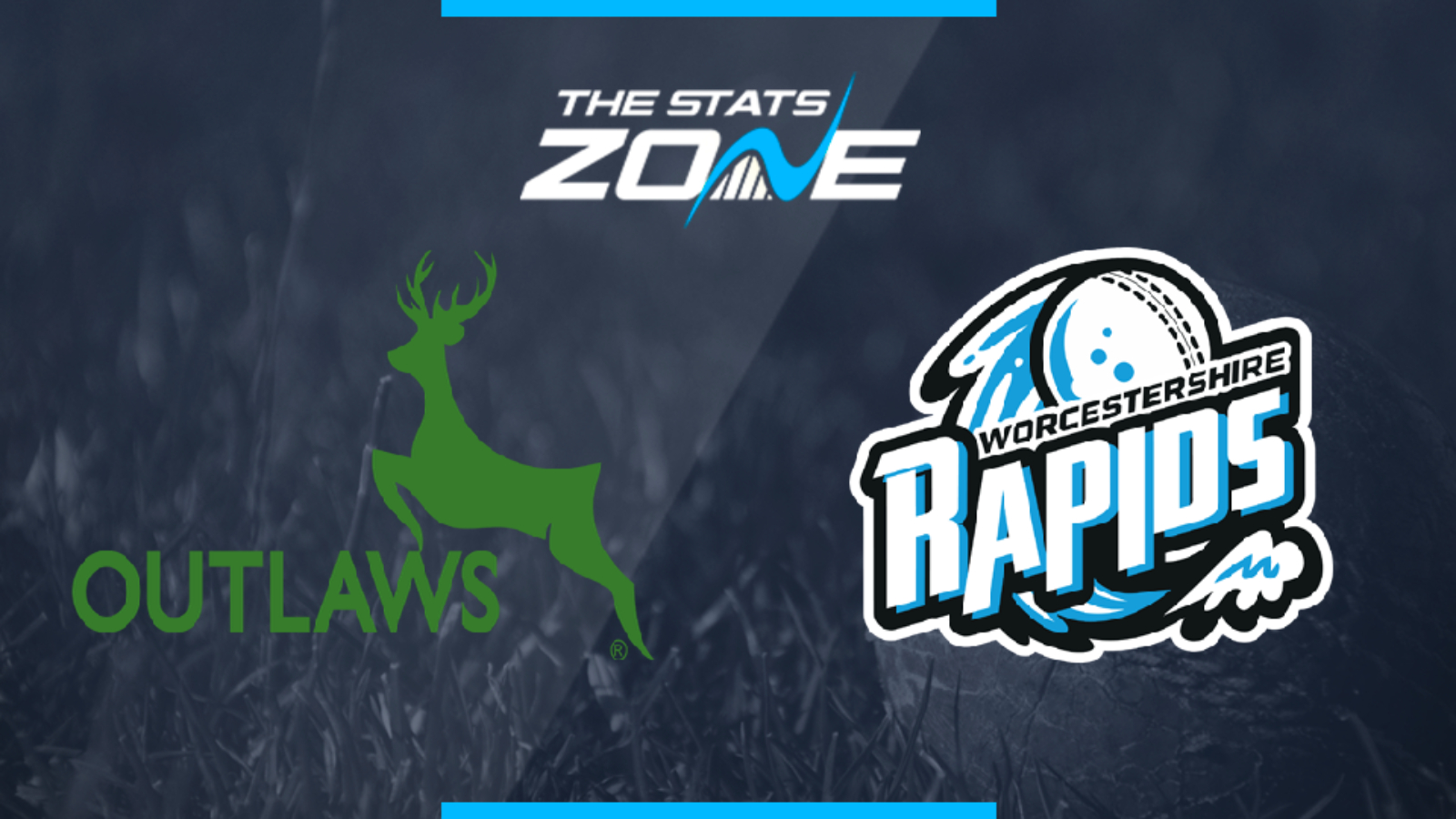 What is the expected weather for Notts Outlaws vs Worcestershire Rapids? 23c and sunshine forecast all day

What television channel is Notts Outlaws vs Worcestershire Rapids on? Sky Sports Cricket

Where can I stream Notts Outlaws vs Worcestershire Rapids? Sky Go

Where can I get tickets for Notts Outlaws vs Worcestershire Rapids? Tickets can still be purchased for the T20 Blast Finals Day here!

The two favourites for the trophy clash in the first semi-final on Finals Day at Edgbaston and this promises to set the tone for what should be a fantastic day of cricket. The Rapids scraped into the quarters but showed against Sussex just how dangerous they can be and they will be desperate to defend their crown. The Outlaws will be just as motivated to regain the trophy they won two years ago, and just like the Rapids, they won their quarter-final in stunning fashion. This match will very likely come down to which of their big-hitters can produce the goods with Alex Hales and Moeen Ali so key to the hopes of their respective teams. The Rapids' bowling unit has been questionable at times this year with Pat Brown not finding the same form as last year, while the Outlaws have Harry Gurney who is in very good form. The bowling and fielding could make the difference here and the edge there just goes to the Outlaws with the greater balance within their team but this really is a match that could go either way. 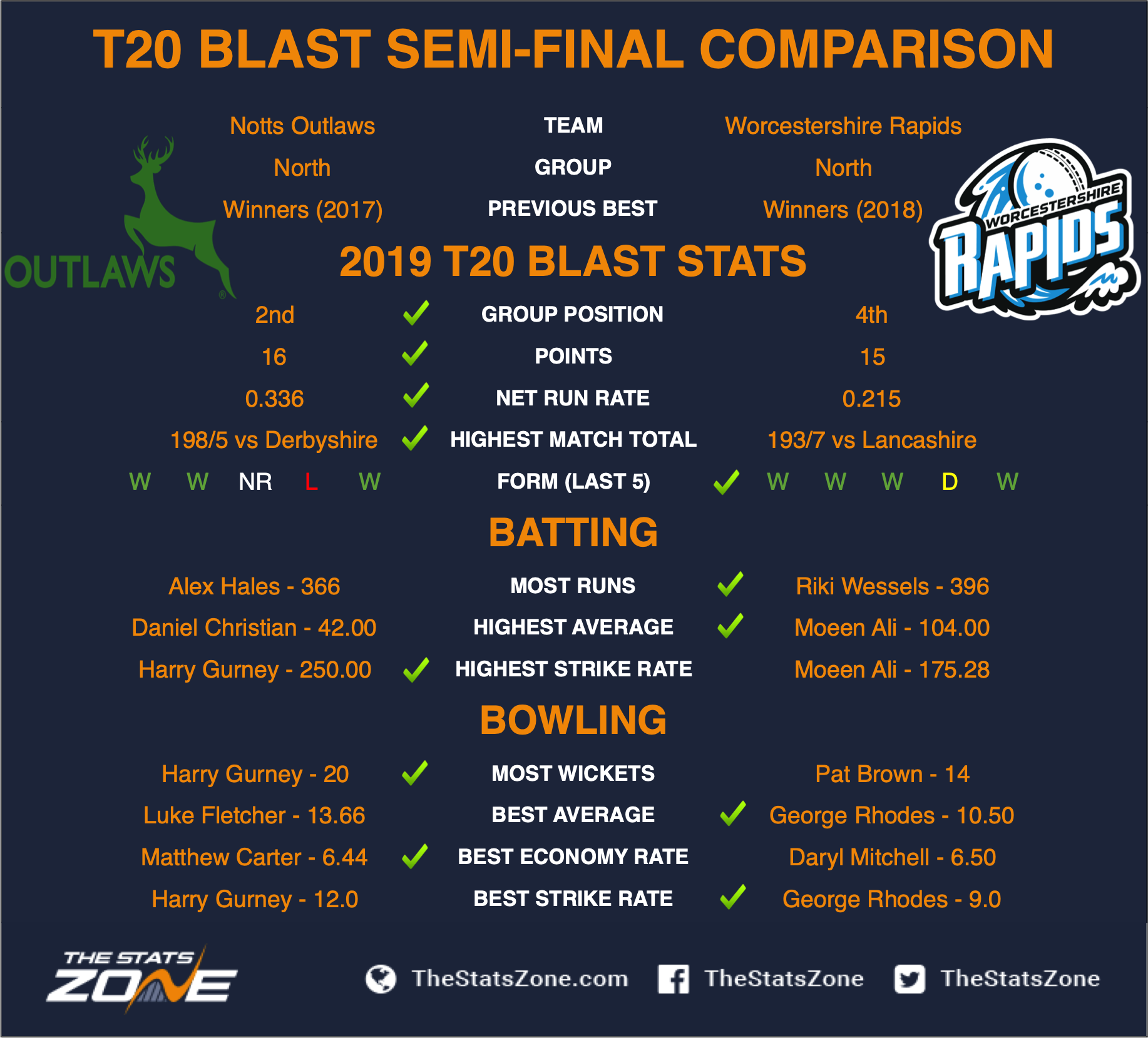