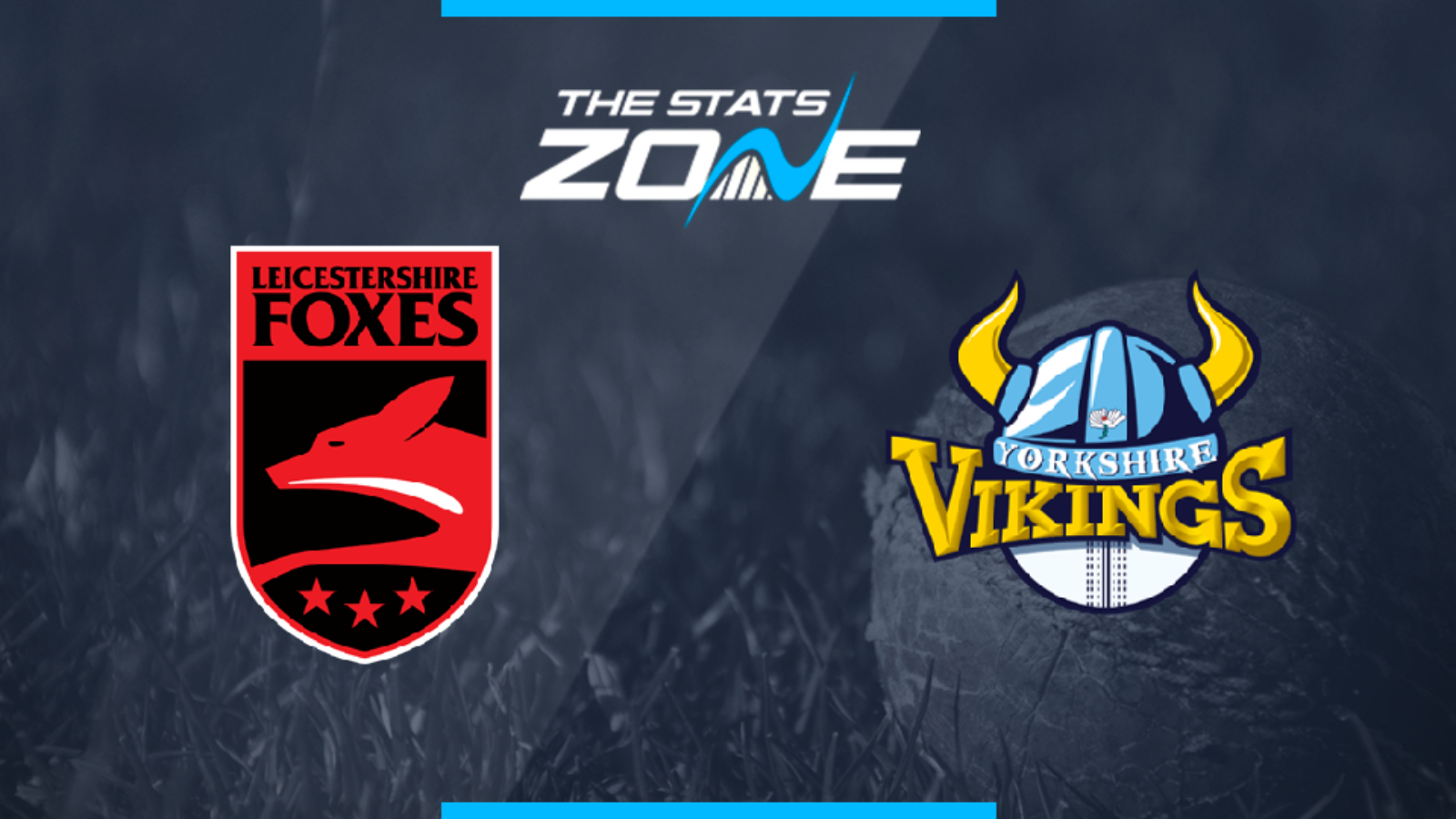 What is the expected weather for Leicestershire Foxes vs Yorkshire Vikings? 27-28c with sunshine forecast

Where can I get tickets for Leicestershire Foxes vs Yorkshire Vikings? Tickets are available to purchase for this match here!

Both of these teams have just one point from their opening two matches and they will be desperate to kick-start their campaigns with a victory here. The Foxes’ lack of experience and overall limitations were clear to see against Birmingham on Sunday and this will be another tough assignment for them. Yorkshire competed well in their last match, and despite losing, there was plenty of room for optimism coming into this game. They have plenty of scope to improve with the bat at least and it is difficult to see how the struggling Foxes will come close to matching their firepower here.