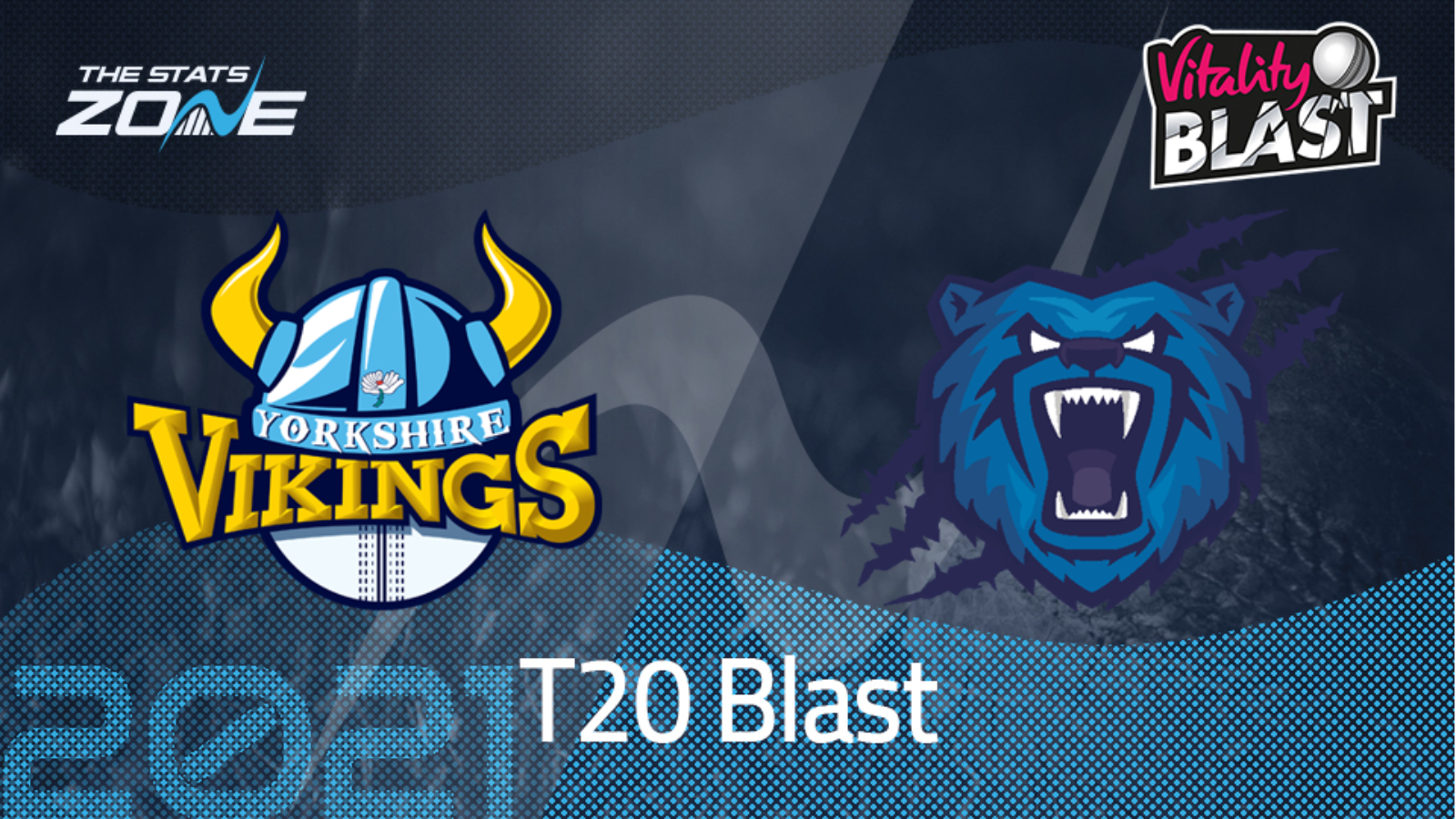 What is the expected weather for Yorkshire Vikings vs Birmingham Bears? 21-22c Dry with sunny intervals and a moderate breeze

Where can I get tickets for Yorkshire Vikings vs Birmingham Bears? Click here for the latest ticket information

What channel is Yorkshire Vikings vs Birmingham Bears on? Sky Sports have the rights to show the T20 Blast so check their schedule here to see if they will be showing this match

One of the more exciting games of the Blast’s opening round of fixtures sees Yorkshire Vikings host Birmingham Bears with an assortment of international stars set to feature for both sides. Yorkshire will see England limited overs mainstays Jonny Bairstow and Adil Rashid turn out for their county alongside current T20 international Dawid Malan and New Zealand overseas bowler Lockie Ferguson. Whilst Birmingham Bears boast West Indies T20 world cup winning all-rounder Carlos Braithwaite within their ranks. Another international all-rounder in Chris Woakes may also be set to make his first appearance of the season for the Bears.

An intriguing contest is in prospect between two sides with genuine match winners at the highest level within their respective ranks. With their England players available for the first portion of the competition, Yorkshire are a notably stronger T20 Blast team than last year and they should show this here. Bairstow and Malan should ensure runs on a normally good batting track at Headingley for T20 cricket, whilst in Rashid and Ferguson the Vikings have two of the very best limited overs bowlers in the world. With that in mind, Birmingham will struggle to put enough runs on the board against such elite bowlers unless a batter such as Braithwaite can fire for them. Therefore, a Yorkshire win has to be favoured here.