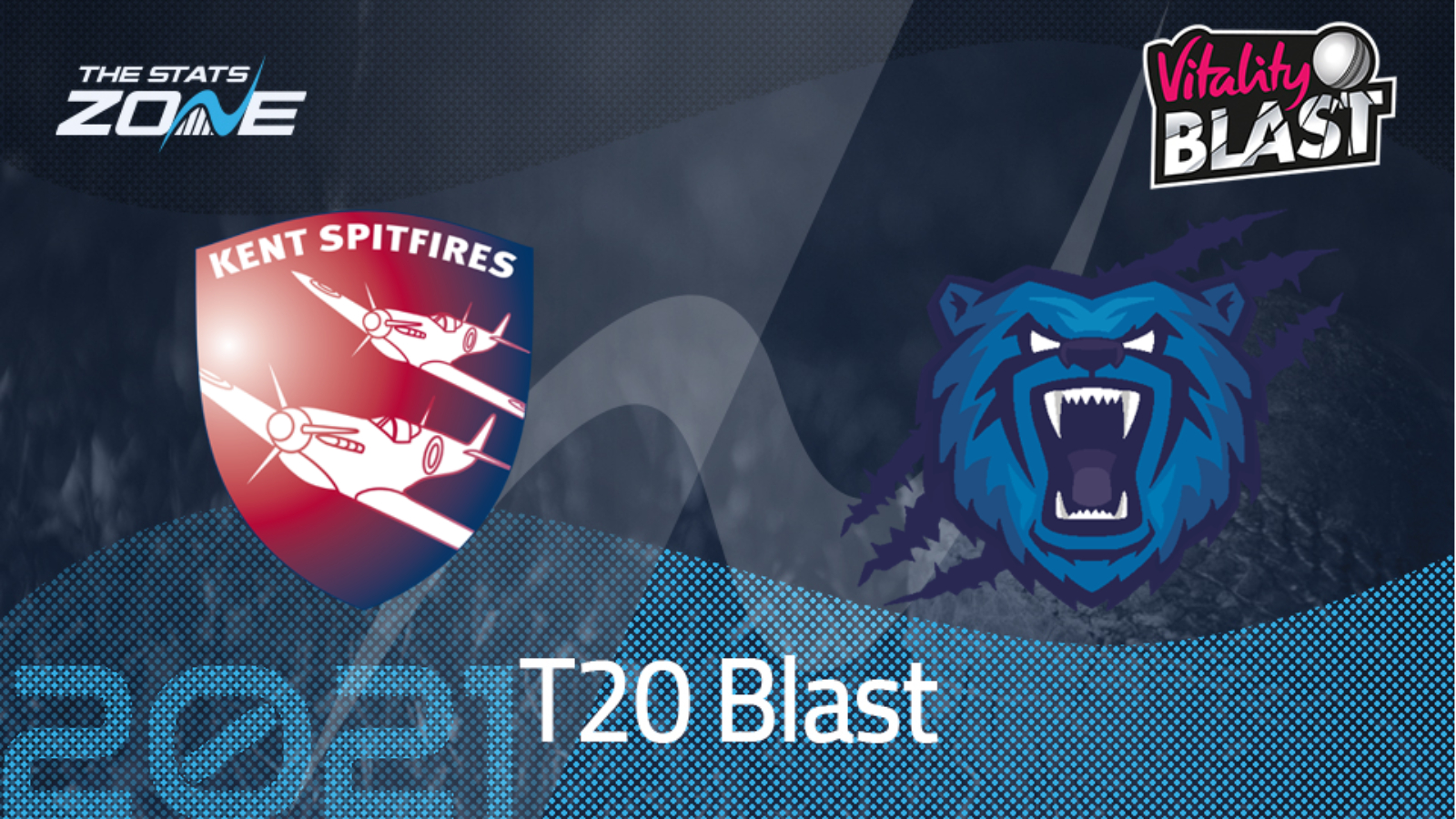 Where is Kent Spitfires vs Birmingham Bears taking place? The Spitfire Ground, Canterbury

What is the expected weather for Kent Spitfires vs Birmingham Bears? 16-18c with sunshine descending into partial cloud and a gentle breeze.

Where can I get tickets for Kent Spitfires vs Birmingham Bears? Click here for the latest ticket information

What channel is Kent Spitfires vs Birmingham Bears on? Sky Sports have the rights to show the T20 Blast so check their schedule here to see if they will be showing this match

South Group winners Kent Spitfires were a formidable outfit over the course of the group stage, winning nine matches from 14 and they combine fierce top-order batting, with international star quality with the ball. New Zealand fast bowler Adam Milne impressed hugely in the inaugural men’s Hundred and will likely play a key role here alongside Afghanistan spinner Qais Ahmad. The Spitfires have also been boosted by the availability of opener Zak Crawley after he was dropped from England’s test squad. Birmingham Bears meanwhile, welcome back a number of stars from the men’s Hundred such as batter Chris Benjamin and leg-spin bowler Jake Lintott, who played a key role in Southern Brave winning the tournament.

This will be a very tough test for Birmingham Bears away to an extremely strong Kent Spitfires unit who have all bases seemingly covered. Even if they were to lose a couple of early wickets, Kent’s batting depth will allow them to continue targeting the boundaries on a small ground. Playing somewhere like Canterbury requires class with the ball and Milne will provide that in bucketloads. The Bears are not to be underestimated and Lintott could have a big say on proceedings, however the all-round skill of this Kent Spitfires side should see them triumph at home.