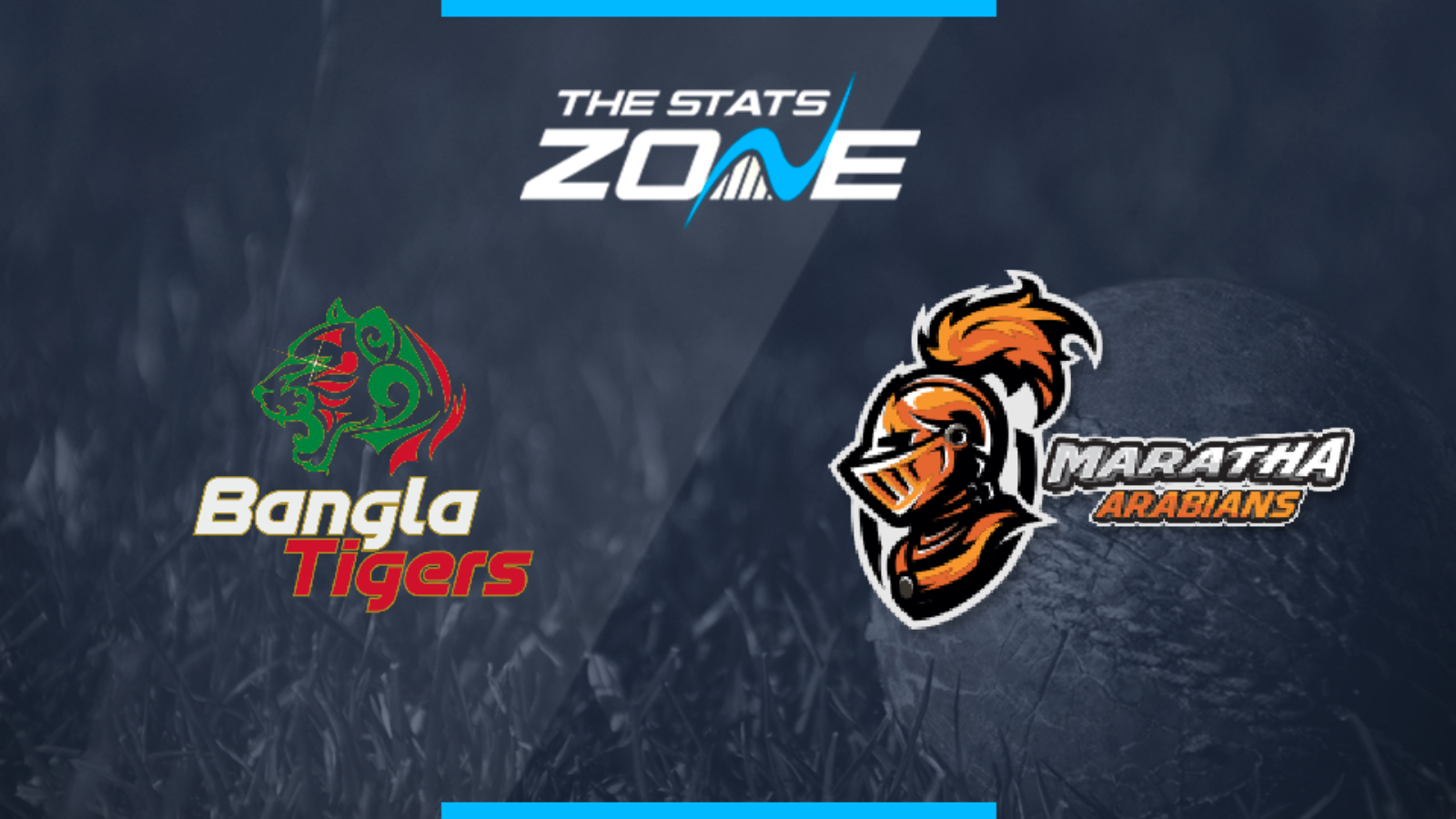 What is the expected weather for Bangla Tigers vs Maratha Arabians? 26c and sunshine forecast all day

What channel is Bangla Tigers vs Maratha Arabians on? This match will be televised live on FreeSports (Sky channel 422)

Where can I stream Bangla Tigers vs Maratha Arabians? Subscribers of Premier Player can stream this match live

Where can I get tickets for Bangla Tigers vs Maratha Arabians? Visit the official Abu Dhabi T10 website for ticket information

The top two team in the tournament face off in what should be an intriguing dress rehearsal of any future meeting they will surely have in the knockout phase. The Tigers are proving to be one of the most complete teams in the tournament with plenty of players contributing and no real reliance on one individual. The Arabians are the opposite as they have Chris Lynn in sensational form with the bat and he has been fundamental to their victories. So much depends on him but while he has been in incredibly touch, the Tigers have greater strength in depth and have more ways to win this game.