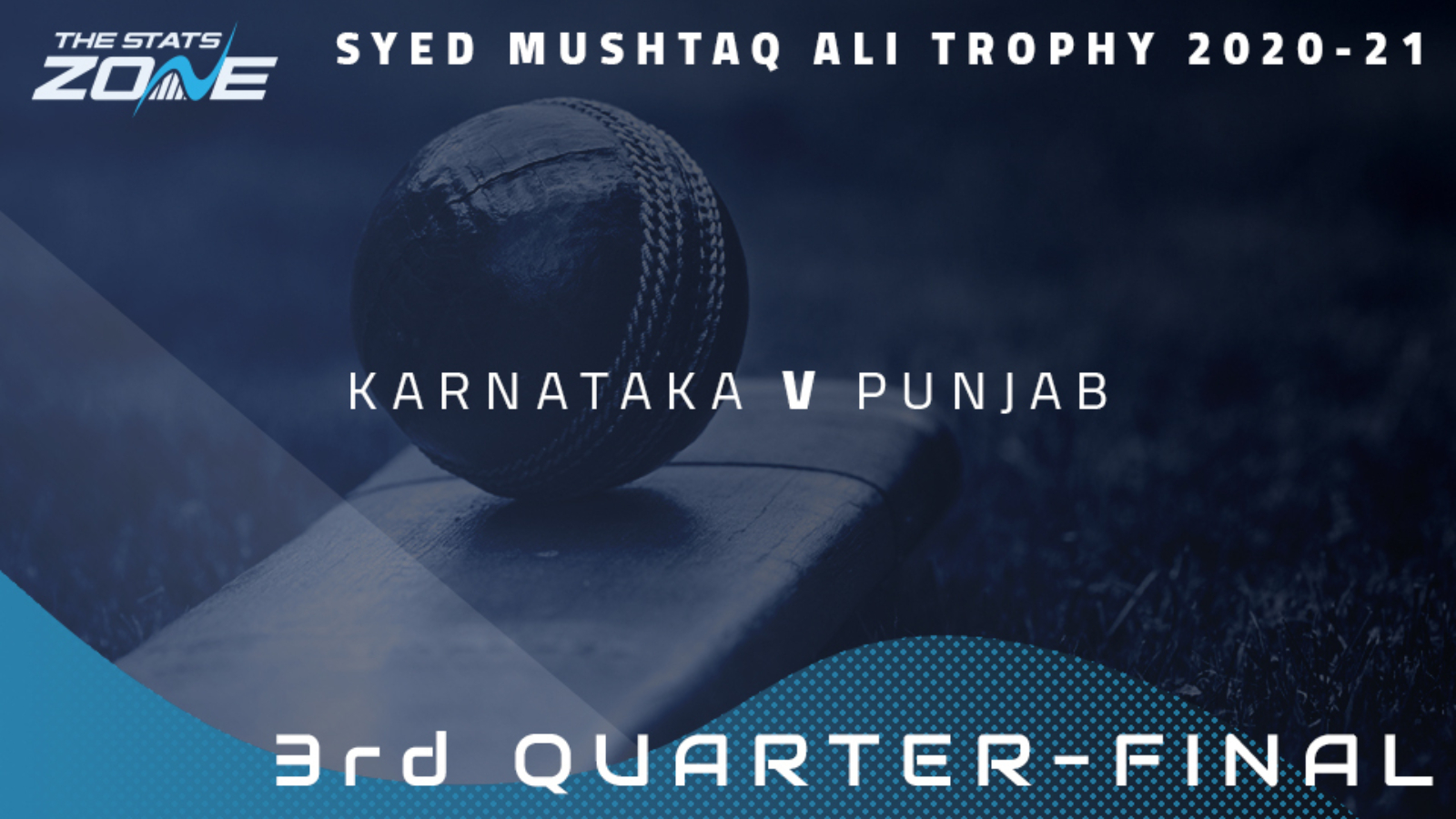 Where can I get tickets for Punjab vs Karnataka? No tickets are available as this tournament is taking place without spectators

What channel is Punjab vs Karnataka on? This match will not be televised live in the UK

Where can I stream Punjab vs Karnataka? Those in the UK can stream the match live online with a subscription to Hotstar

Defending Syed Mushtaq Ali Trophy champions Karnataka enter this quarter-final having qualified as one of the two highest scoring second placed sides. They face Punjab, the side who beat them to top spot in Group A. These two teams clashed in the second round of group stage matches, with Punjab coming out on top comfortably with a nine-wicket victory after reducing their opponents to just 125/8. Karnataka must significantly improve with the bat here if they are to be successful. With this being the opening quarter-final, both teams will have first use of a fresh pitch in Ahmedabad which should heavily favour the side batting. Punjab have proven themselves over the group stage as a strong batting unit, racking up scores of 200/4, 140/0 (in a successful run chase) and 183/3. It is this formidable firepower that should see them through to the semi-finals, eliminating the reigning champions in the process.