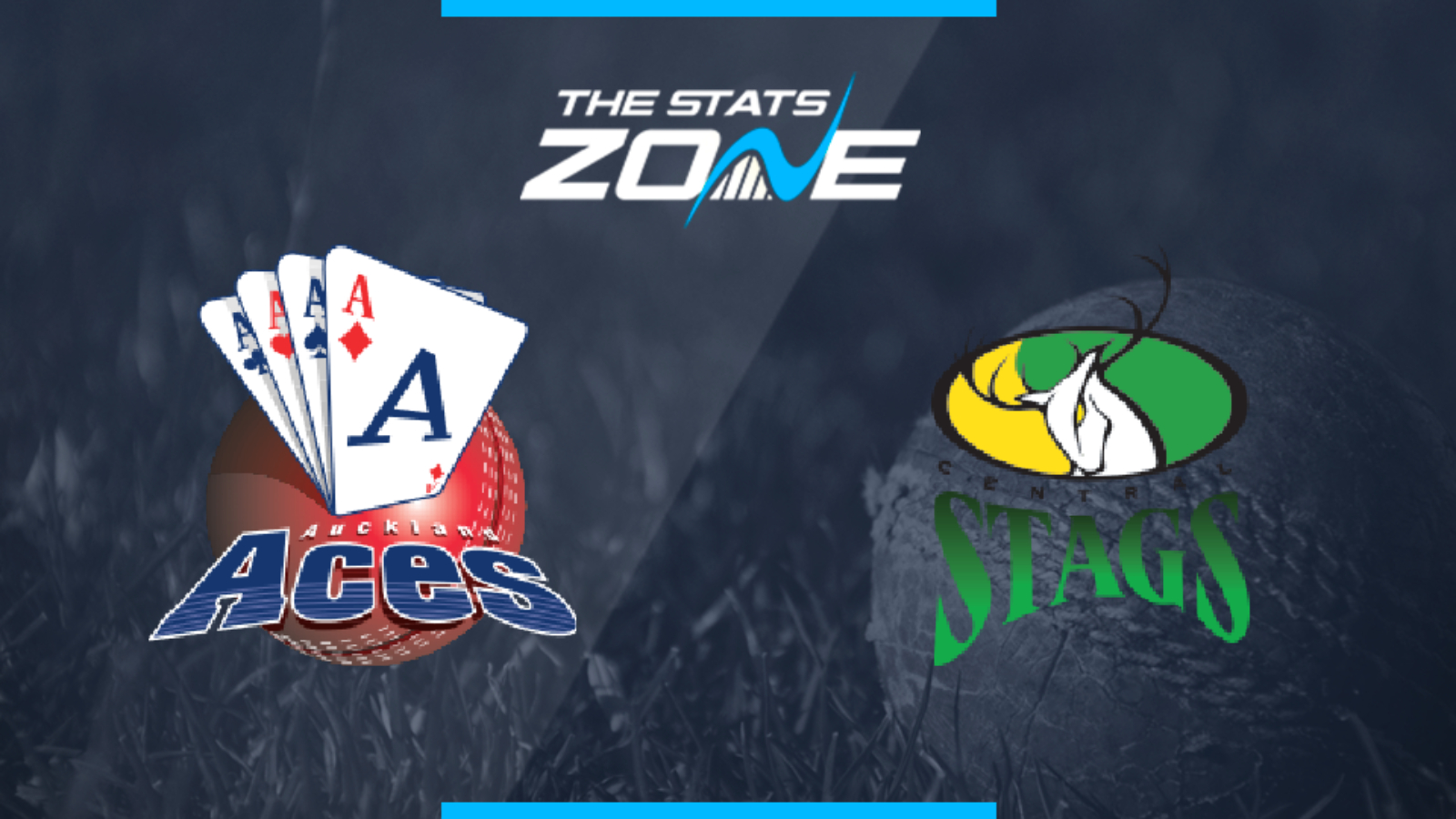 What is the expected weather for Auckland Aces vs Central Stags? 19c and cloudy but rain unlikely

What channel is Auckland Aces vs Central Stags on? This match will not be televised live in the UK

Where can I stream Auckland Aces vs Central Stags? This match cannot be streamed live in the UK

Where can I get tickets for Auckland Aces vs Central Stags? https://premier.ticketek.co.nz/shows/show.aspx?sh=CRICKET20

Auckland Aces have little margin for error right now in their chase for a top three place and this match is simply must-win against the team that currently occupies third spot. Their key men Guptill and Munro have been producing the goods of late and, while they are missing Glenn Phillips, they still possess plenty of firepower with the bat. The Stags have the better bowling unit even without Seth Rance but their batsmen will have to be at their very best to come close to matching the Aces. They have an incredibly strong top six who are finding their top form and will likely guide them to a vital victory here.