Which records have been broken in Pakistan Super League 5? 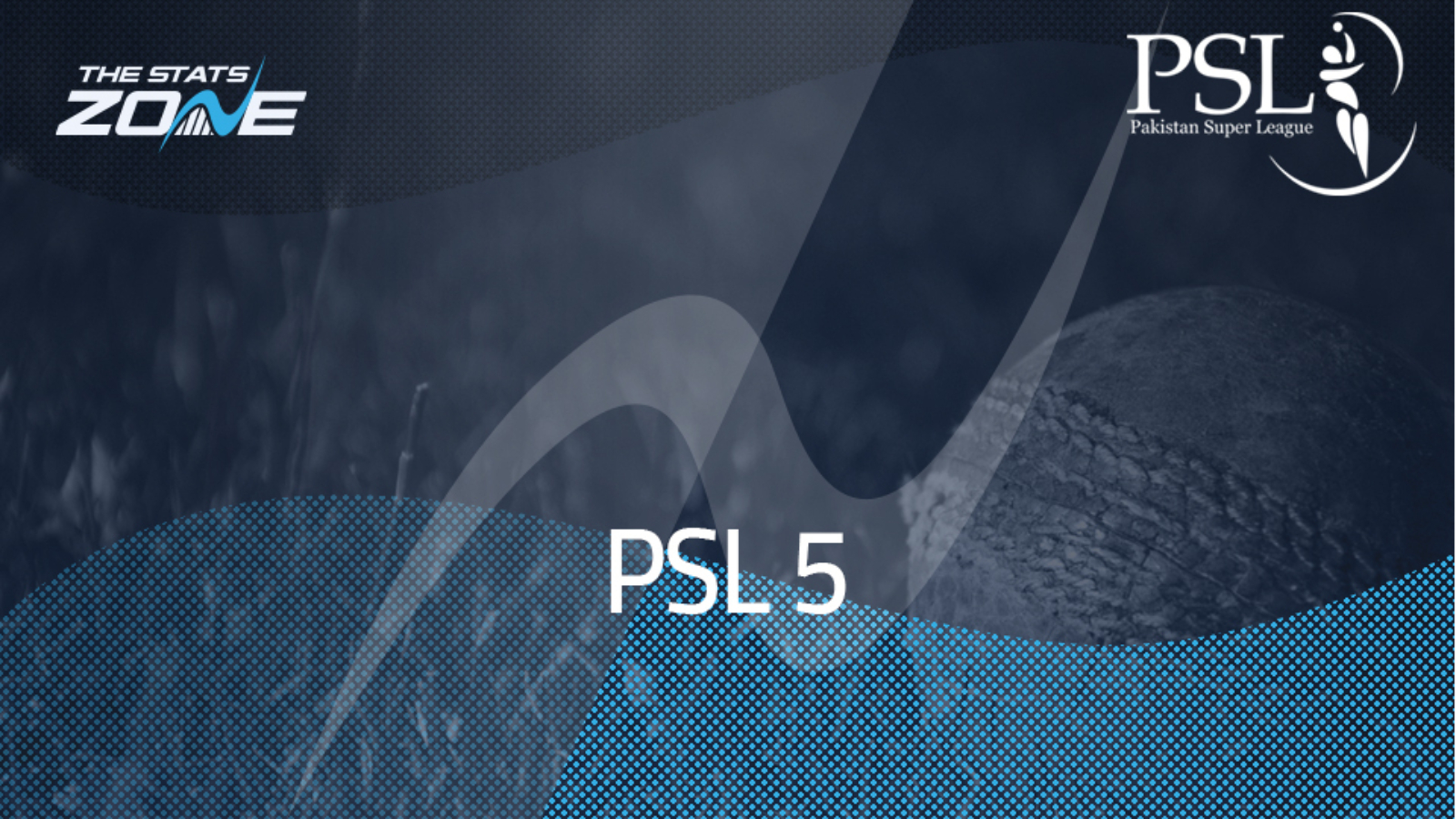 The latest edition of the Pakistan Super League (PSL) is yet to be concluded with the coronavirus outbreak bringing a temporary halt to proceedings. The business end of the competition awaits on its returns with the eagerly-anticipated play-offs still needing to be played and if anything, this delay will only build the excitement ahead of what should be three superb matches.

After what has been another engrossing tournament so far, TSZ has decided to take a look at some of the records that have been set during PSL 5.

Lahore Qalandars notched the third-highest total in PSL history with their effort of 209/5 in their game with reigning champions Quetta Gladiators. They made that total thanks to a frightening 115 runs in the final seven overs with Ben Dunk’s 93 from 43 balls helping the Gladiators on their way. Dunk’s contribution was obviously huge but it was how the Australian reached his 93 that was more impressive. He equalled the PSL record for most number of sixes in an innings as he hit 10 in that effort. However, Dunk went one better in his side’s game with Karachi Kings later in the tournament when his match-winning score of 99* was achieved with the aid of a stunning total of 12 sixes to take the record outright.

It was not a good tournament for Quetta Gladiators who failed to make the play-offs and they also posted the fifth-lowest score in PSL history. It could have been worse for the Gladiators after they were reduced to 21/6 in their second match against Lahore Qalandars and despite avoiding a hugely embarrassing total, their effort of 98/9 was still a notable addition to the record books.

Chris Lynn made a huge statement before his exit from the tournament as he helped Lahore Qalandars to a maiden semi-final with a simply sensational performance against Multan Sultans. The Australian whacked an unbeaten 113 from just 55 deliveries to secure the fourth-highest score in the history of the PSL. The record for the quickest century was set during PSL 5 with South African Rilee Rossouw achieving the feat off just 43 balls to beat the previous record by six deliveries, while Lynn's effort saw him reach his century in 52 balls, the fifth-fastest 100 in PSL history.

Two men will feel they could have gone close to that effort are Kamran Akmal and James Vince. The pair both surpassed the 50 mark after just 20 deliveries to jointly post the fourth-fastest half-centuries in the PSL. Interestingly, Akmal still jointly holds the record for the quickest 50 that he achieved in 2018 in just 17 balls.

Lynn’s brilliant tournament also saw him post the best strike rate in the history of the PSL. His eight games saw him amass 284 runs but the way he scored those was even more impressive with his strike rate standing at 179.74. Dunk also managed to set the fifth-best cumulative strike rate with 163.86 from 14 matches while Luke Ronchi of Islamabad United has played in 31 matches with a strike rate over that period of 166.12, the third-best in PSL history and the longevity of the New Zealander makes his effort all the more admirable.

While the records with the bat have tumbled in PSL 5, it is perhaps unsurprising that the bowlers have not had quite the same success. Nobody managed to break into the top five of most wickets taken in a season or even achieve the best figures during a single innings. On the flip side, no bowler picked up the unwanted record of conceding the most runs in an innings with the top five remaining the same as before the tournament.

Some longer-term, ongoing records have been achieved with Shahid Afridi now boasting the second-best economy rate in PSL history at 6.75. The veteran has achieved that in 44 matches which shows his superb consistency. Mohammad Irfan is not too far behind with 6.93 and the pair continue to contribute despite their age with Multan Sultans clearly benefitting after finishing top of the standings during the round robin stage.

All five of the best averages in the PSL are taken by players who competed during PSL 5. Mohammad Hasnain (17.96), Wahab Riaz (18.22), Imran Tahir (18.47), Faheem Ashraf (18.52) and Umer Khan (19.26) currently occupy the top five but it is Riaz that must take credit for his incredible longevity having achieved his average over 54 matches. In turn, that group also make up the top five best strike rates but in a slightly different order. Hasnain (12.9), Ashraf (13.6), Tahir (14.8), Khan (15.1) and Riaz (15.6) form the order respectively with Hasnain making a huge impression in the early stages of his career and the 19-year-old is arguably the most feared bowler in the PSL at present.