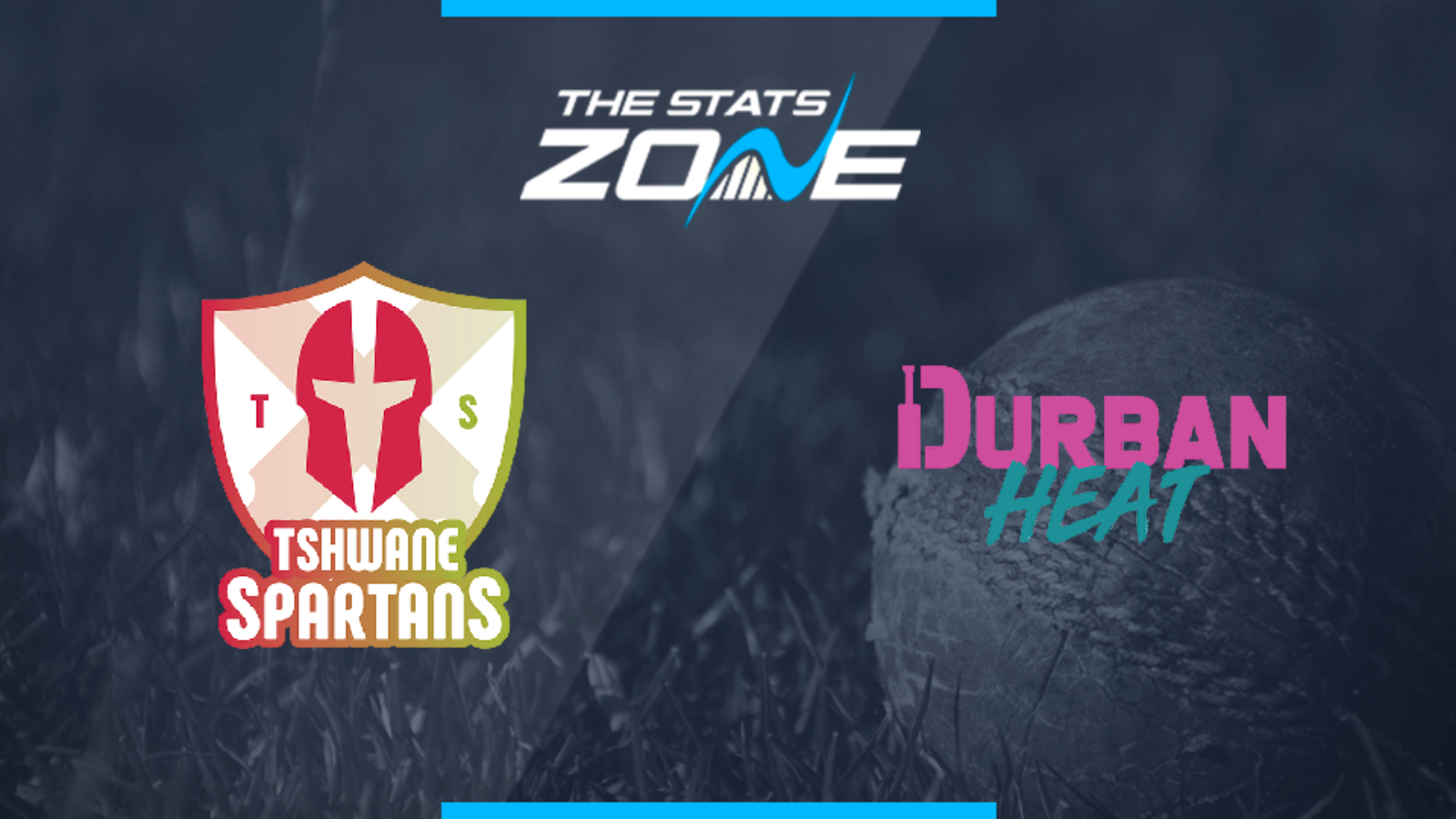 What is the expected weather for Tshwane Spartans vs Durban Heat? 25c with a small chance of rain

What television channel is Tshwane Spartans vs Durban Heat on in the UK? The match will be shown live on BT Sport/ESPN HD (Sky channel 423)

Where can I stream Tshwane Spartans vs Durban Heat in the UK? The match can be streamed live on the BT Sport app

Where can I get tickets for Tshwane Spartans vs Durban Heat? Visit the official MSL website for ticket information

These two teams come into this match having only played one completed game each as they have seen two matches apiece washed out due to bad weather. In the one game they did play, it was the Spartans that made the greater impression with an excellent victory and they look the real deal. The Heat on the other hand did not look convincing and the Spartans have the edge with both bat and ball in terms of quality. There is a risk of some rain once again but the Spartans have to be favoured if this match can be completed.