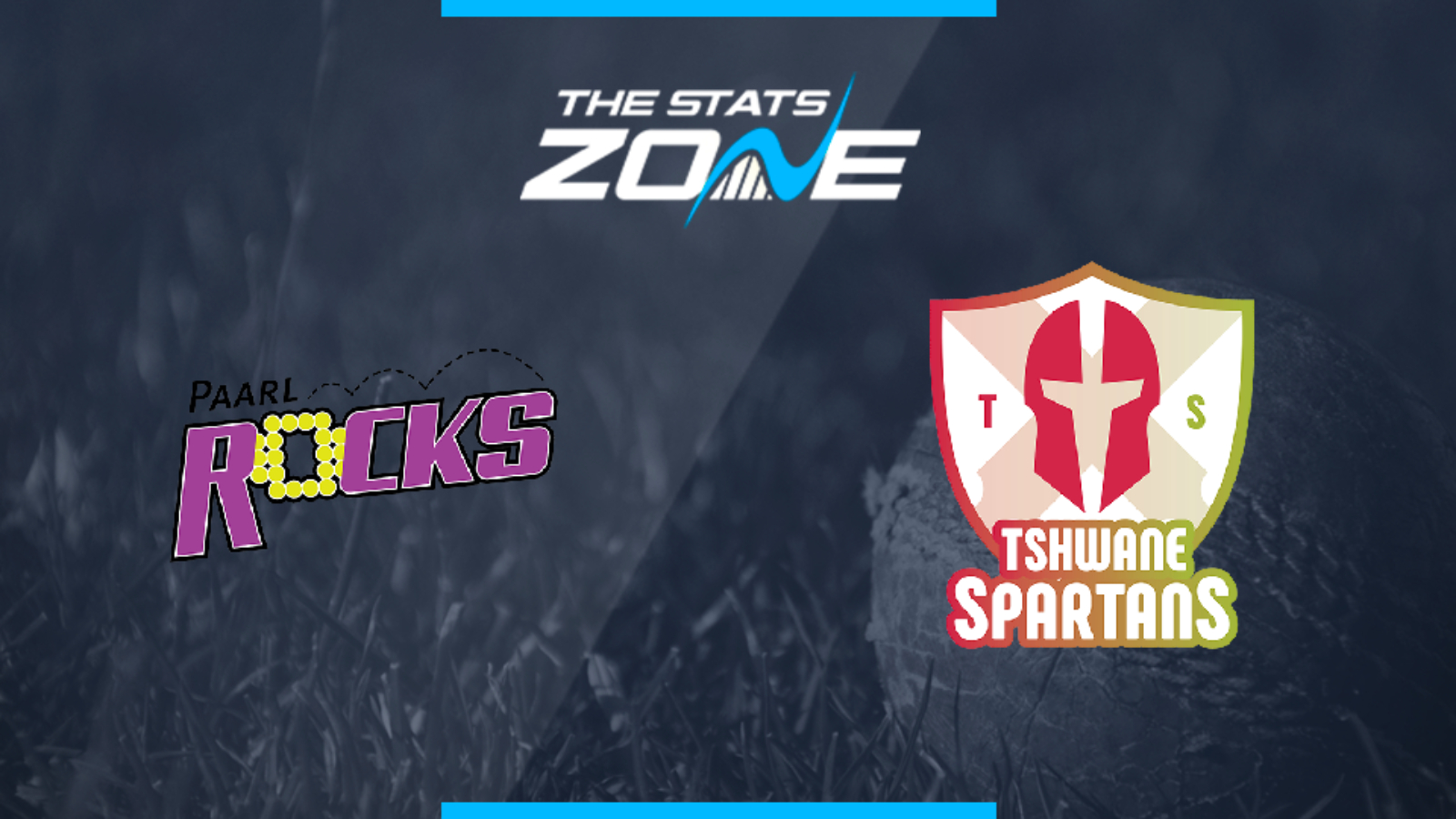 What is the expected weather for Paarl Rocks vs Tshwane Spartans? 33c and sunshine forecast all day

What television channel is Paarl Rocks vs Tshwane Spartans on in the UK? The match will be shown live on BT Sport/ESPN HD (Sky channel 423)

Where can I stream Paarl Rocks vs Tshwane Spartans in the UK? The match can be streamed live on the BT Sport app

Where can I get tickets for Paarl Rocks vs Tshwane Spartans? Visit the official MSL website for ticket information

What was the outcome in the last meeting? Tshwane Spartans beat Paarl Rocks by 8 wickets

Tshwane Spartans will have plenty of confidence coming up against Paarl Rocks who they have beaten in all four previous meetings coming into this final. This match is billed as Faf du Plessis versus AB de Villiers but there are plenty more stars on show who will help decide this game. The batting is pretty equal when analysing the two teams although much will depend on whether Pretorius plays for the Rocks and Mulder can play for the Spartans as they are two key all-rounders that could make a big difference. In terms of the bowling attacks, the spin duo of Fortuin and Shamsi may just make the difference for the Rocks as they have throughout this tournament and lead them to their first ever win over the Spartans.