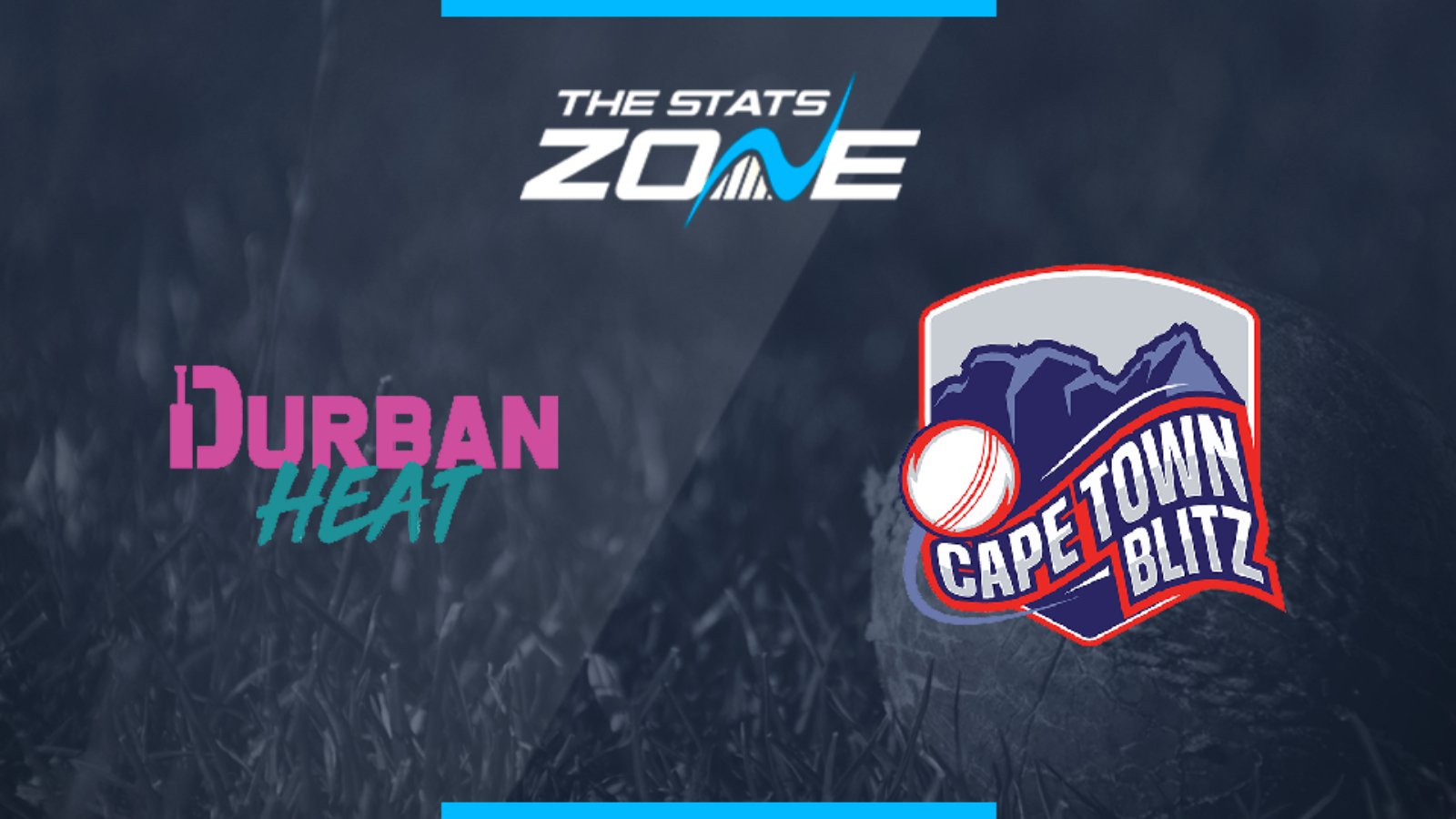 What is the expected weather for Durban Heat vs Cape Town Blitz? 22c with a 70% chance of rain

What television channel is Durban Heat vs Cape Town Blitz on in the UK? The match will be shown live on BT Sport/ESPN HD (Sky channel 423)

Where can I stream Durban Heat vs Cape Town Blitz in the UK? The match can be streamed live on the BT Sport app

Where can I get tickets for Durban Heat vs Cape Town Blitz? Visit the official MSL website for ticket information

What was the outcome in the last meeting? Durban Heat beat Cape Town Blitz by 6 wickets

All the signs suggest this is going to be a third consecutive washout for Durban Heat but if they do manage to get some play, this is going to be a tough assignment for them. With hardly any time out in the middle, they come up against a Blitz side that have started the campaign well having won two of their opening three matches. The bowling unit looks extremely strong, while all of their batsmen are contributing now. With the inclusion of Wahab Riaz alongside Dale Steyn and Anrich Nortje, they may just have too much for the Heat’s batsmen who may be a little rusty.