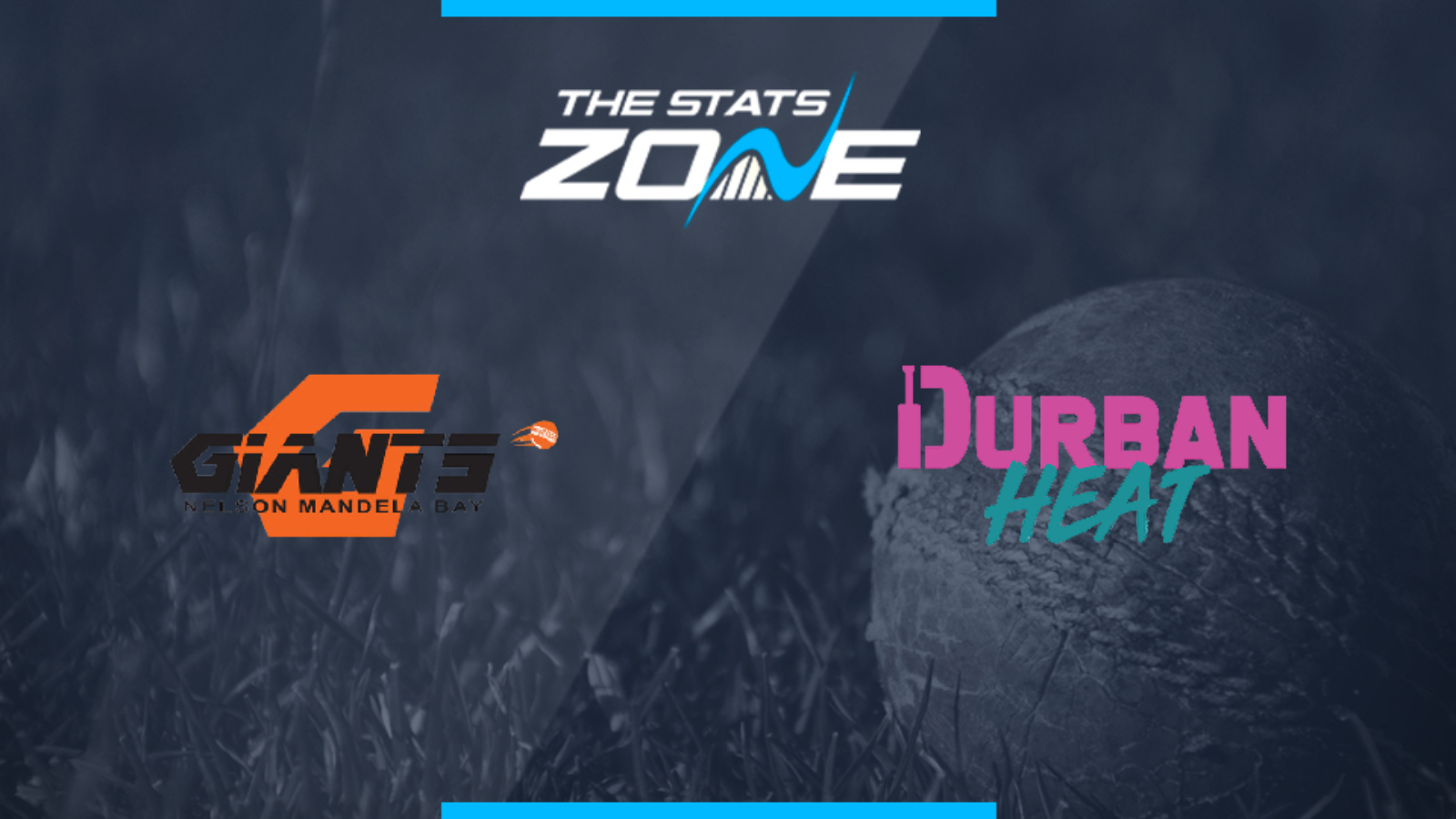 What is the expected weather for Nelson Mandela Bay Giants vs Durban Heat? 22c with sunshine and cloudy intervals

What television channel is Nelson Mandela Bay Giants vs Durban Heat on in the UK? The match will be shown live on BT Sport/ESPN HD (Sky channel 423)

Where can I stream Nelson Mandela Bay Giants vs Durban Heat in the UK? The match can be streamed live on the BT Sport app

Where can I get tickets for Nelson Mandela Bay Giants vs Durban Heat? Visit the official MSL website for ticket information

Durban Heat have been frustrated on three occasions by the weather so far, but they have hardly been convincing in the action they have been involved where possible. They have just been lacking in form and sharpness which is not ideal when they come up against the best team in the tournament so far. The Bay Giants have started MSL 2019 in impeccable form with both bat and ball, and they have so many different players producing big performances for them. Even if one or two of them are not at their best, they still have so many matchwinners that they are picking up victories. Barring complacency, it is difficult to see how the Heat can beat them here on current form.