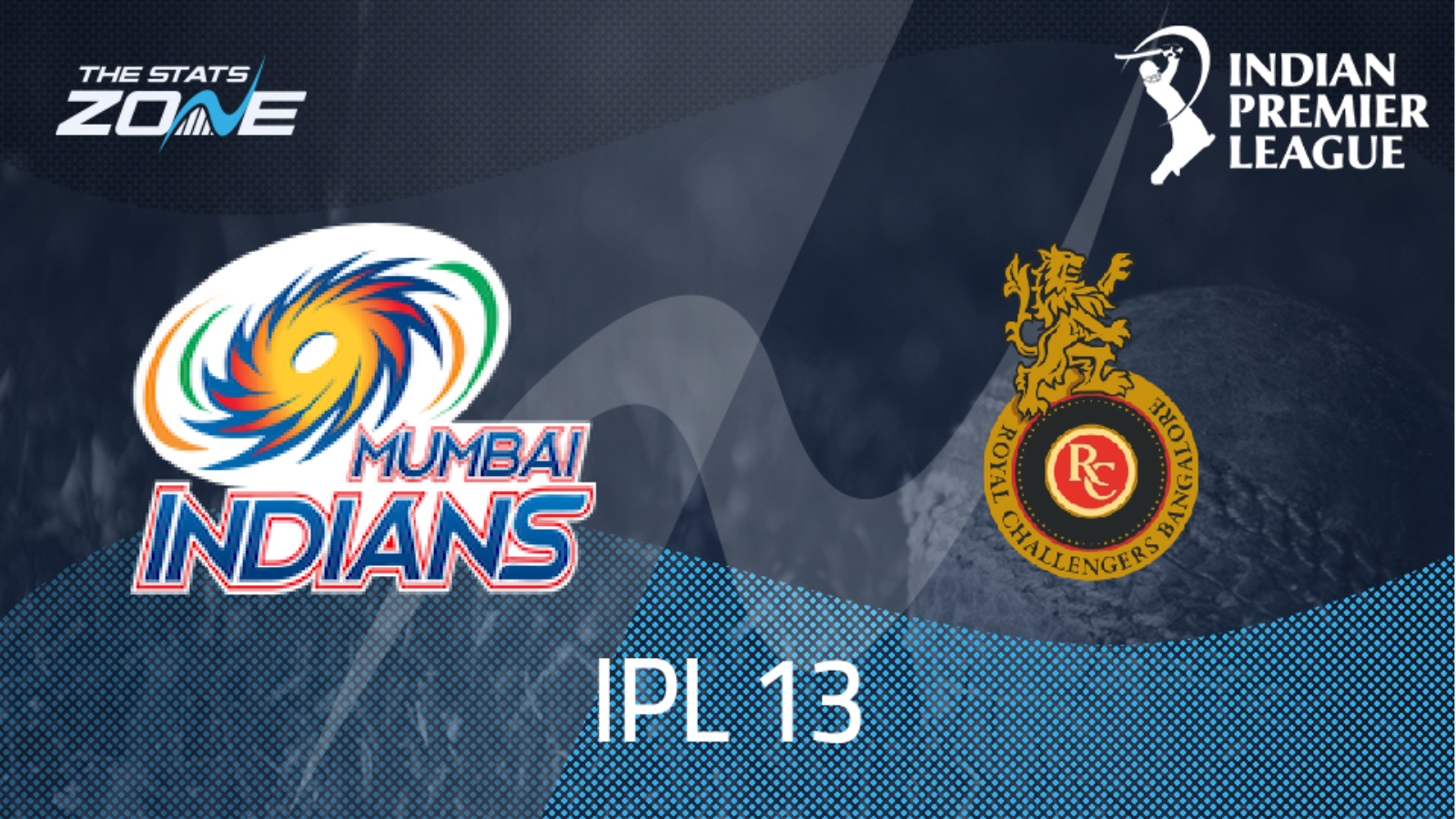 What is the expected weather for Mumbai Indians vs Royal Challengers Bangalore? 31c sunny

Where can I get tickets for Mumbai Indians vs Royal Challengers Bangalore? IPL 2020 matches will be played without spectators to begin with but the official IPL website will update fans if this situation changes

What channel is Mumbai Indians vs Royal Challengers Bangalore on? Sky Sports will be televising this match

Where can I stream Mumbai Indians vs Royal Challengers Bangalore? Sky Sports subscribers will be able to stream the match live vis the Sky Go website or app

There is little to choose between these two teams as they both sit on 14 points and know a win will virtually secure them a place in the knockout phase with games running out. Mumbai have the better all-round team but as was shown in the first match between the two sides, if Kohli and De Villiers click into gear, they can lead RCB to victory in any game. The edge goes to Mumbai however with their impressive bowling attack and they will surely show some positive reaction after their poor display against CSK. The first match between these two sides was a classic where both teams scored over 200 and it went to a Super Over and there is every chance this goes all the way too, but Mumbai are the ones marginally preferred.