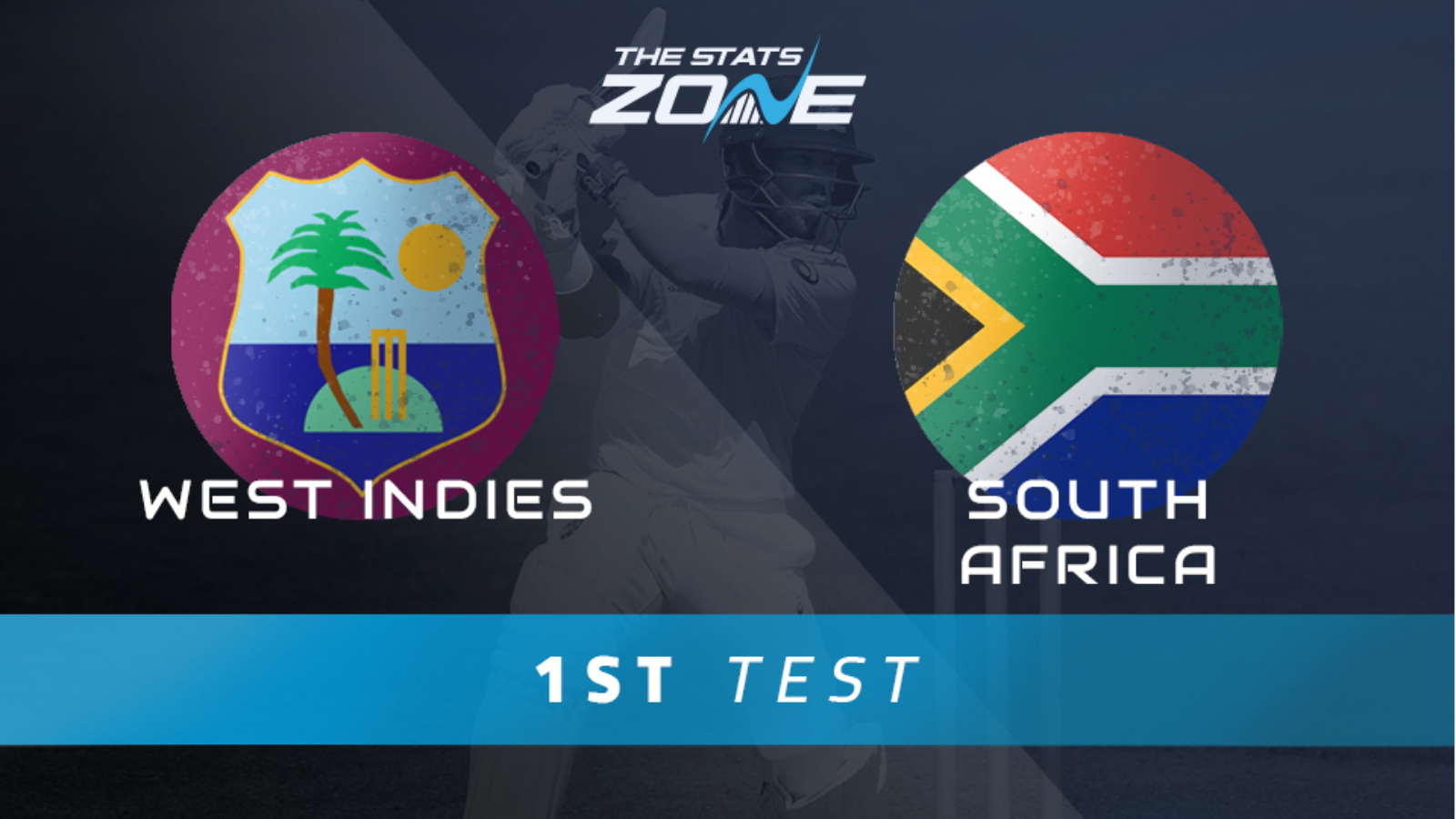 What is the expected weather for West Indies vs South Africa? 19-24c with sunshine forecast across all five days

What channel is West Indies vs South Africa on? The match will be televised live on BT Sport in the UK

Where can I stream West Indies vs South Africa? BT Sport subscribers will be able to stream the match live via the BT Sport website and app

This test series between West Indies and South Africa was originally set to take place between July and August in 2020 before the Covid-19 pandemic forced the tour to be postponed, with West Indies travelling to England instead. Almost a year on and the two sides are finally set to lock horns for the first time in a test match since all the way back in January 2015. South Africa won that game, but have fallen greatly in the years that have followed in the red ball game and the Proteas will hope that this test series represents the beginning of an upward trajectory under new captain Dean Elgar. Whilst their bowling attack looks a very strong unit with the spin of Keshav Maharaj complementing the pace of Kagiso Rabada and Anrich Nortje, the South African batting line-up looks extremely fragile.

West Indies meanwhile, enter this contest in good spirits with a number of their players having shown great form in red ball cricket this year. Kraigg Brathwaite’s side are unbeaten in their last four test matches and unlike South Africa, their batting looks stable and secure, which could make all the difference on what is expected to be a good batting surface with five days of sunshine forecasted. Whilst South African spin-bowler Maharaj could be afforded some turn as the match goes on and the pitch breaks up in the heat, he needs his teammates to give him some room to manoeuvre by putting a good first innings score on the board. Unfortunately though, when taking into account the struggles faced by the Proteas with the willow it would not be a surprise to see them blown away by a Windies pace attack led by the dangerous Kemar Roach, ultimately leading to the hosts dominating and eventually winning this first test.