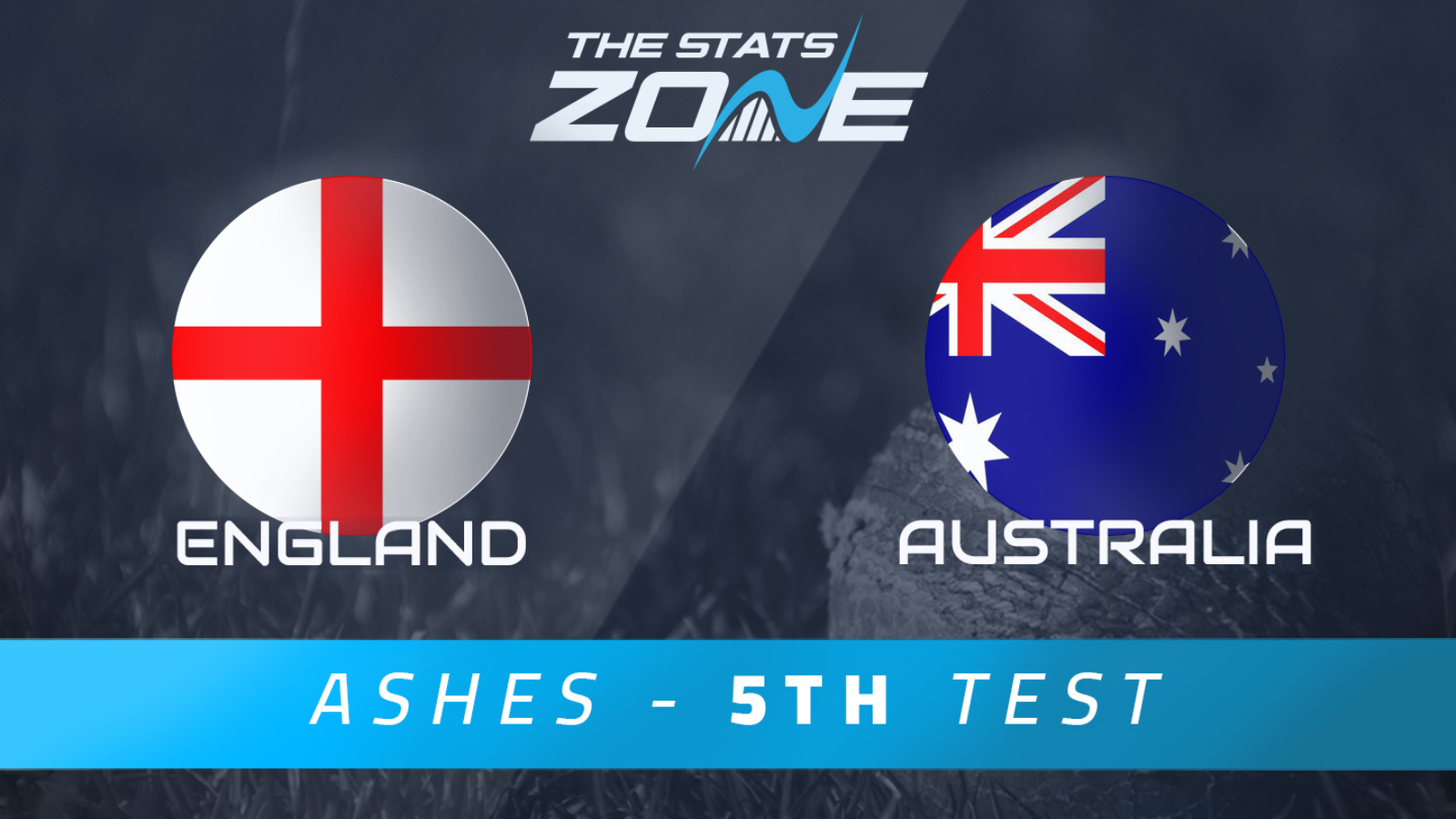 Where is England vs Australia taking place? The Oval, London

What is the expected weather for England vs Australia? 27c and sunshine forecast for all five days

Where can I get tickets for England vs Australia? Tickets for the match can still be purchased via Stubhub here!

After Ben Stokes’ heroics at Headingley, England came crashing back down to earth at Old Trafford as they could not hold off the rampant Aussie bowling attack for a second time. The tourists have been the better side throughout this series and they will be motivated to ensure they seal the series at The Oval. The weather forecast is good and with the bowlers continuing to dominate, an outcome is extremely likely which removes the draw from the equation. Australia still possess an edge in all areas and they have to be favoured to keep the foot on the gas and pick up another win in this final Test match.