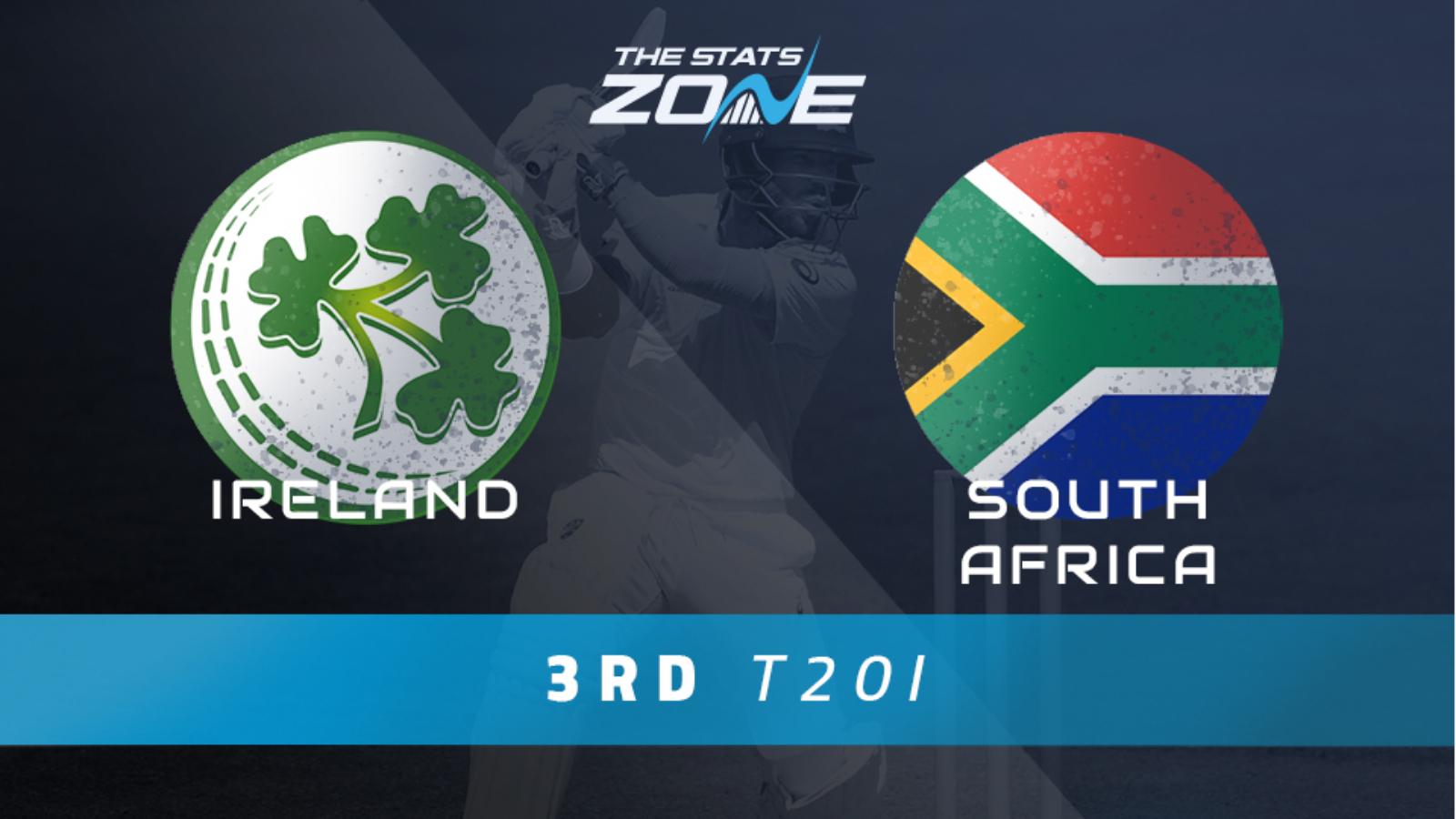 What is the expected weather for Ireland vs South Africa? 21c, with sunshine and light winds

The difference in quality between the two sides was perhaps at its most evident during Ireland’s unsuccessful run chase in the second T20i, with South Africa’s simply too strong for Andrew Balbirnie’s batting line-up. The Proteas have hugely impressed in this T20i series and their squad depth in particular looks incredibly strong, especially on the bowling front with every player making a contribution when selected. This has allowed captain Temba Bavuma the luxury of fielding a strong team regardless of whether a key player or two have been rested. Whilst dismissing the likes of Balbirnie and Paul Stirling at the top of the order early on will be important, South Africa’s deep batting order combined with their stacked bowling unit is expected to see them through to a victory in this third T20i and a series sweep.