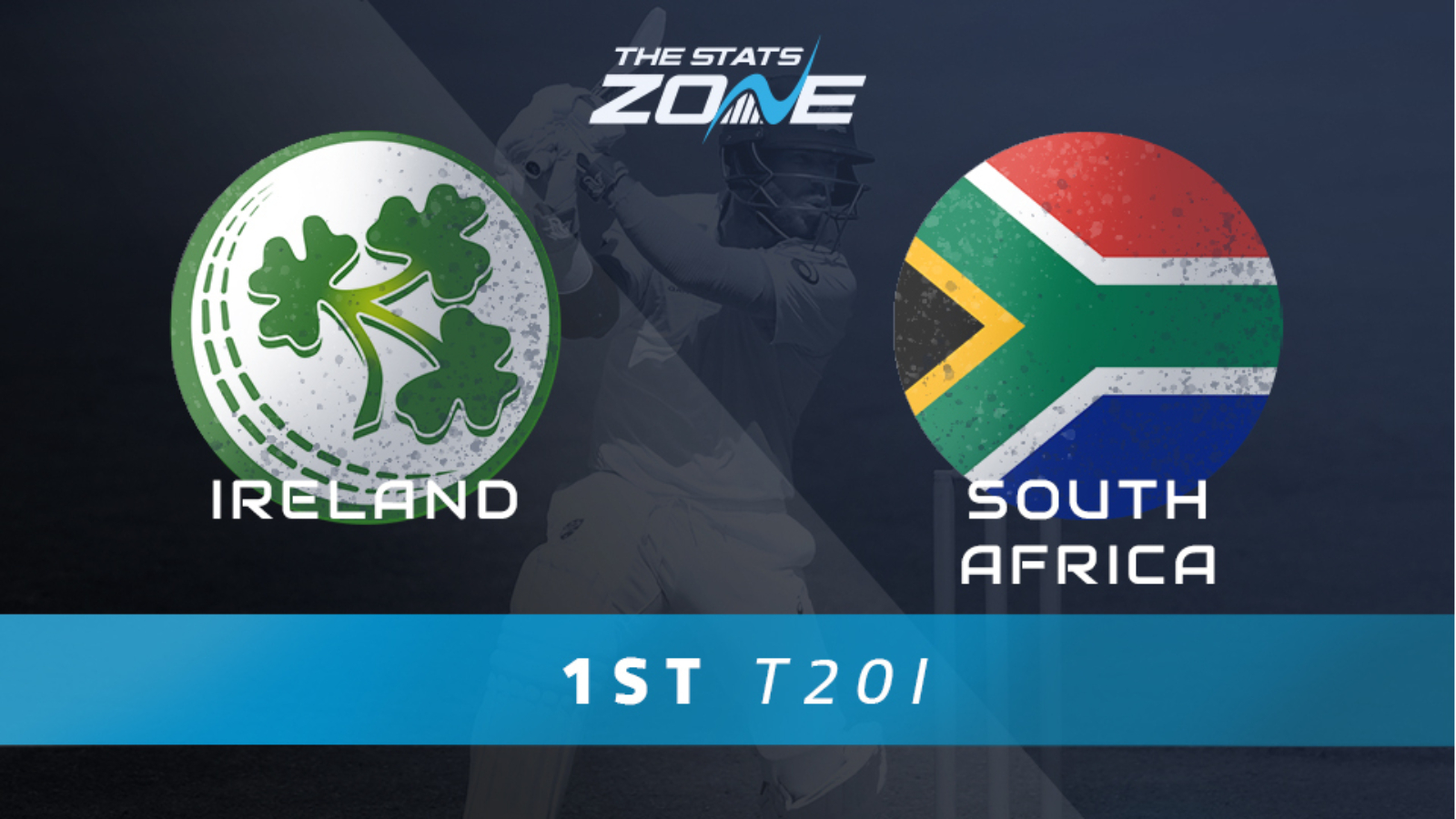 Where is Ireland vs South Africa taking place? The Village, Malahide, Dublin

What is the expected weather for Ireland vs South Africa? 21c, with bright sunshine and a gentle breeze

LAST MEETING
The two sides have not met previously in a T20i.

Glorious sunshine awaits Ireland and South Africa as they do battle for the first time ever in a T20 fixture in the first of this three-match series. The ODIs proved that the hosts are more than good enough to go toe-to-toe with the Proteas in white ball cricket and as a result, this contest isn’t expected to be a walk over for South Africa. However, the quality of the tourists’ bowling attack at this format of the game is notorious and they will be confident of blunting the firepower that Ireland possesses. Add that to the form of South Africa’s top order batters such as De Kock and Malan and the Proteas look to have all bases covered, which should lead to them picking up the win here. However, be sure to keep an eye on the teams following the toss, as any rotation and resting of key players could well give Ireland a chance.