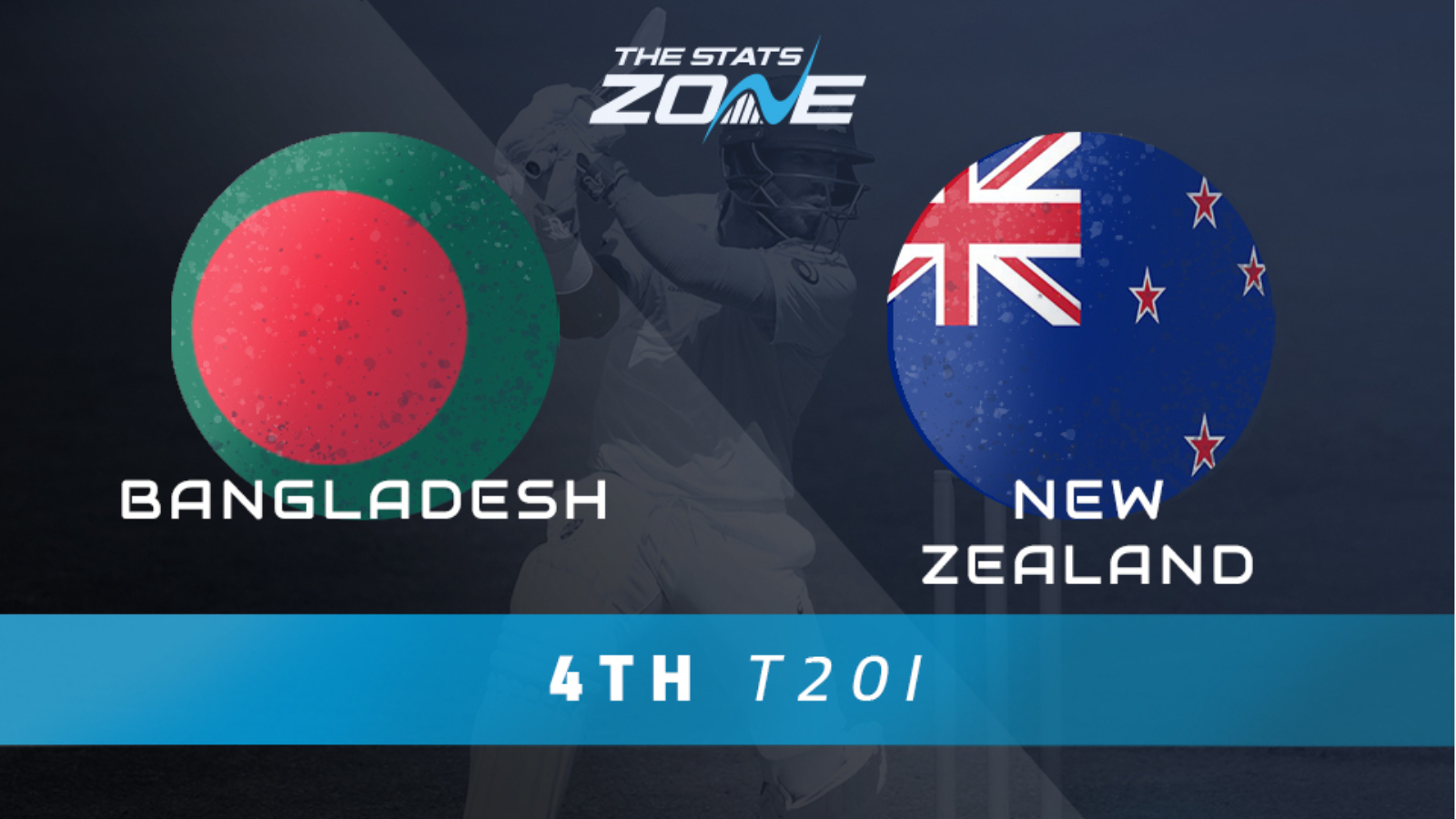 What is the expected weather for Bangladesh vs New Zealand? 30-31c with sunny intervals and light winds.

What channel is Bangladesh vs New Zealand on? The match will not be televised in the UK.

Where can I stream Bangladesh vs New Zealand? This match cannot be streamed in the UK.

A response is expected from Bangladesh in this fourth T20i and they have a second chance to seal a series victory here at home against New Zealand. The bowling of the hosts was not of their usual high standard, although take nothing away from the tourists with both Nicholls and Blundell in particular batting brilliantly, before spin-bowler Ajaz Patel shone with the ball. However, with two days to rest and recover, the expectation is that Bangladesh will come out firing for this one and if they can replicate their performances of the opening two T20i games between these two sides, then they will prove too strong for New Zealand in this one.