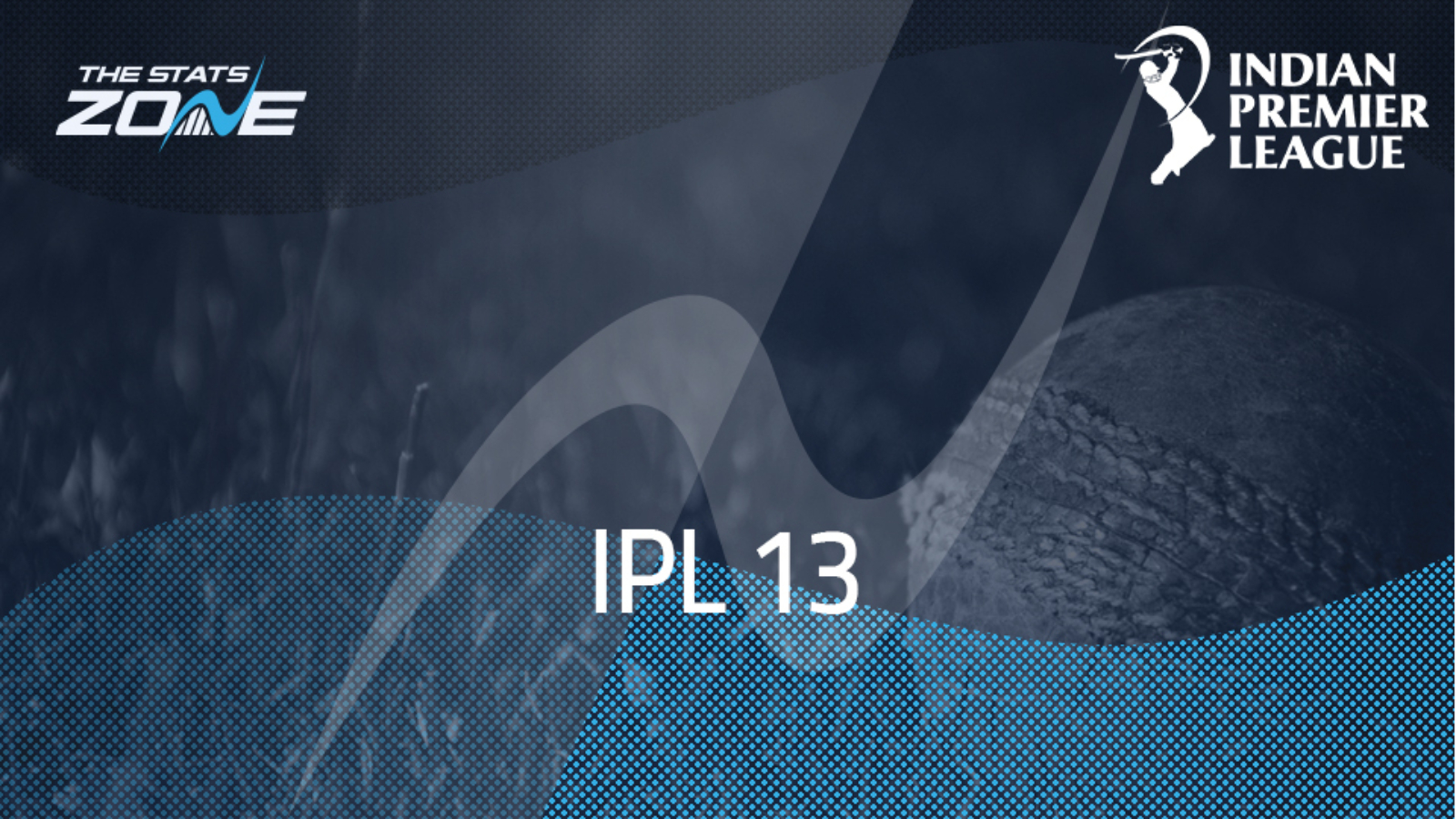 The status of this year’s Indian Premier League is currently unknown with the COVID-19 pandemic raging across the world. The 2020 IPL was originally scheduled to begin on March 29th, but that date has since been changed to April 15th. That date is by no means secure and there is every chance that a further delay will be announced in the near future.

However, with the tournament currently scheduled to begin in just over a fortnight, we thought now would be a good time to release our preview of this year’s competition. We analyse all eight teams set to compete and give our predictions on who will come out victorious in 2020 and who could be set to disappoint.

Last year’s Indian Premier League champions the Mumbai Indians will be looking to retain their title in 2020 and thus securing their 5th IPL title. Captained by opener Rohit Sharma, Mumbai defeated Chennai Super Kings by one run in a thrilling 2019 grand final. The bowlers played a key role in that win, with Jasprit Bumrah and Rahul Chahar recording incredible economy rates of 3.50 runs per over.

This year has seen Mumbai make two notable purchases in the IPL 2020 auction. Australian bowler Nathan Coulter-Nile was bought for 800L INR and he was joined by fellow countryman Chris Lynn, with the big-hitting opening batsman purchases for 200L INR. New Zealand international fast bowler Trent Bolt has joined from Delhi Capitals, whilst Indian legend Yuvraj Singh is the most notable player released from the squad after 2019.

Mumbai Indians, as you would expect, have all bases covered ahead of this year’s tournament with batting options such as Rohit and Quinton de Kock complemented by Bumrah with the ball. Trading in Boult looks a smart move with the side based at Wankhede Stadium, where the ball has a tendency to swing. The only position of the side possibly under question may be its lack of a specialist spinner, although Chahar proved himself as capable last year.

Chennai Super Kings (Runners Up in 2019)

Chennai Super Kings suffered heartbreak in IPL 2019, losing by one run to Mumbai Indians in the final. Australian Shane Watson made 80 runs from 59 balls but it wasn’t enough for Mahendra Singh Dhoni’s side, who would have secured their second IPL title in two years with victory.

Five players were released from the Super Kings ahead of 2020 with Sam Billings and David Willey the most notable players let go. Their most notable players bought at auction were Australian Josh Hazlewood and England international Sam Curran, whilst leg-spinning all-rounder Piyush Chawla was also bought.

Long-serving captain MS Dhoni has extra motivation to perform well in this year’s IPL with a place in the India squad for the 2020 ICC T20 World Cup potentially up for grabs. Former international teammate Suresh Raina will again play a big role with the bat as well alongside Watson and Faf Du Plessis. Spin is very well covered with the leading wicket-takers of last year’s IPL, Imran Tahir spearheading the attack alongside Ravi Jadeja and Harbhajan Singh. A potential weakness, however, could be a lack of genuine left-arm pace, although they will hope that Curran will go some way towards filling that gap.

Delhi Capitals were beaten by Chennai Super Kings in Qualifier 2 last year to send them out of the tournament in 3rd place. Unable to take early wickets after posting a total of 147/9, the Capitals succumbed to a six-wicket defeat with an over still in the tank. It was a disappointing end after what had been a successful group stage campaign, which saw them finish in third place with the same amount of points as the two teams above them, Mumbai and Chennai.

Whilst New Zealand fast bowler Trent Boult was traded out, Delhi bought a host of players in the auction. England limited overs opener Jason Roy, BBL 2020 player of the season Marcus Stoinis and West Indian Shimron Hetmyer are among the eight players signed but Chris Woakes has since pulled out to focus on preparing for England's home test series against West Indies and Pakistan.

Sunrisers Hyderabad were knocked out of last year’s IPL at the eliminator stage. Despite the efforts of star overseas mystery spinner Rashid Khan, who took 2/15 from his four overs, the Sunrisers fell to a narrow two wicket defeat against Delhi Capitals. They’ll be looking to channel that disappointment into this year’s campaign.

Australian opener David Warner will captain the side and will open alongside Jonny Bairstow after the two formed such a dynamic opening partnership last season. Mitchell Marsh was bought at auction and will compete for a place in a batting line-up that includes New Zealand captain Kane Williamson. Notable internationals Martin Guptill and Shakib Al Hasan were both released.

The Sunrisers look like they have the tools to finally go all the way this year. Their bowling looks very strong with Bhuvneshwar Kumar, Sandeep Sharma and Billy Stanlake providing pace options. Rashid Khan, as always, will play a huge role with his spin. Warner and Bairstow make up arguably the best opening batting partnership of all the sides in this year’s tournament with Williamson a calm head amongst the violent big-hitters all around him. With a great mix of experience and youthful exuberance, this could finally be the Sunrisers' time to win it all!

A new-look Kolkata Knight Riders will take to the field in this year’s IPL with a new head coach appointed for 2020 in Brendan McCullum. They missed out on the playoffs last year on net run-rate and they have spent some big money to ensure that this time they mount a serious challenge for the trophy.

The key acquisition is that of Pat Cummins. Kolkata broke the record for the highest fee spent on an overseas player, signing the Australian fast bowler for 15.5 Crores INR. Also signed up is England’s white ball captain and world cup winner Eoin Morgan for 5.25 Crores INR. Opener and hot young English prospect Tom Banton was also bought at auction. On the flip-side, some big names have been released from the squad such as Chris Lynn, Carlos Brathwaite, Robin Uthappa and Piyush Chawla.

Kolkata boast arguably the most destructive player in world cricket amongst their ranks in Andre Russell. He was named MVP of IPL 2019 and McCullum will be hoping that ‘Dre Russ’ can spearhead an assault on the title this year. They also boast the emerging player of the season in Shubman Gill. Morgan adds leadership, although Dinesh Karthik will continue to captain the side, whilst the bowling is covered with death bowling specialist Harry Gurney complementing Cummins and Lockie Ferguson, with Kuldeep Yadav offering left-arm spin.

The second team alongside Kolkata Knight Riders to miss out on the playoffs last year by virtue of net run-rate, Kings XI Punjab have never won the Indian Premier League, despite having been in existence since the very first season. Coached by former leg-spinner and Indian cricketing legend Anil Kumble, will this be the year that Kings XI finally break their duck?

Kings XI Punjab did well in the off season to plug the gaps in their squad. Maxwell in particular looks a great signing, with the Australian amongst the best T20 players in the world. Their bowling perhaps lacks the star power of other franchises but boasts depth and is not to be underestimated with plenty of options available to captain K.L. Rahul. Chris Gayle will provide the fireworks at the top of the order alongside Rahul and Kings XI will need the ‘Universe Boss’ in good nick if they are to make the playoffs.

It has been a busy off-season for Rajasthan with 11 players bought at auction (the most of all eight franchises). Batsman Robin Uthappa was purchased alongside dependable T20 bowlers Andrew Tye and Tom Curran. All of Rajasthan’s big-name players were retained, specifically the English trio of Ben Stokes, Jos Buttler and Jofra Archer.

Rajasthan have suffered a huge blow ahead of the competition with Archer ruled out of the 2020 IPL due to a stress fracture. This leaves them worryingly short in the bowling department with perhaps a lack of genuine world class amongst them. Whilst their batting looks strong on paper, the side do look perhaps a little too reliant on captain Smith, alongside England World Cup heroes Stokes and Buttler.

The 2019 IPL was one to forget for Virat Kohli’s Royal Challengers Bangalore. Finishing rock-bottom of the table in the group stage will have been considered an embarrassment for India’s captain and a side containing the likes of AB de Villiers and Dale Steyn. Head coach Gary Kirsten paid for the failure with his job and has been replaced by Australian Simon Katich.

A total of 11 players were released in the off-season as Royal Challengers look to right the wrongs of 2019. Australian duo Nathan-Coulter Nile and Marcus Stoinis alongside batsman Shimron Hetmeyer were amongst the bigger names let go. England all-rounder Moeen Ali, was unsurprisingly retained and is expected to remain an important part of the side. However, whilst two Australians were moved out, two new Australians were brought in as powerful opener and Australia’s limited overs captain Aaron Finch was bought at auction, along with up-and-coming wicketkeeper batsman Josh Phillipe fresh from a starring performance in the 2019/20 BBL. South African Chris Morris, was the most expensive purchase made by Royal Challengers at auction, after being bought for 10 Crores INR.

For Royal Challengers Bangalore, only a significant improvement on last year will be considered acceptable in 2020. The pressure will be on Kohli to deliver both as a batsman, but also as a captain. Whilst they have plenty of individual superstars, the big question is whether they can be moulded together as a team? That will be Kohli and Katich’s biggest challenge.