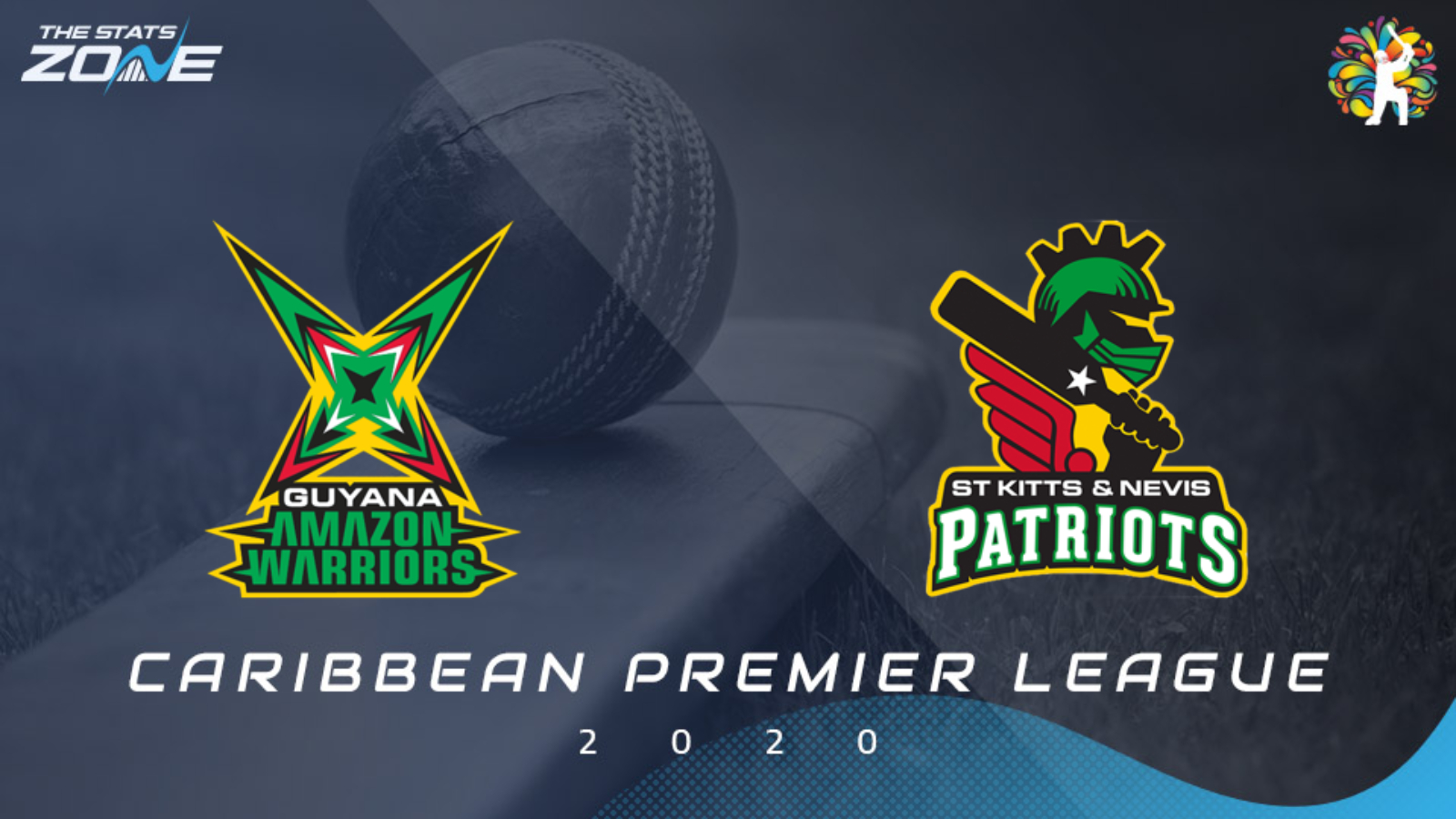 Where can I get tickets for Guyana Amazon Warriors vs St Kitts and Nevis Patriots? All CPLT20 matches will be played behind closed doors

What is the expected weather for Guyana Amazon Warriors vs St Kitts and Nevis Patriots? 29c with a risk of thunderstorms throughout the day that may affect play

What channel is Guyana Amazon Warriors vs St Kitts and Nevis Patriots on? All CPL T20 matches will be shown live on Sky Sports Cricket

Where can I stream Guyana Amazon Warriors vs St Kitts and Nevis Patriots? Sky Go subscribers can stream the match live on their platform

Both of these teams are coming off opening day defeats so they will be desperate to bounce back here. The Amazon Warriors will have more reason for optimism as they had some good individual performances to count on and Imran Tahir and Chris Green will have seen the problems that Santner and Rashid Khan caused the Patriots and will look to repeat that here. The Patriots had some good performances but not enough of them ultimately and they will be frustrated to have put themselves in good positions to win throughout their games with the Tridents, yet that losing habit crept back in. The Amazon Warriors will be fired up to bounce back and they have the greater quality and depth in their ranks to get the win here.