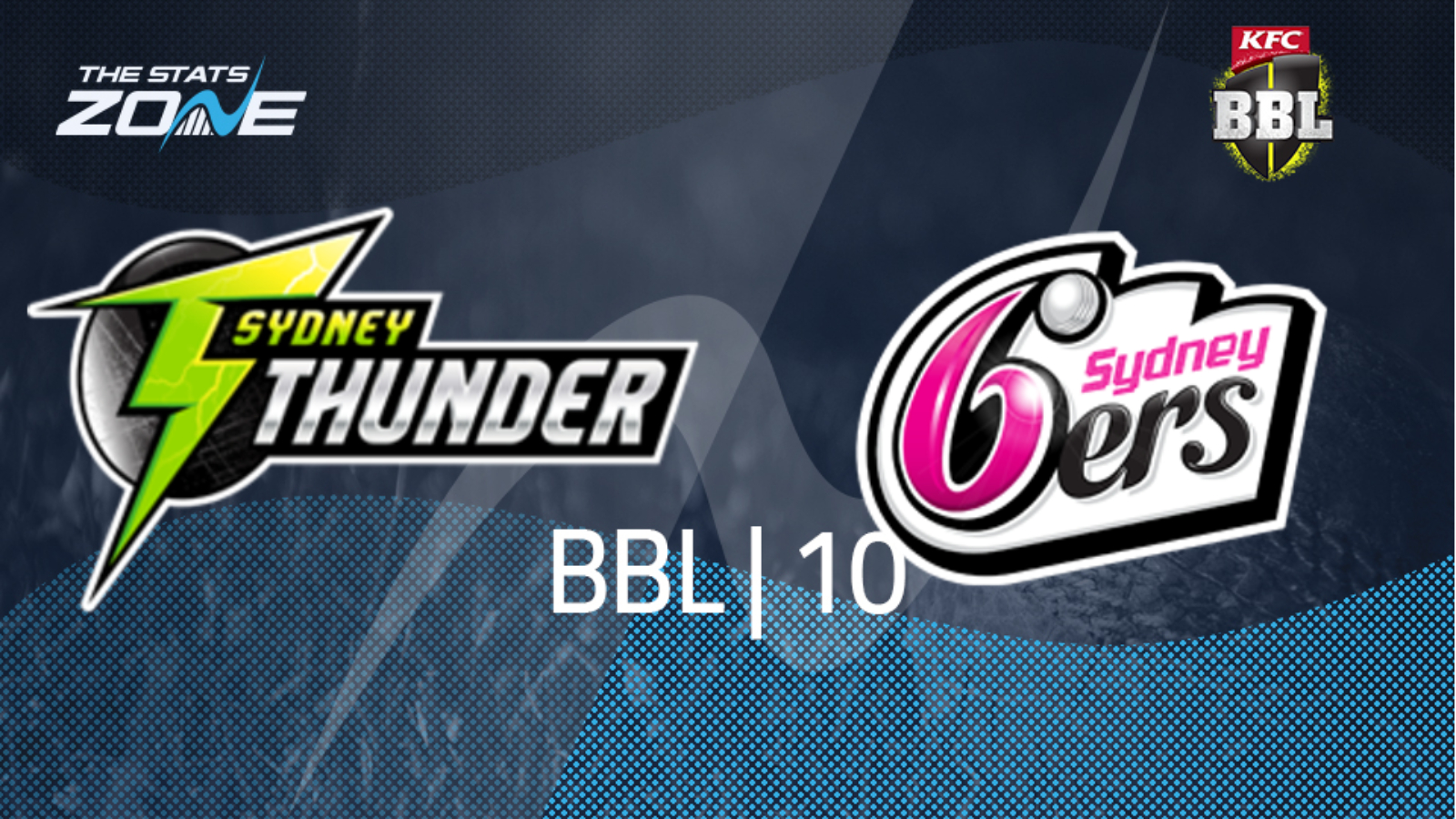 Where can I get tickets for Sydney Thunder vs Sydney Sixers? Ticket information for BBL10 can be found on this link

What channel is Sydney Thunder vs Sydney Sixers on in the UK? BT Sport

Where can I stream Sydney Thunder vs Sydney Sixers in the UK? BT Sport subscribers will be able to stream the match live via the BT Sport website & app

This all-Sydney affair sees the Thunder take on the Sixers with the pair currently occupying the top two spots on the BBL|10 ladder. In what could be a preview of the final, both teams will be confident of success in a game that has been moved to Canberra owing to the current COVID-19 situation. The pair have each won six of their nine matches so far but the Sixers are two points clear of their rivals at the top of the ladder, although the Thunder appear to have the upper hand coming into this. They have scored more runs than their opponents whilst also conceding fewer and with Australian international Daniel Sams pushing for a return from injury to bolster the bowling attack, the Thunder have the tools to come out on top in this one.