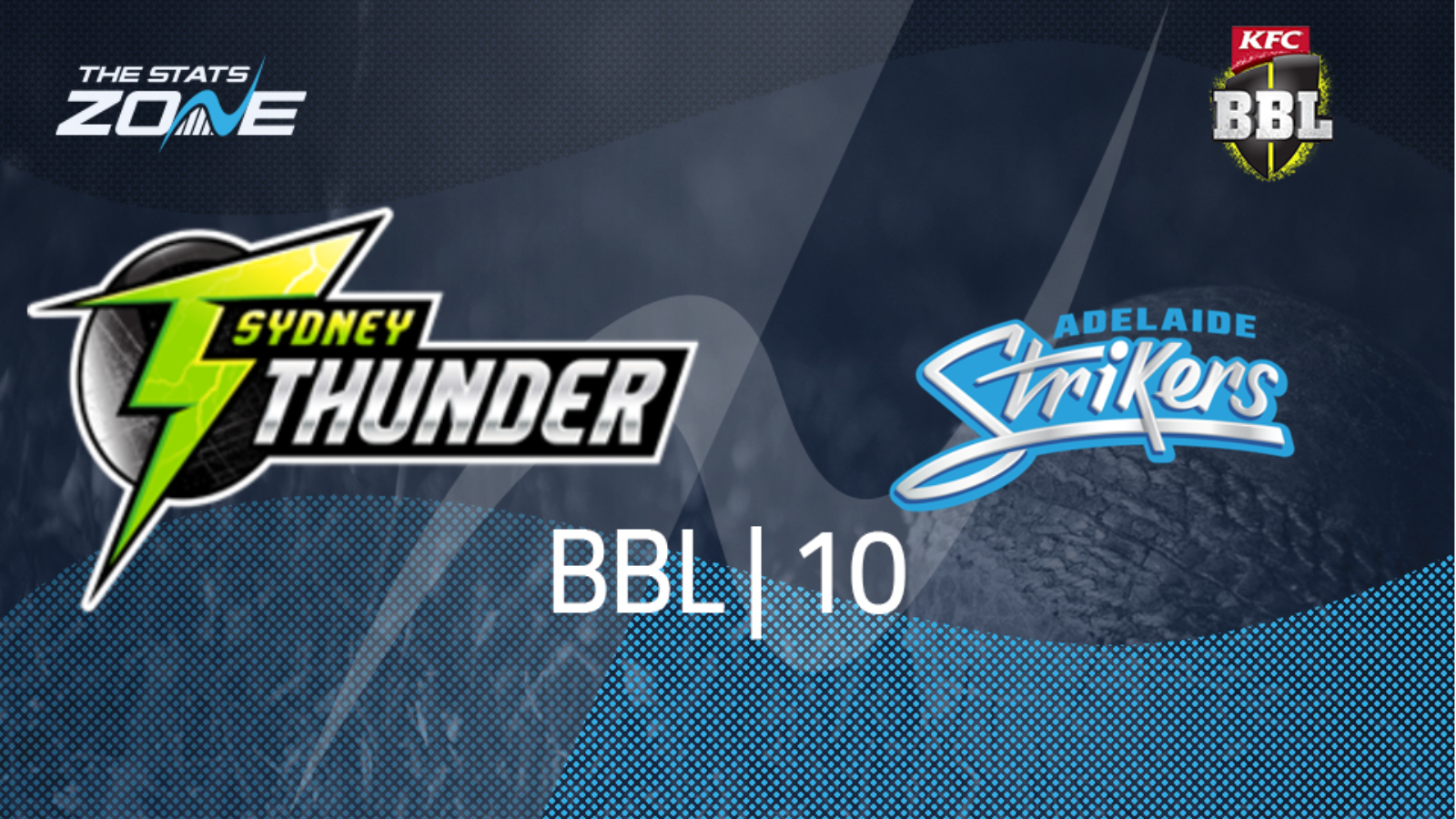 Where can I get tickets for Sydney Thunder vs Adelaide Strikers? Ticket information for BBL10 can be found on this link

What channel is Sydney Thunder vs Adelaide Strikers on in the UK? BT Sport

Where can I stream Sydney Thunder vs Adelaide Strikers in the UK? BT Sport subscribers will be able to stream the match live via the BT Sport website & app

The race to qualify for the BBL|10 finals is set to go right down to the wire but Sydney Thunder can secure their spot with a victory in this clash with Adelaide Strikers. The Thunder come into this on the back of a remarkable performance against local rivals Sydney Sixers in which they whacked their opponents all over the ground in a record-breaking display. They posted the highest-ever total in BBL history with Alex Hales continuing his magnificent form and he is now in possession of the Golden Cap with 462 runs to his name after his amazing century in that game. The Strikers kept their hopes alive as they earned an impressive win over Brisbane Heat as Alex Carey produced a match-winning 100 in that clash. They need to back that up and can cause some problems with their bowling attack but with the Thunder looking imperious with the bat, it is the Sydney outfit that can make it back-to-back successes to book their place in the finals.