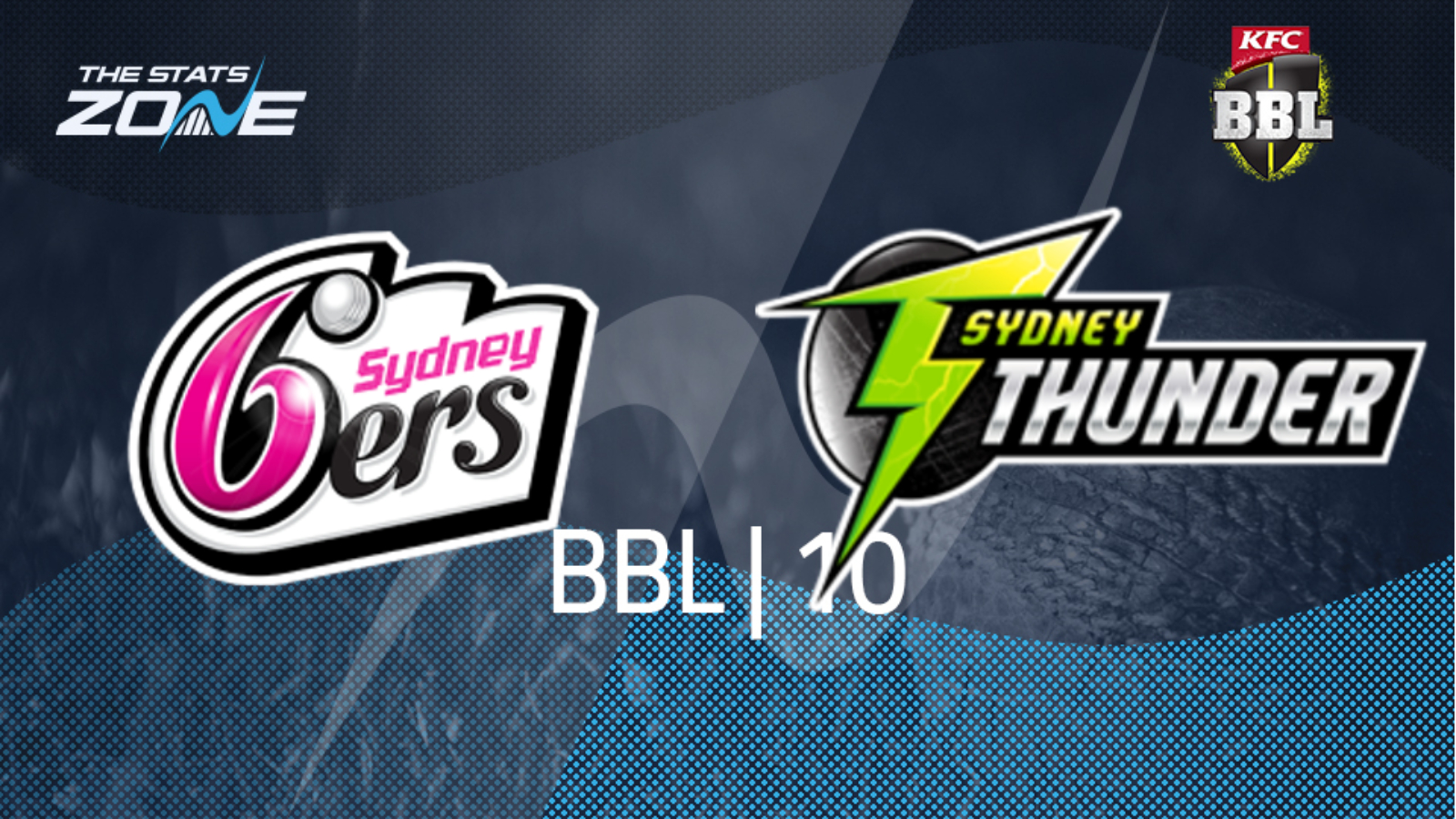 Where can I get tickets for Sydney Sixers vs Sydney Thunder? Ticket information for BBL10 can be found on this link

What channel is Sydney Sixers vs Sydney Thunder on in the UK? BT Sport

Where can I stream Sydney Sixers vs Sydney Thunder in the UK? BT Sport subscribers will be able to stream the match live via the BT Sport website & app

The second Sydney Smash of BBL|10 looks set to be a crucial one, particularly for the Thunder. Their early form left many suggesting that they could make a real challenge for the title but having lost their last three, they are not even guaranteed to make the finals. Their spot in the top five will be in real danger if they fail to stop the rot here but the Sixers will be determined to pile the pressure on their local rivals. They look likely to top the ladder in defence of their title having built a sizeable lead and they can now call upon the services of Sean Abbott and Moises Henriques to further enhance the quality in their squad. For the Thunder, they have lost all-rounder Daniel Sams to injury which is a huge blow and having already fallen short against the Sixers in their recent clash, it is difficult to see the Thunder ending their poor run of form here.