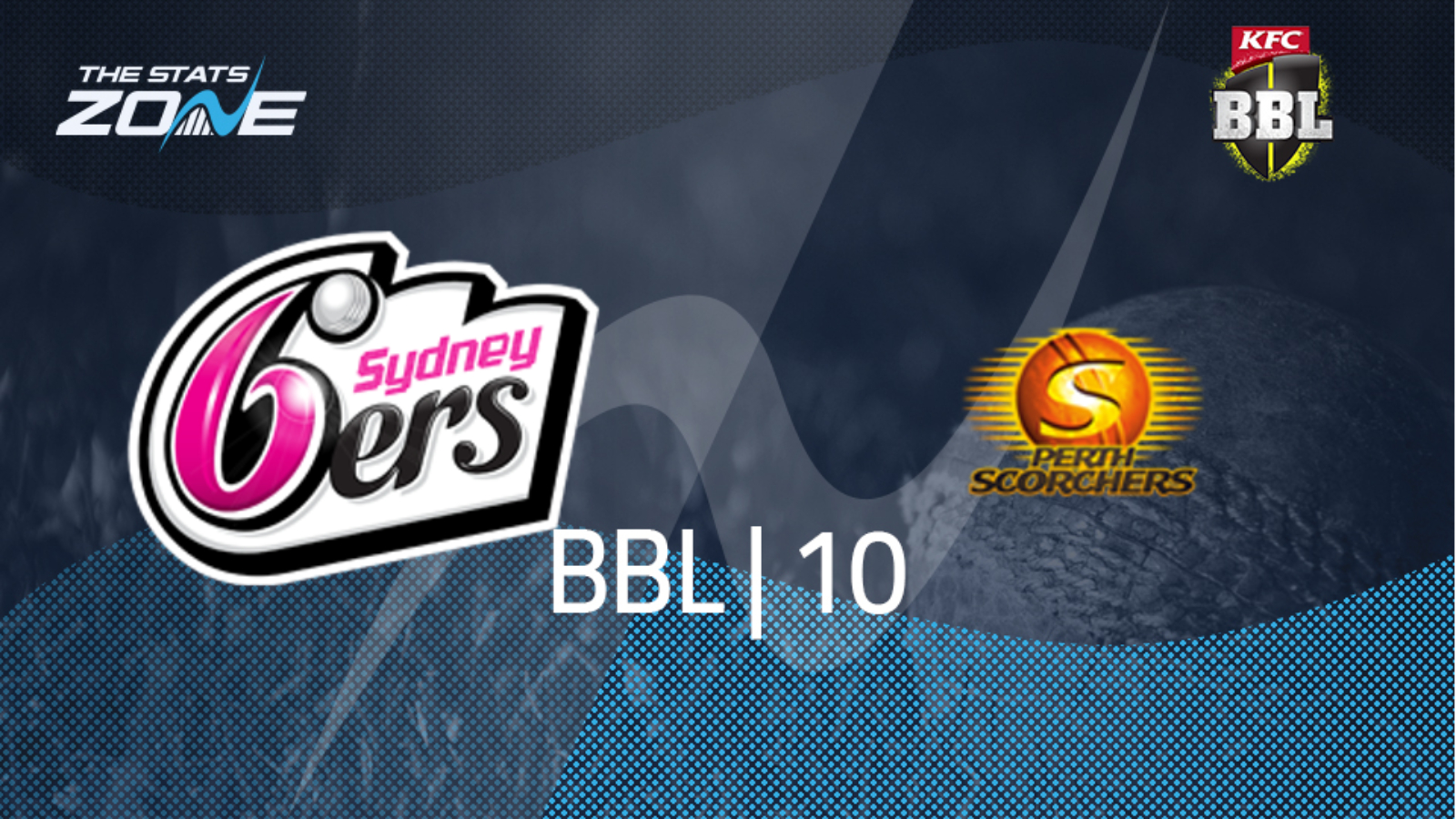 Where can I get tickets for Sydney Sixers vs Perth Scorchers? Ticket information for BBL10 can be found on this link

What channel is Sydney Sixers vs Perth Scorchers on in the UK? BT Sport

Where can I stream Sydney Sixers vs Perth Scorchers in the UK? BT Sport subscribers will be able to stream the match live via the BT Sport website & app

Sydney Sixers and Perth Scorchers will renew their rivalry in the final of BBL|10 in what will be the fourth final between the two teams. The two most successful teams in BBL history go head-to-head with the Sixers looking to equal the Scorchers' record of three titles, while Perth can extend their lead with a fourth crown. The Sixers boast home advantage following their success in the Qualifier and they have beaten the Scorchers in their last two clashes so they will believe they have the edge here. However, they have received a blow with the news that Mitchell Starc will not be available for selection and if Jason Roy can overcome an illness to take his place in the Perth side, it will hand the Scorchers a real boost after he missed the Challenger. The Scorchers have scored at least 170 runs in five of their last six games with the Sixers the only side to keep them below that total but that should not stop a run-fest here with over 320.5 runs expected. This is genuinely a toss of the coin with the Sixers possessing the class to defend their title and having won the last two meetings with the Scorchers managing to take just four wickets in those games, the Sydney outfit can make it three in a row and defend their title.