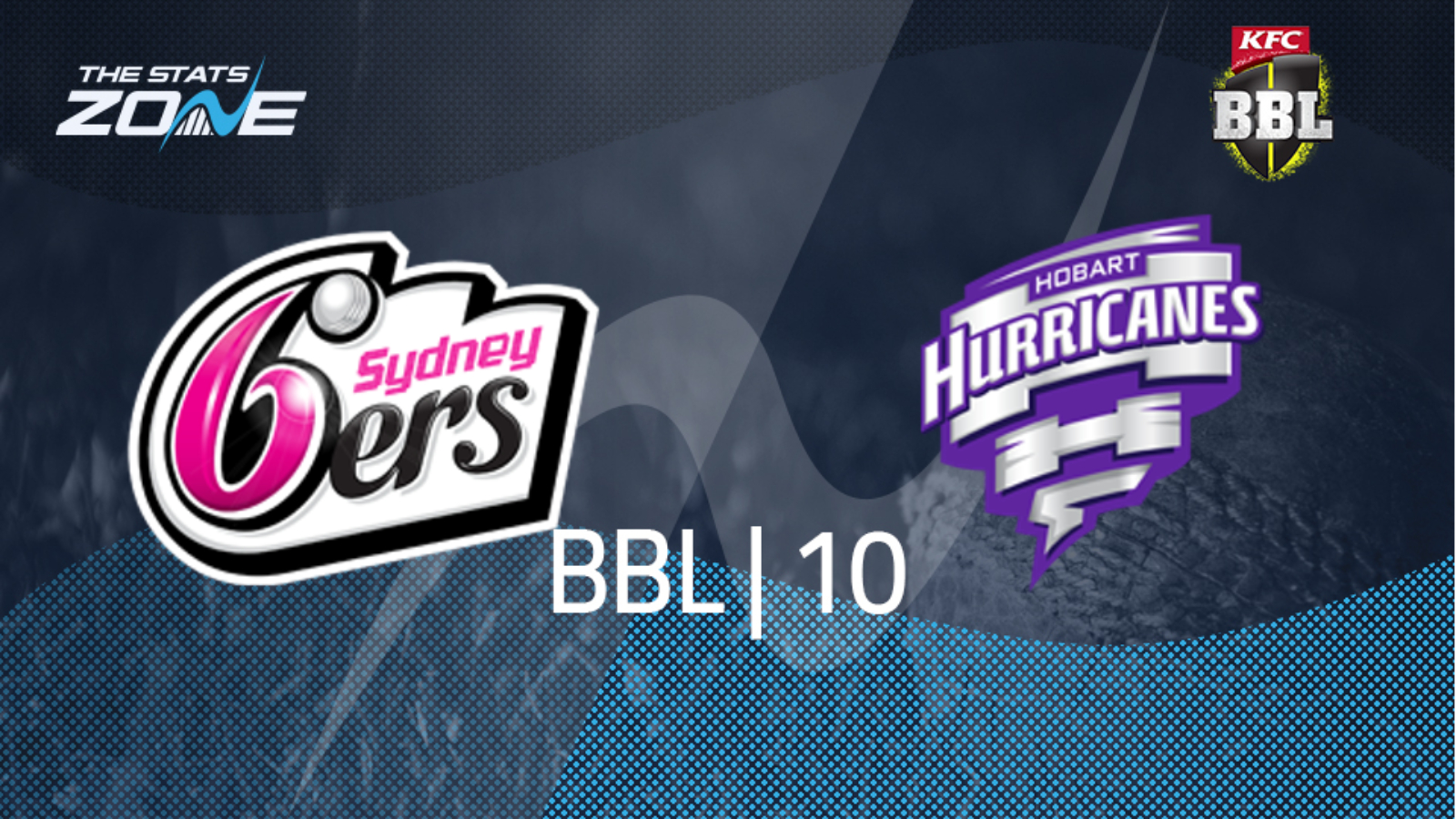 Where can I get tickets for Sydney Sixers vs Hobart Hurricanes? Ticket information for BBL10 can be found on this link

What channel is Sydney Sixers vs Hobart Hurricanes on in the UK? BT Sport

Where can I stream Sydney Sixers vs Hobart Hurricanes in the UK? BT Sport subscribers will be able to stream the match live via the BT Sport website & app

Sydney Sixers will want to produce a response to their loss against local rivals Sydney Thunder and there will be plenty of pressure on their bowling line-up after they were on the end of the biggest ever total in BBL history in that clash. They conceded 232 runs and despite showing their own quality with the bat in response, they fell short which means their position at the top of the ladder is not quite secure. They take on a desperate Hobart Hurricanes side in this penultimate clash for both teams which has now become must-win for the ‘Canes. They begin this game in seventh spot but can still make the top five, although defeat here will make it extremely difficult for them. They have the batting quality to pose problems but they have lacked consistency of late and with the Sixers likely to come out all guns blazing with the ball, the reigning champions’ batting quality should prove to be too good for out-of-form and under pressure Hurricanes who have lost four of their last five.