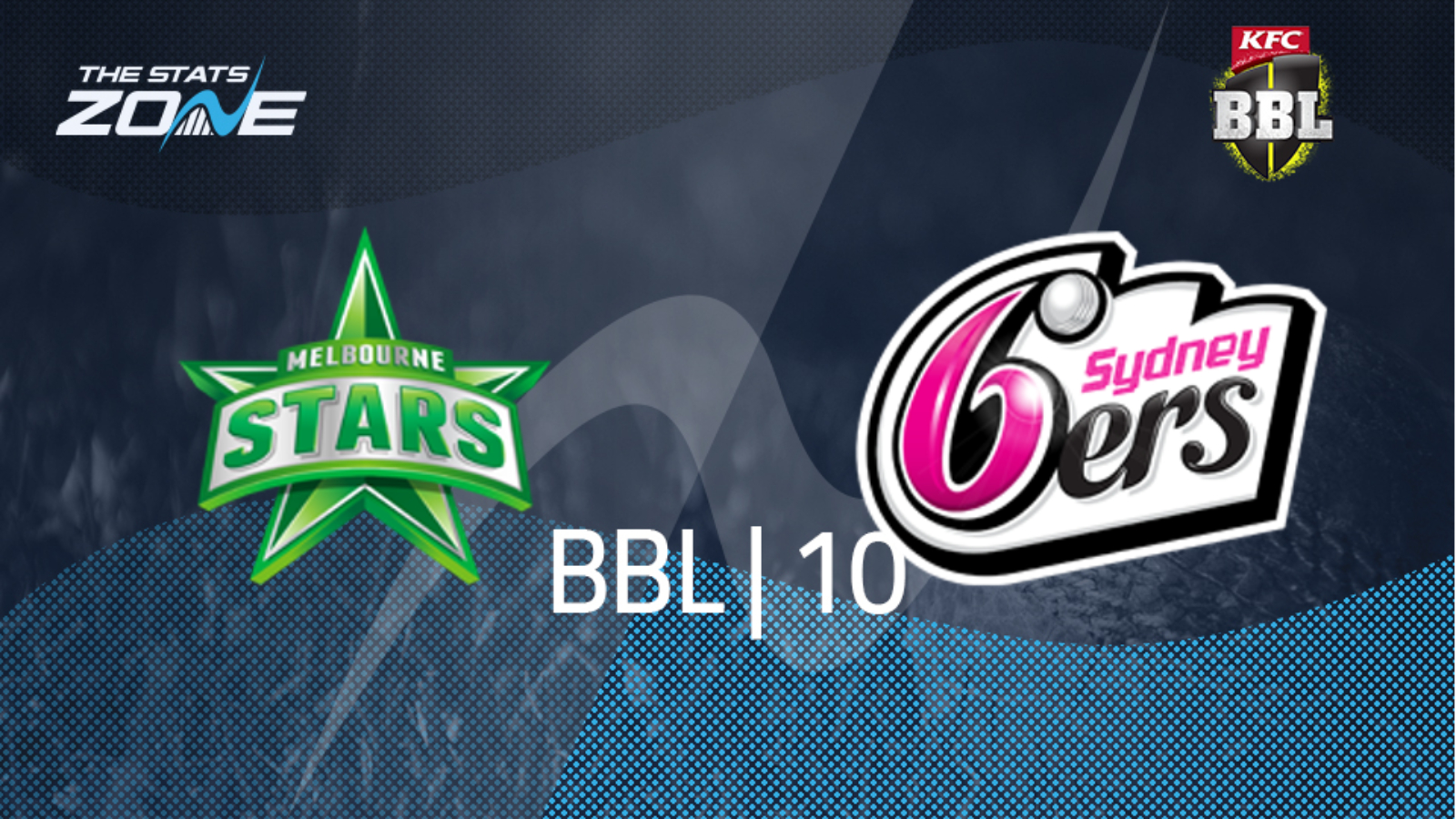 Where can I get tickets for Melbourne Stars vs Sydney Sixers? Ticket information for BBL10 can be found on this link

What channel is Melbourne Stars vs Sydney Sixers on in the UK? BT Sport

Where can I stream Melbourne Stars vs Sydney Sixers in the UK? BT Sport subscribers will be able to stream the match live via the BT Sport website & app

Melbourne Stars have gone from competition favourites to being on the verge of not even qualifying for the finals and if they are to have any chance, they must win this final round robin clash with reigning champions Sydney Sixers. The Stars have ended the campaign in poor form but a win here would give them a chance at progressing, as long as results elsewhere do not eliminate them beforehand. The Sixers have also lost their last two and their bowling unit are under immense pressure after leaking a plethora of runs in those games, although the way they ended the innings against Hobart Hurricanes last time out will give them something to work with. The Stars have looked a shadow of the side that started to hit their straps just a few games into the tournament and while they are capable of pulling out a big performance, it is their own issues with the ball that will be a big concern. The Sixers will not want to go into the finals on the back of three consecutive losses and they can stop the rot here to end the Stars’ hopes of a top five finish.