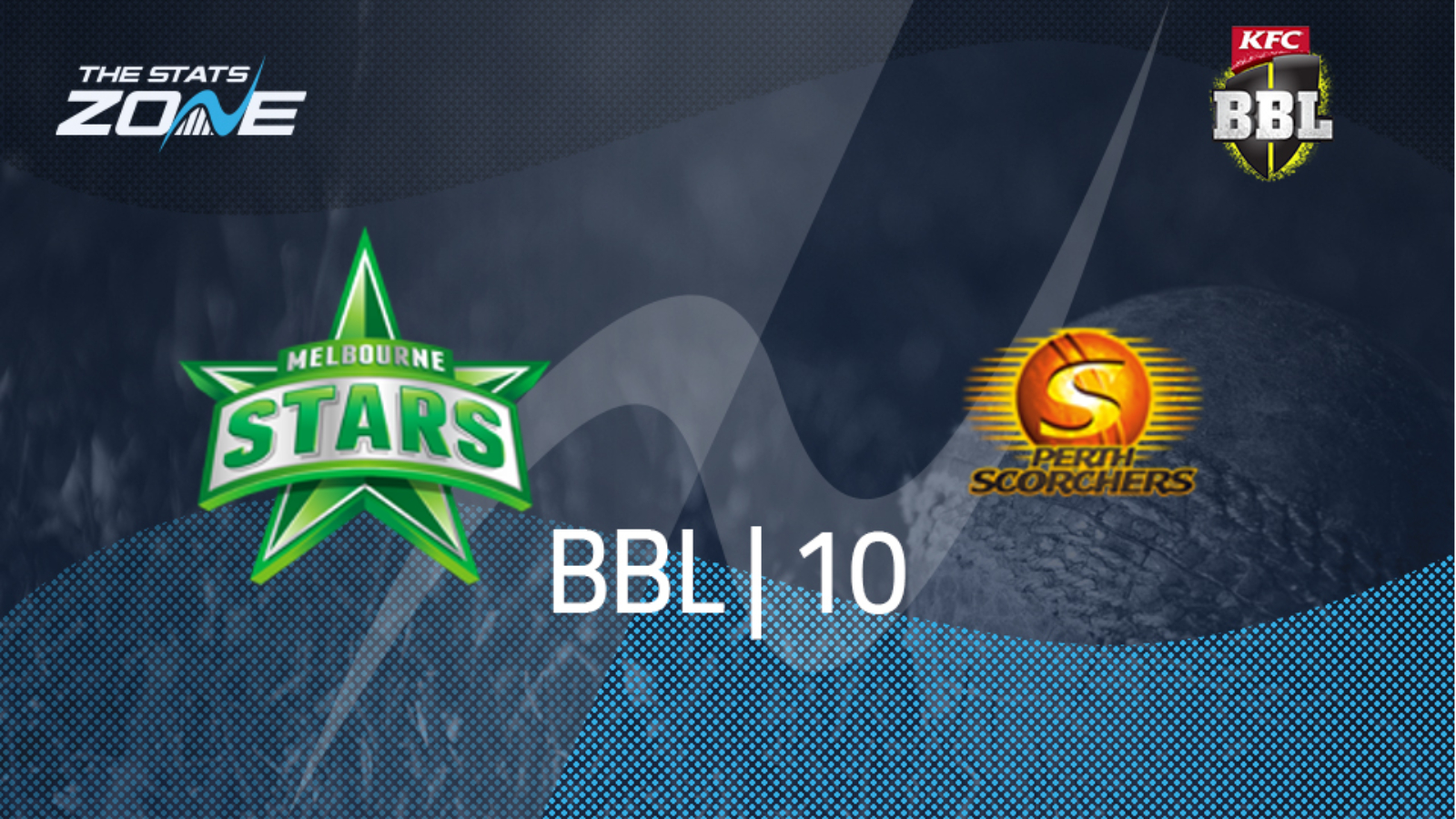 Where can I get tickets for Melbourne Stars vs Perth Scorchers? Ticket information for BBL10 can be found on this link

What channel is Melbourne Stars vs Perth Scorchers on in the UK? BT Sport

Where can I stream Melbourne Stars vs Perth Scorchers in the UK? BT Sport subscribers will be able to stream the match live via the BT Sport website & app

Melbourne Stars will come into this clash inside the top five but their position is far from secure and another defeat here against Perth Scorchers could prove to be fatal. The in-form Scorchers have won seven of their last eight contests and their all-round ability looks like it can take them far in this tournament. Their batting line-up is full of quality and they also bat deep while they have the class of Jhye Richardson with the ball. He is the holder of the Golden Arm at the time of writing having taken 25 wickets so far in this competition and he will be the danger man that the Stars have to look out for. Their batting efforts have been underwhelming at times in their last handful of matches and there is plenty of pressure on the likes of Marcus Stoinis and Glenn Maxwell in what shapes as a vital contest. The Stars have the quality to come out on top but with the Scorchers in such fine form, the Perth outfit have to be fancied to secure their spot in the finals with a win here.