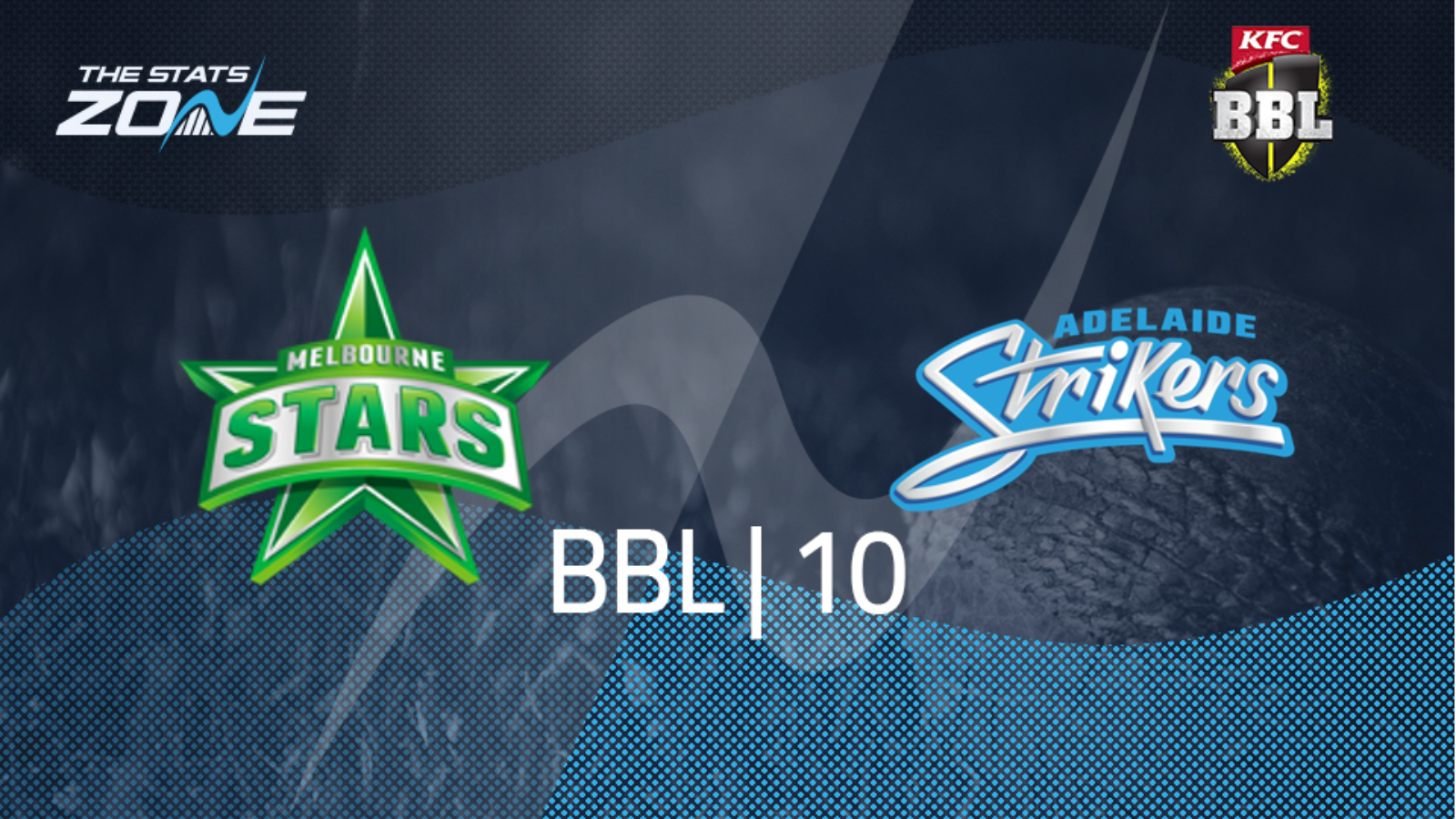 Where can I get tickets for Melbourne Stars vs Adelaide Strikers? Ticket information for BBL10 can be found on this link

What channel is Melbourne Stars vs Adelaide Strikers on in the UK? BT Sport

Where can I stream Melbourne Stars vs Adelaide Strikers in the UK? BT Sport subscribers will be able to stream the match live via the BT Sport website & app

Melbourne Stars looked like the team to beat in the early stages of BBL|10 but they are now in a real battle to even make the finals after a long run of disappointing results. Some of their big names are failing to fire and with Nicholas Pooran leaving camp before their last game to return home, there are some big shoes to fill in their side. There is now a lot of pressure falling at the feet of Glenn Maxwell and Haris Rauf, with the latter failing to hit the ground running since his late arrival. Adelaide Strikers must also deal with some adversity after Rashid Khan played his final game of the tournament in the win over the Stars last time out but their batsmen are performing well and with Wes Agar challenging for the Golden Arm with 17 wickets so far, the Strikers can make it back-to-back wins to leave the Stars in a perilous position.