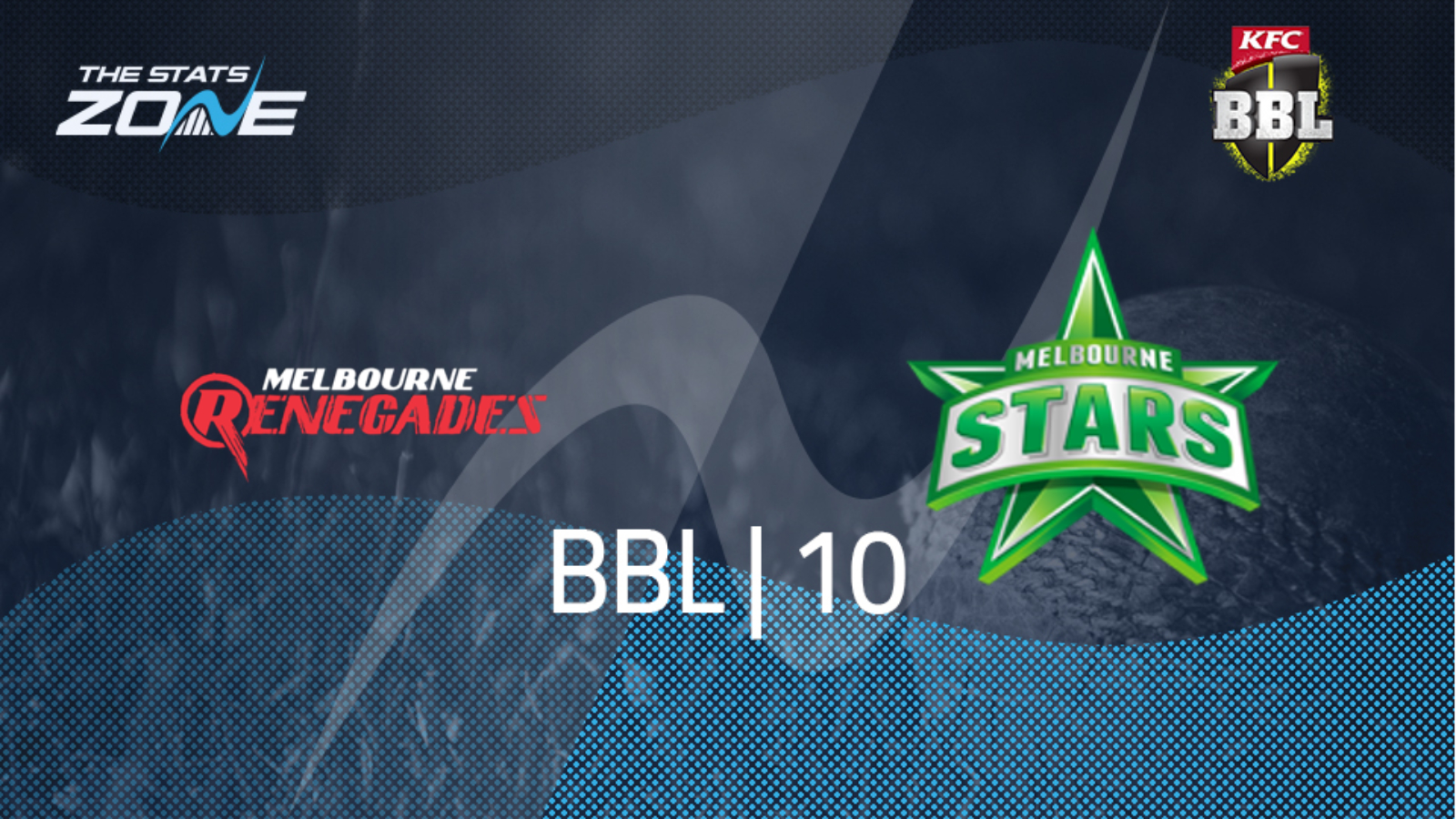 Where can I get tickets for Melbourne Renegades vs Melbourne Stars? Ticket information for BBL10 can be found on this link

What channel is Melbourne Renegades vs Melbourne Stars on in the UK? BT Sport

Where can I stream Melbourne Renegades vs Melbourne Stars in the UK? BT Sport subscribers will be able to stream the match live via the BT Sport website & app

Melbourne Stars have thrust themselves back into contention for a spot in the finals of BBL|10 with back-to-back wins and they will hope to make it three successes in a row as they take on their Melbourne rivals for the second game in succession. The Renegades have managed just two wins all campaign and time is running out for them to make a late run to at least end on a high. The Stars showed some good qualities with both bat and ball in their six-wicket success last time out and while they might have to make a change to their batting line-up with Andre Fletcher picking up a knock, the Stars’ demonstrated how deep they can bat in that win. They will start as favourites once again and with the Renegades still highlighting their own frailties with the bat as they collapsed from 120/3 to 150 all out, the Stars can justify their favouritism to give their hopes of making the finals a huge boost with a third straight victory.