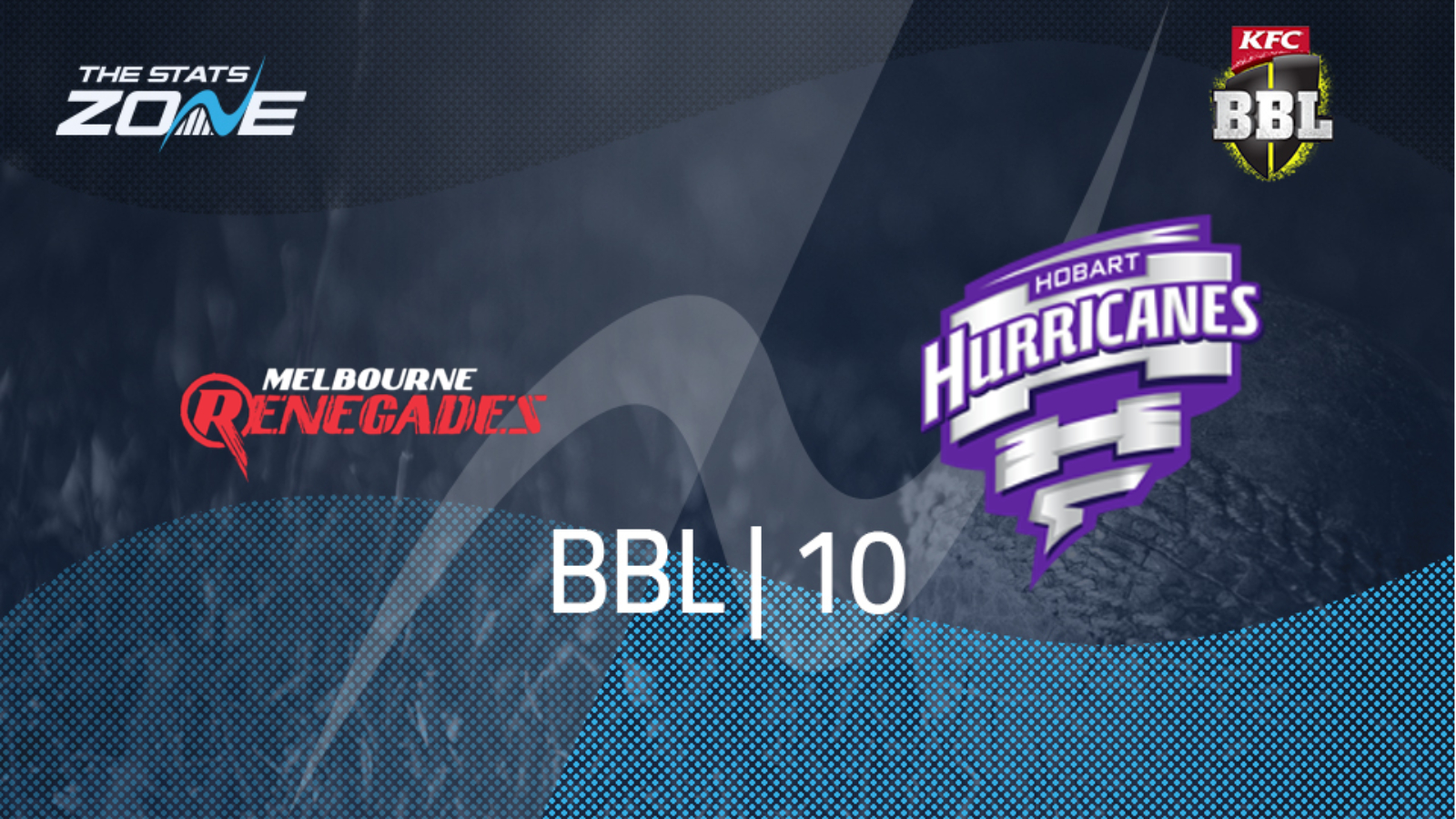 Where can I get tickets for Melbourne Renegades vs Hobart Hurricanes? Ticket information for BBL10 can be found on this link

What channel is Melbourne Renegades vs Hobart Hurricanes on in the UK? BT Sport

Where can I stream Melbourne Renegades vs Hobart Hurricanes in the UK? BT Sport subscribers will be able to stream the match live via the BT Sport website & app

Hobart Hurricanes know that a win in this final game of the round robin will secure their spot in the finals of BBL|10. They take on bottom side Melbourne Renegades and will be full of confidence after toppling reigning champions Sydney Sixers in their last clash. Their top four has been bolstered by the return of skipper Matthew Wade and they have the talent to go big, as they have shown of late with two of their last three batting efforts seeing them surpass 180 runs. The Renegades have endured a miserable campaign having won just three of their matches and while they will be under no pressure to produce a performance here, a focused Hobart outfit can punish them – especially with the bat – to book their spot in the finals.