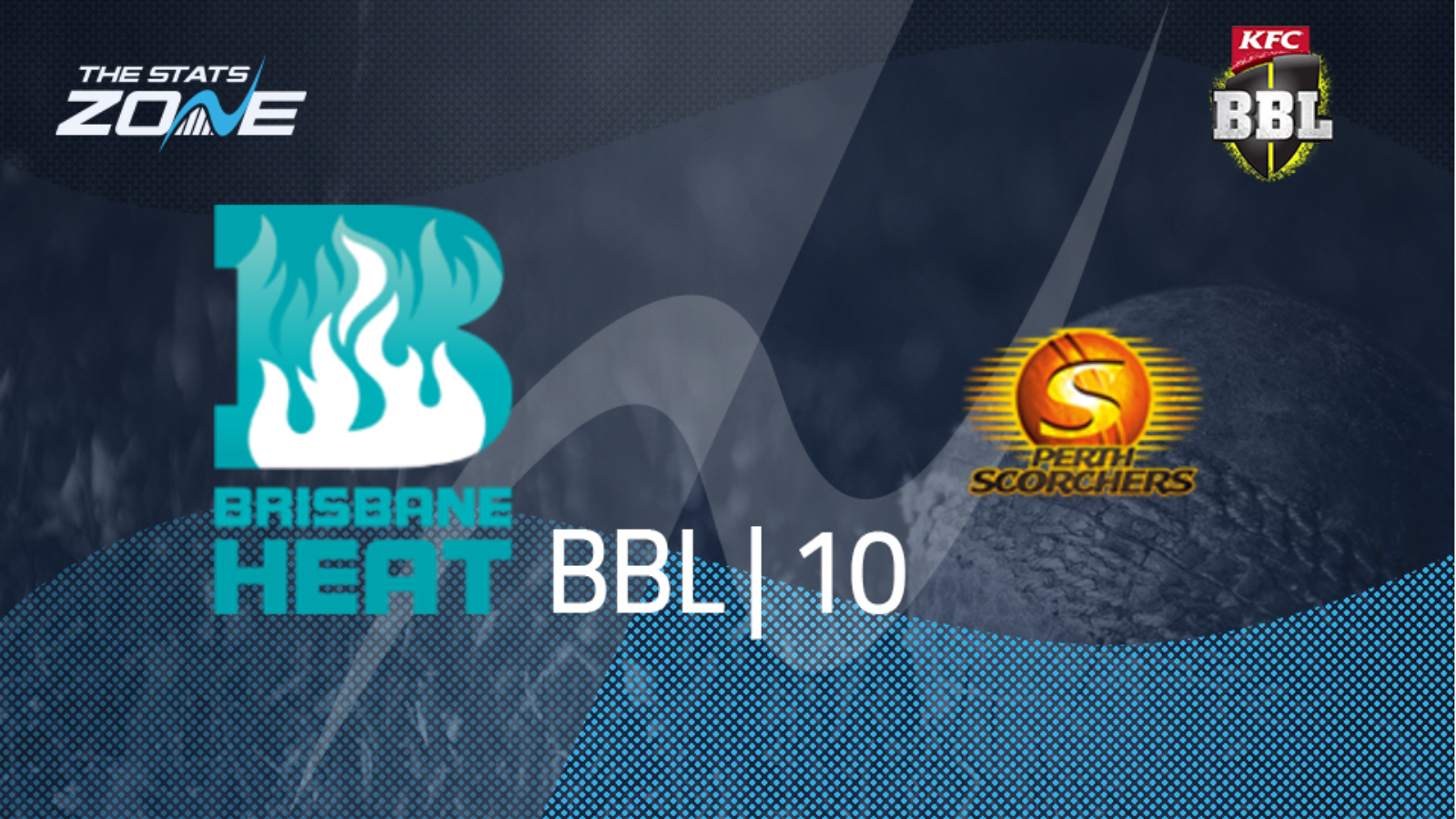 Where can I get tickets for Brisbane Heat vs Perth Scorchers? Ticket information for BBL10 can be found on this link

What channel is Brisbane Heat vs Perth Scorchers on in the UK? BT Sport

Where can I stream Brisbane Heat vs Perth Scorchers in the UK? BT Sport subscribers will be able to stream the match live via the BT Sport website & app

Perth Scorchers look like the team to beat in BBL|10, owing to their prolonged excellent run of form and they will want to wrap their round robin campaign up with a ninth win from their last ten matches which could secure them top spot on the ladder. They look a real threat with the bat and have the likes of Jason Roy and Colin Munro in superb form. Their top six is a match for anyone in the competition but they can also mix it up with the ball too. They will need to impress in that area as they take on Brisbane Heat, a side desperate for the victory themselves as they attempt to force their way into the top five. A win may not even be enough for the Heat and they will need to claim the Bash Boost point to aid their chances but that could play on their minds and put them under further pressure. The Scorchers have the ability to punish any errors and with their current record in mind, they should be able to come out on top again.