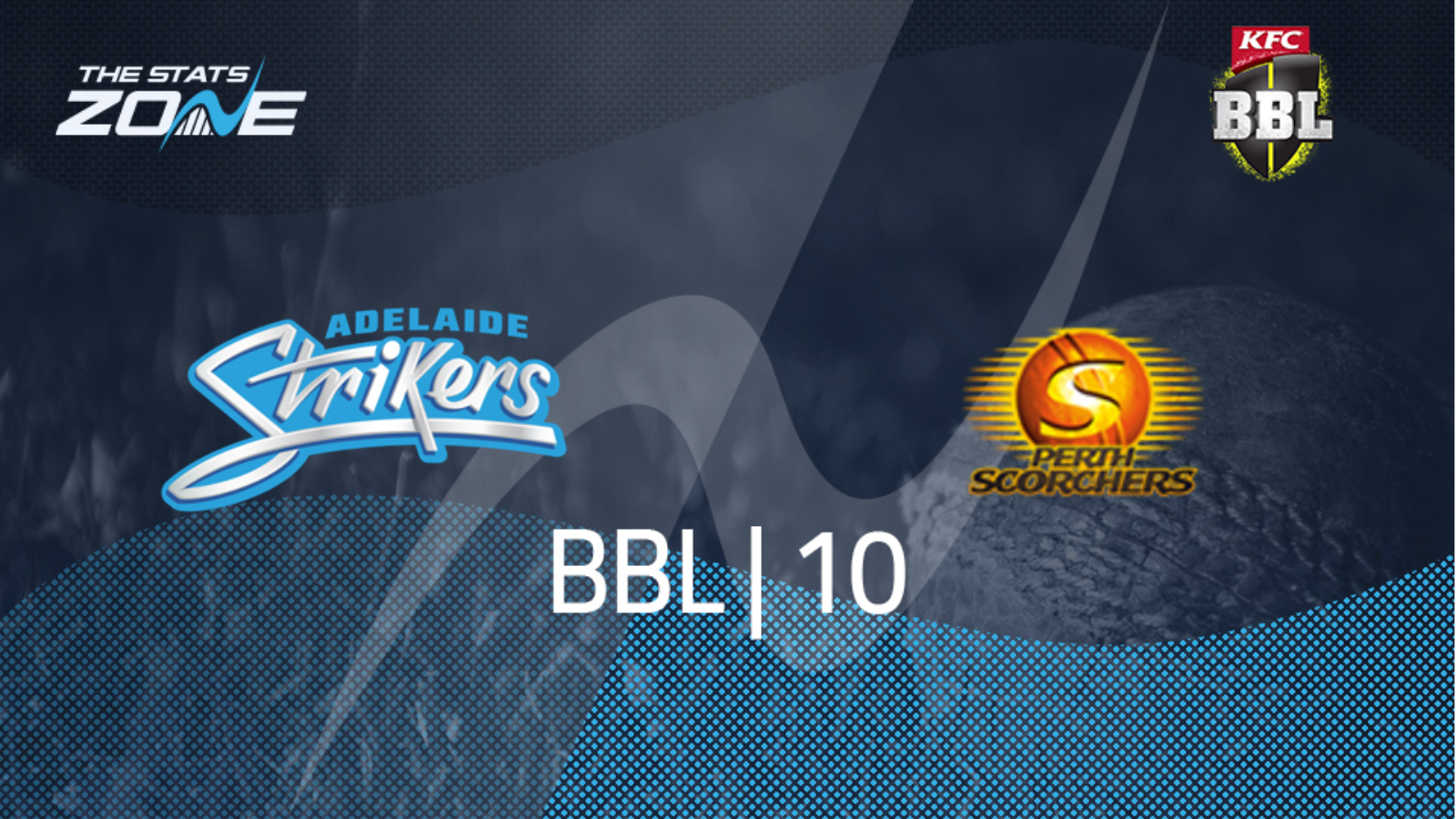 Where can I get tickets for Adelaide Strikers vs Perth Scorchers? Ticket information for BBL10 can be found on this link

What channel is Adelaide Strikers vs Perth Scorchers on in the UK? BT Sport

Where can I stream Adelaide Strikers vs Perth Scorchers in the UK? BT Sport subscribers will be able to stream the match live via the BT Sport website & app

Perth Scorchers are now the only side yet to earn a victory in BBL|10 and even at this early stage of the competition, they can ill-afford for that run to continue with a spot in the finals looking beyond them if they do not break their duck soon. They face a tough task as they come up against an Adelaide Strikers side that swept them aside in their most recent contest and if their top order fail to fire once again, they could be in trouble. The Strikers impressed with both bat and ball in that clash to make it three wins from their last four matches and with the respective form of the two teams as well as how they performed in their last clash, Adelaide should be able to earn another victory here.