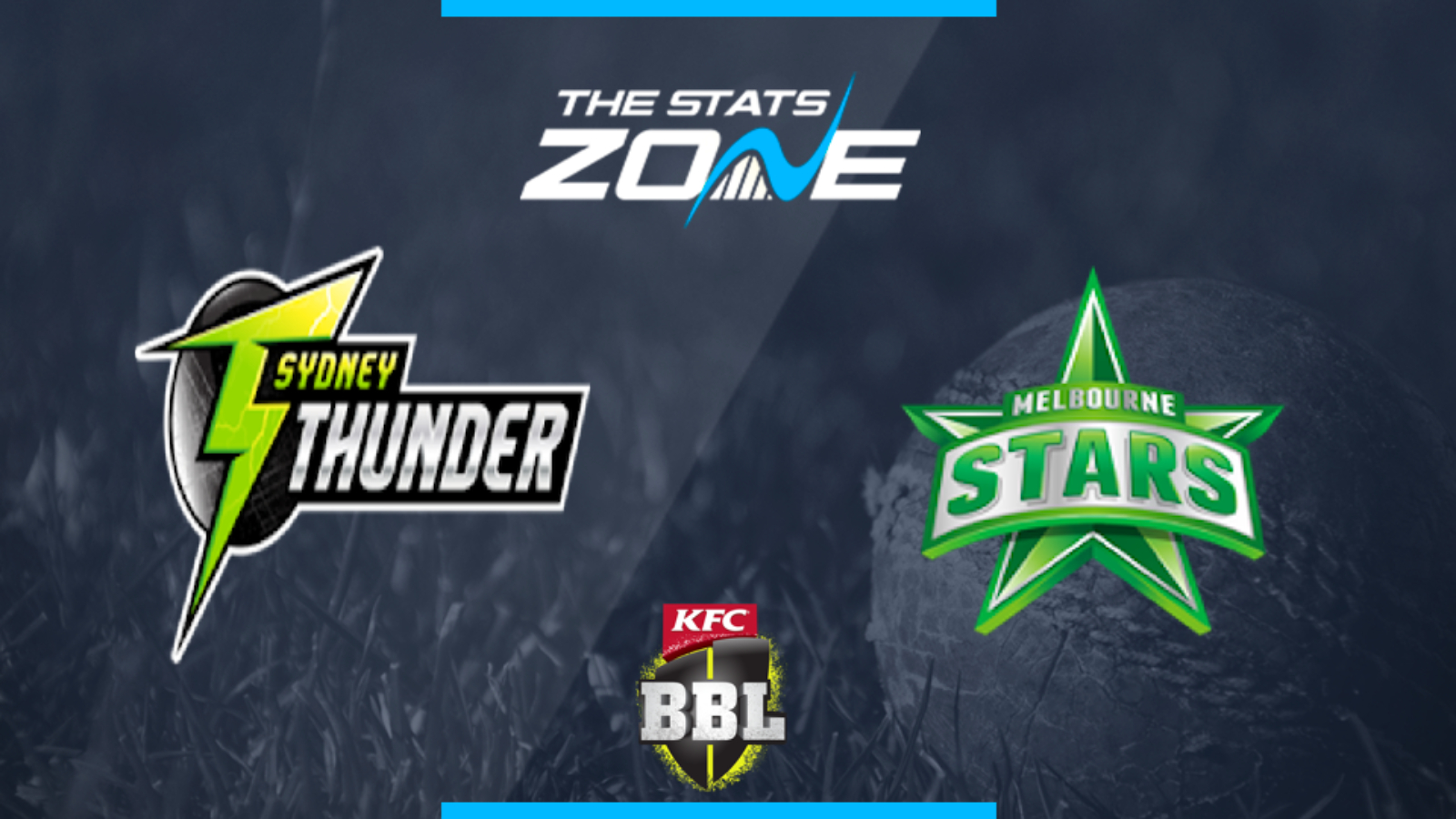 What is the expected weather for Sydney Thunder vs Melbourne Stars? 21c with cloud but no rain forecast

What television channel is Sydney Thunder vs Melbourne Stars on in the UK? BT Sport have the rights to BBL09 matches so it is worth checking their schedule

Where can I stream Sydney Thunder vs Melbourne Stars in the UK? If televised, BT Sport subscribers will be able to stream the match live via the BT Sport website & app

Where can I get tickets for Sydney Thunder vs Melbourne Stars? Visit the official BBL website for ticket information

What was the outcome in the last meeting? Melbourne Stars beat Sydney Thunder by 8 wickets

This promises to be a highly entertaining match between two in-form teams as the Thunder welcome the Stars. The matchup between Sydney’s star-studded top three batsmen – Khawaja, Hales and Ferguson – against the Stars superb bowling unit of Steyn, Coulter-Nile, Zampa and Lamichhane, promises to be explosive and whichever unit gets the better of that contest will likely decide the match. The Stars have the greater all-round quality and have the bit between their teeth after being runners-up last year, and they can pick up the win in what should be a close-fought contest.