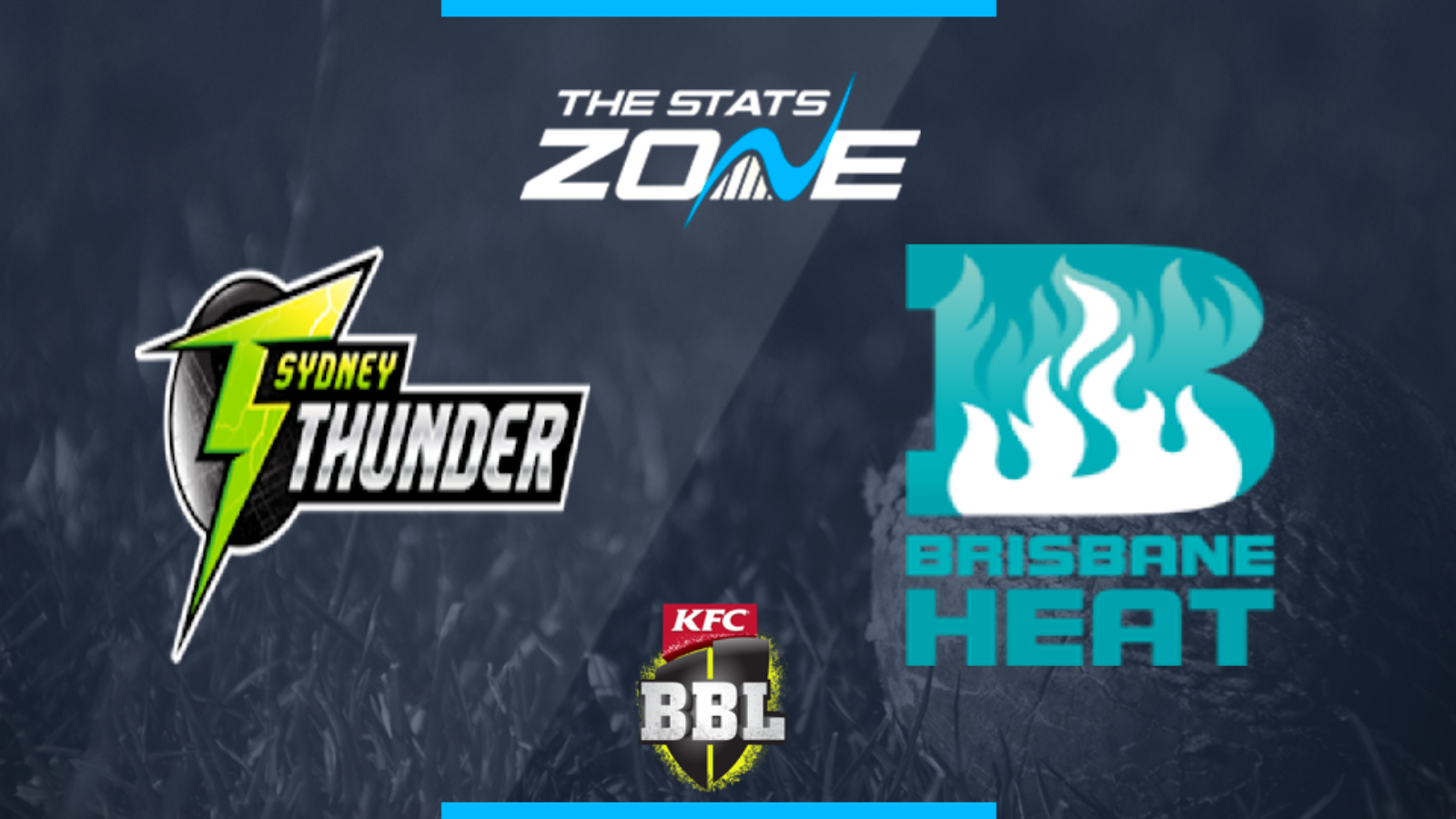 What is the expected weather for Sydney Thunder vs Brisbane Heat? 22c with showers in the morning that should not affect play

What television channel is Sydney Thunder vs Brisbane Heat on in the UK? BT Sport have the rights to BBL09 matches so it is worth checking their schedule

Where can I stream Sydney Thunder vs Brisbane Heat in the UK? If televised, BT Sport subscribers will be able to stream the match live via the BT Sport website & app

Where can I get tickets for Sydney Thunder vs Brisbane Heat? Visit the official BBL website for ticket information

What was the outcome in the last meeting? Sydney Thunder beat Brisbane Heat by 29 runs

Sydney Thunder welcome Brisbane Heat keen to get the win and maintain their place in the top four and keep the Heat at bay behind them. They were not at their best last time out against the Stars but they arguably have the better balanced team compared to the Heat whose only two wins have come when their batting department have produced the goods and scored heavily. Their only real chance of winning matches appears to be in high-scoring shootouts when Lynn and company blast the opponents out of sight. That will not be easy against the Thunder who do not have the best bowling attack in the tournament but are well balanced, and their top three batsmen are capable of matching the Heat’s. The Thunder’s better bowling attack just gives them the edge here and the fact they have already beaten them once only supports that.