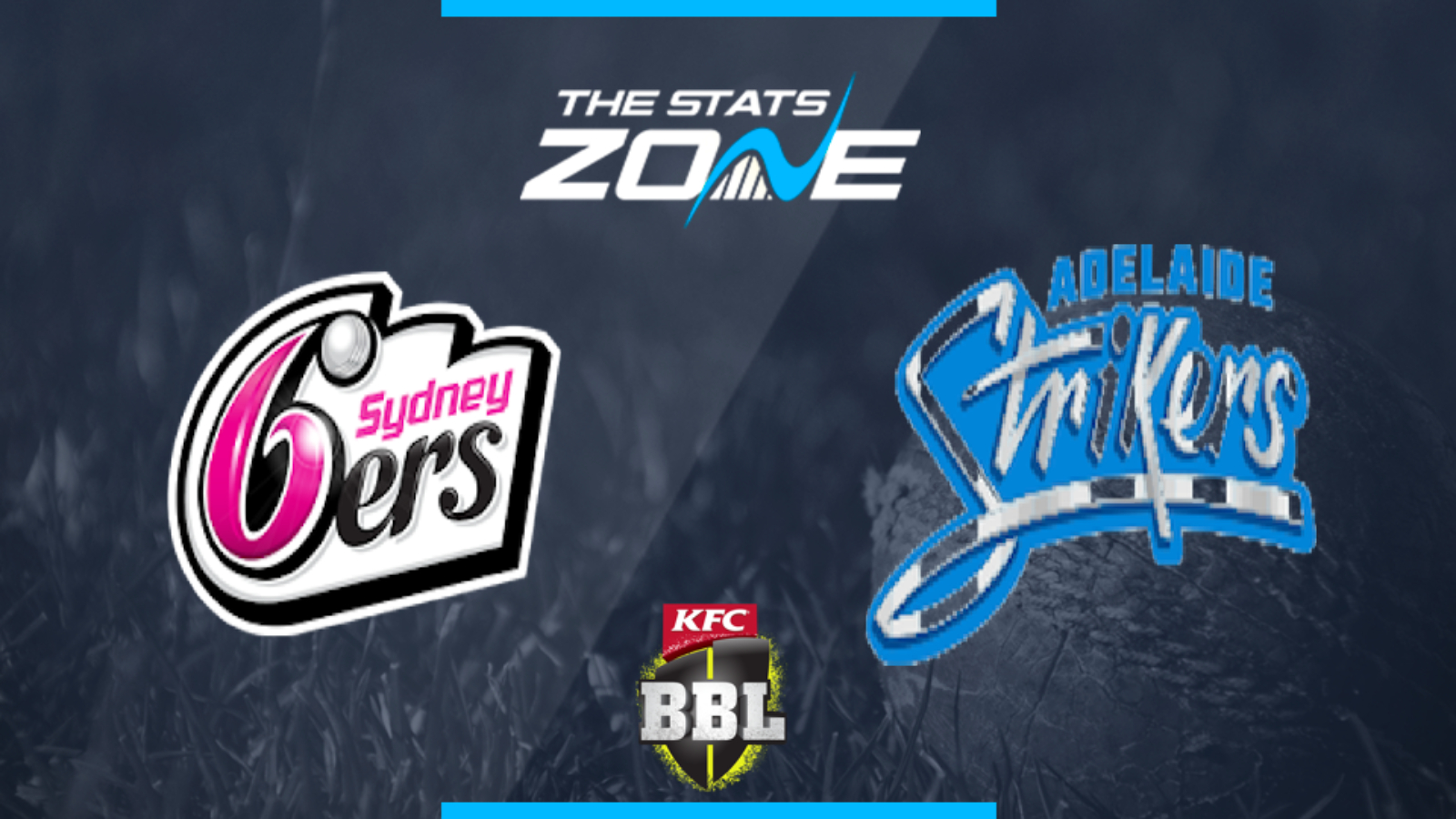 What is the expected weather for Sydney Sixers vs Adelaide Strikers? 25 with cloud but rain unlikely

What television channel is Sydney Sixers vs Adelaide Strikers on in the UK? BT Sport have the rights to BBL09 matches so it is worth checking their schedule

Where can I stream Sydney Sixers vs Adelaide Strikers in the UK? If televised, BT Sport subscribers will be able to stream the match live via the BT Sport website & app

Where can I get tickets for Sydney Sixers vs Adelaide Strikers? Visit the official BBL website for ticket information

What was the outcome in the last meeting? Sydney Sixers beat Adelaide Strikers by 8 wickets

This is a relatively evenly-matched game between two strong teams that come into this game sat in second (Sixers) and third (Strikers) in the BBL ladder. The Sixers bowling unit has been one of the best in the tournament so far and has been strengthened even more so for this game with Josh Hazelwood being called up for the first time. The Sixers bowling attack is arguably the real game changer in this match and that may just give them the edge. Their batting is weakened without Henriques, however, so the bowlers will have to be at their best against the Strikers, whose batting line-up is certainly the stronger of the two. There is little to separate the teams but the edge just goes to the Strikers with Michael Neser in the team bolstering a solid batting and bowling line-up.