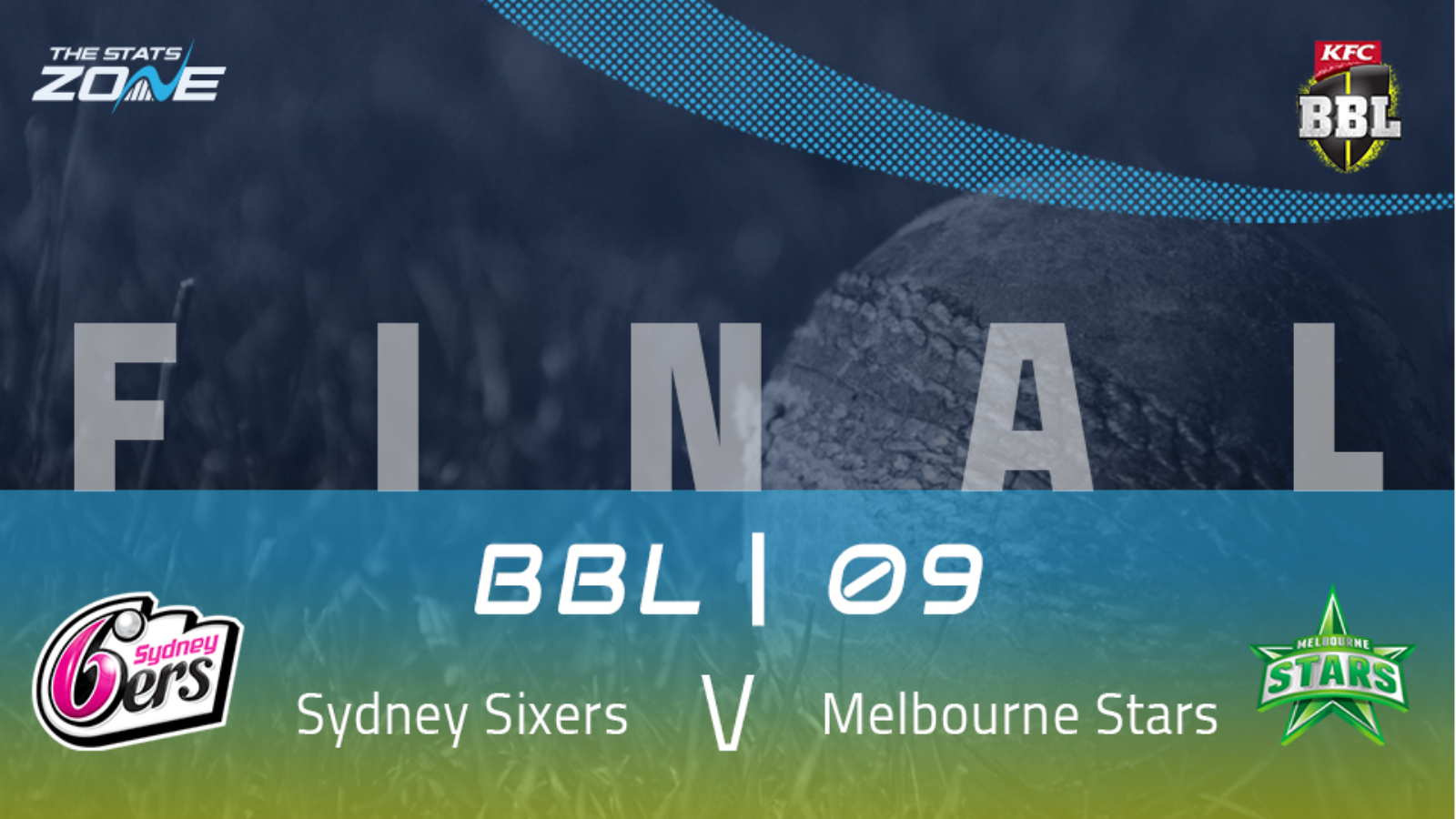 What is the expected weather for Sydney Sixers vs Melbourne Stars? 21c but rain and heavy winds could impact play

What television channel is Sydney Sixers vs Melbourne Stars on in the UK? BT Sport have the rights to BBL09 matches so it is worth checking their schedule

Where can I stream Sydney Sixers vs Melbourne Stars in the UK? If televised, BT Sport subscribers will be able to stream the match live via the BT Sport website & app

Where can I get tickets for Sydney Sixers vs Melbourne Stars? Visit the official BBL website for ticket information

What was the outcome in the last meeting? Sydney Sixers beat Melbourne Stars by 43 runs

The teams that finished first and second on the ladder during the round robin stage will face-off for the right to be crowned winners of BBL|09. There are big worries surrounding the weather heading into the final with heavy rain and winds expected throughout the day leading up to the game and it is not expected to subside come the off which could cause a washout. If that is the case, the Sixers would lift the title as hosts but that is likely to be the case anyway with them proving too good the last time the teams last met and their top-order possesses too much strength in depth for the Stars, whose wait for a maiden title looks set to continue.