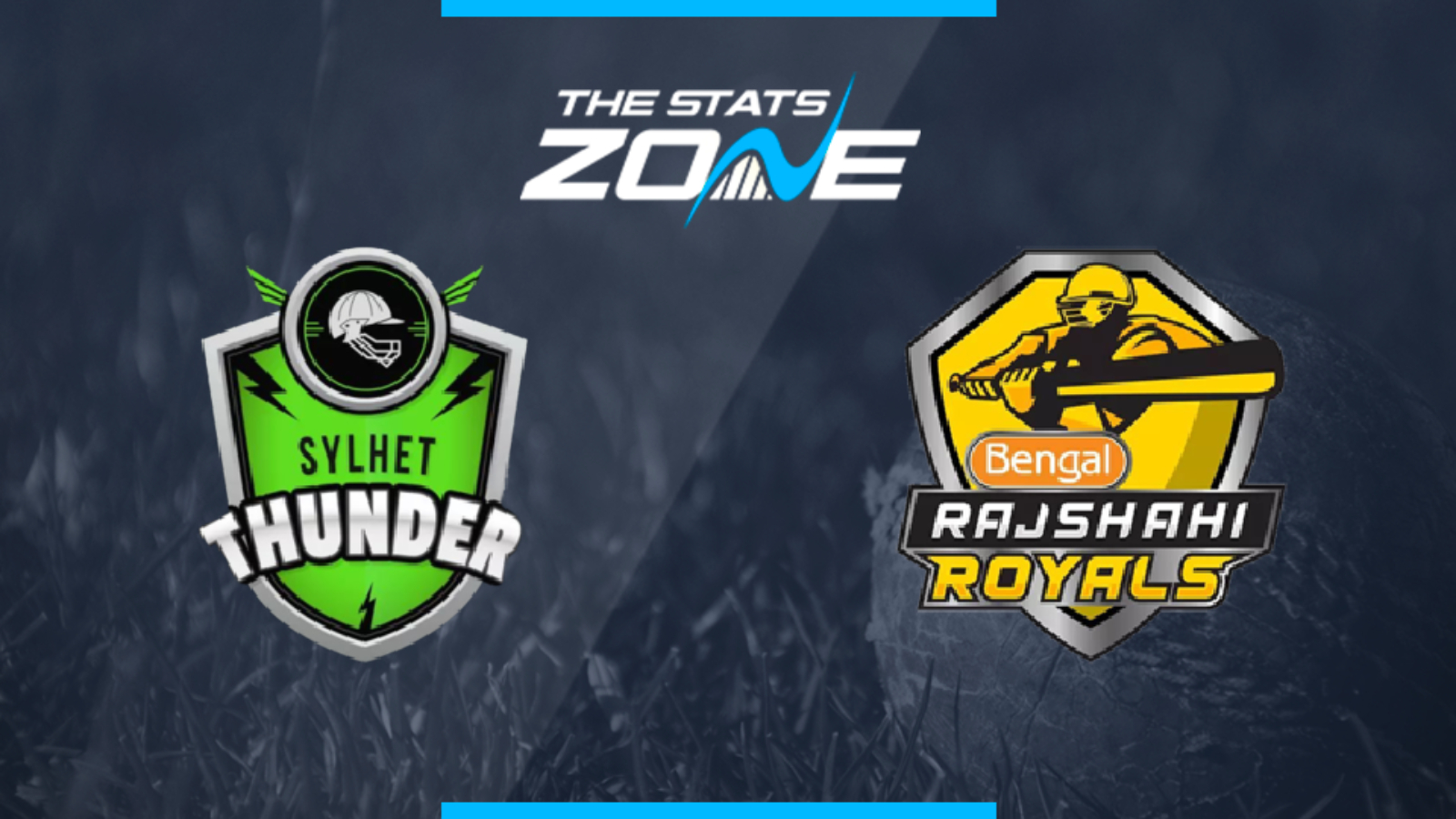 What is the expected weather for Sylhet Thunder vs Rajshahi Royals? 23c with sunshine and the occasional cloudy spell forecast

Where can I get tickets for Sylhet Thunder vs Rajshahi Royals? Tickets for this match can be purchased directly from the stadium

What was the outcome in the last meeting? Rajshahi Royals beat Sylhet Thunder by 8 wickets

Sylhet Thunder are generally lacking in quality as their overseas stars have been relatively inconsistency and they possess the weakest set of local players in the tournament. That makes them difficult to like especially when motivation may be wavering although they will be desperate to win their final game on home turf. They face Rajshahi Royals who will be keen to avoid defeat after two in a row prior to the Rangers win. They are without star man Andre Russell but that may help them in some respects to get back to basics and force others to step up. Even without Russell, they possess the better team and while Thunder should make this competitive, the Royals should get the win.